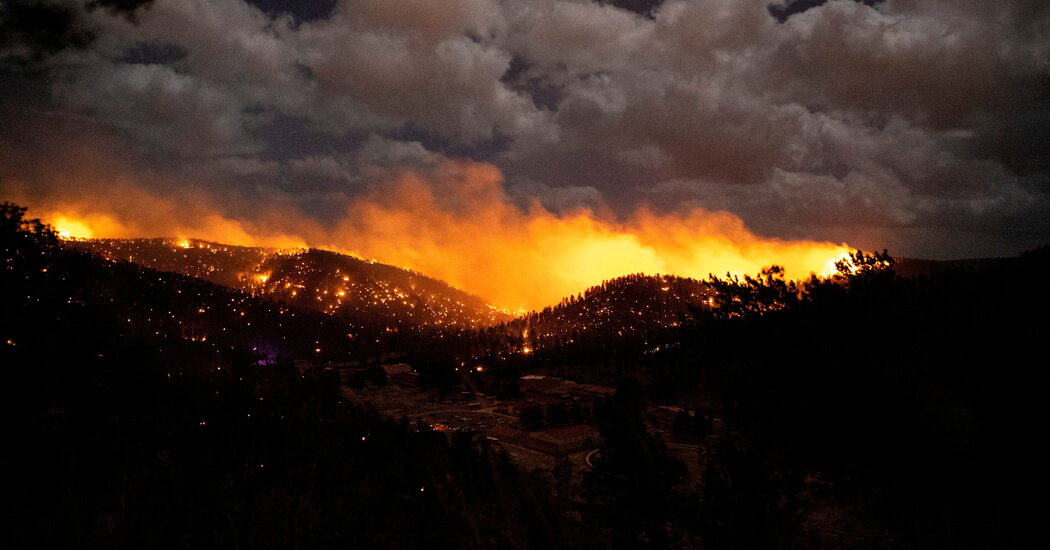 Two people were killed in a large springtime wildfire in New Mexico that has burned more than 5,000 acres in the Sierra Blanca mountain range, the authorities said on Wednesday.

The victims, an older couple, were found Wednesday in a burned home in Ruidoso, in southern New Mexico, according to the New Mexico Department of Public Safety. They were recorded as the first fatalities of the blaze, known as the McBride fire, as it burned into a third day.

The Ruidoso police found the victims after receiving “information about an elderly couple who attempted to evacuate the McBride fire but were unaccounted for by family members,” the safety department said in a statement on Wednesday.

The New Mexico State Police are working with the Office of the Medical Investigator to identify the victims and determine the cause and manner of their death. Officials said they would release the victims’ names once their identification had been made by the medical examiner and their next of kin notified.

The McBride fire began Tuesday afternoon in Ruidoso, a village in the Sierra Blanca mountain range, according to New Mexico Fire Information, a state website.

As of Thursday morning, the fire had scorched more than 5,700 acres of grass, brush and timber and was 0 percent contained. It was not clear what sparked the fire.

The blaze has destroyed or damaged at least 200 structures and houses and has caused power and gas outages, officials said.

As the fire spread, evacuations were ordered in the village.

The fire is one of at least five blazes burning in New Mexico. The fires, known as Hermits Peak, Overflow, Big Hole and Nogal Canyon, have burned more than 13,000 acres of land in the state, according to InciWeb, a site that tracks fires around the country.

The largest fire, Hermits Peak, is in Santa Fe National Forest in northern New Mexico, and had burned more than 6,200 acres and was 10 percent contained as of Wednesday, according to New Mexico fire officials.

Strong winds were driving the fire, according to the San Miguel County Sheriff’s Office, which estimated sustained winds of 50 to 60 miles per hour with gusts up to 70 m.p.h. The office said it had issued several evacuation orders.

The National Weather Service in Albuquerque said that wind speeds would continue to decrease on Thursday, but that “gusty conditions remain likely across” eastern New Mexico and “exceptionally dry conditions continue.”

Wildfires are increasing in size and intensity in the Western United States, and wildfire seasons are growing longer. Recent research has suggested that heat and dryness associated with global warming are major reasons for the increase in bigger and stronger fires.

Days of abnormally high temperatures have contributed to the intensity of fires, by making vegetation drier and more likely to ignite. Analyses have shown that climate change has increased the likelihood of such extreme heat waves.