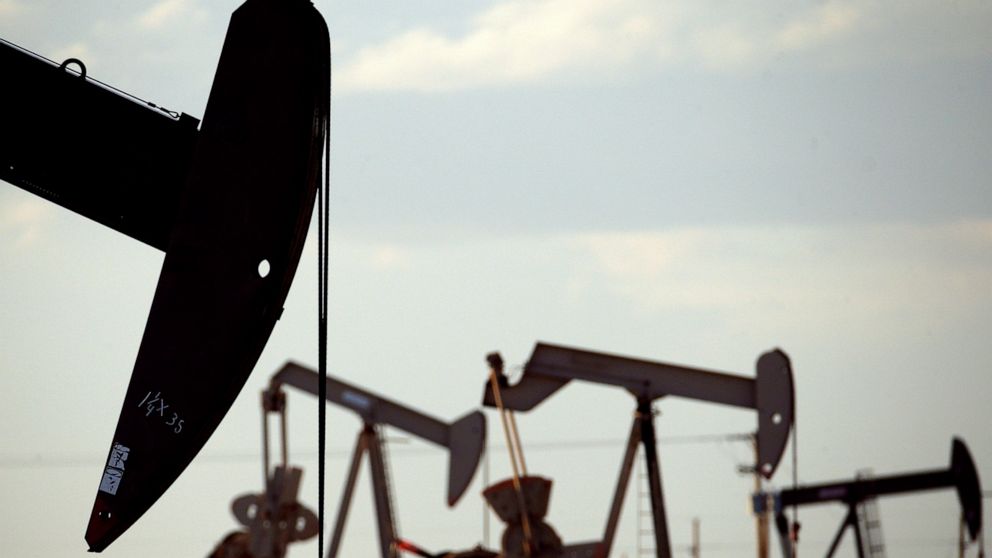 New Mexico’s financial assurance requirements for oil and gas wells, pipelines and related infrastructure fall far short of what would be needed to offset closure and cleanup costs

ALBUQUERQUE, N.M. — New Mexico’s financial assurance requirements for oil and gas wells, pipelines and related infrastructure fall far short of what would be needed to offset closure and cleanup costs, according to the findings of an independent study released Thursday.

The research was commissioned by the state after concerns were raised last year about taxpayers being left on the hook if companies go bankrupt or abandon their operations without plugging wells, decommissioning pipelines or cleaning up.

While bonding requirements can vary widely depending on location and the type of well, the study estimated the bonding gap for companies operating on state trust lands and private land at more than $8 billion. For example, closure and cleanup costs for an oil well on state trust land were estimated at more than $218,000 while financial assurance amounted to just $3,500.

For pipelines on trust land, the study estimated average financial assurance is about $51 per mile, while the average decommissioning and surface reclamation cost is likely to top $211,000 per mile.

Land Commissioner Stephanie Garcia Richard called the gaps in financial assurance “staggering,” and said the state needs to ensure companies are adequately bonded so the costs of plugging wells, remediating spills and contamination, and reseeding disturbed areas will be covered.

“No one can afford these obligations if they have gone bankrupt. That is why we need companies to be adequately bonded on the front end,” she said.

The State Land Office is planning a series of public meetings on how increasing bond amounts for oil and gas operators would affect communities, workers and small businesses.

Oil and gas is a driving force of New Mexico’s economy and the state budget. The State Land Office reported oil and gas royalty earnings of nearly $110 million in April, which marked a record. Much of that goes to support public education and other trust land beneficiaries.

“Enormous sums of taxpayer money and money meant for public schools, along with the long-term health of our lands, are on the line,” Garcia Richard said, noting that there would be less money for beneficiaries if funds are diverted for cleanup.

Concerns about the inadequacy of bonds goes beyond New Mexico. A 2019 report by the U.S. Government Accountability Office (GAO) highlighted bonding shortfalls on federal lands and found that oil and gas bond amounts largely have not been updated in 40 years or more and fail to serve their intended purpose.

Abandoned wells have been an issue across much of the West, and some officials are concerned the problem could grow given the increase in development in places such as the Permian Basin, which straddles the Texas-New Mexico border.

The New Mexico Oil Conservation Division last year tallied the number of orphaned and abandoned wells in the state at more than 700, of which only 6% have been plugged. While the state has a restoration program funded by a tax on oil and gas operators, officials say its $5 million budget would be drained quickly considering the number of wells needing to be plugged and remediated.

According to a 2020 legislative analysis, the State Land Office pulled one bond for a produced water spill in Lea County that occurred more than five years ago. The estimated cleanup cost was over $600,000, but the bond only covered $10,000.

The study highlighted some of the differences between the bonding requirements of the two state agencies. The Oil Conservation Division requires financial assurance to fund well plugging and land restoration efforts if a permit holder doesn’t comply. However, that assurance is not intended to secure payment for landowners whose livestock, crops or property may be damaged.