New ‘Ionogels’ Are Tough, Stretchable and Easy to Make 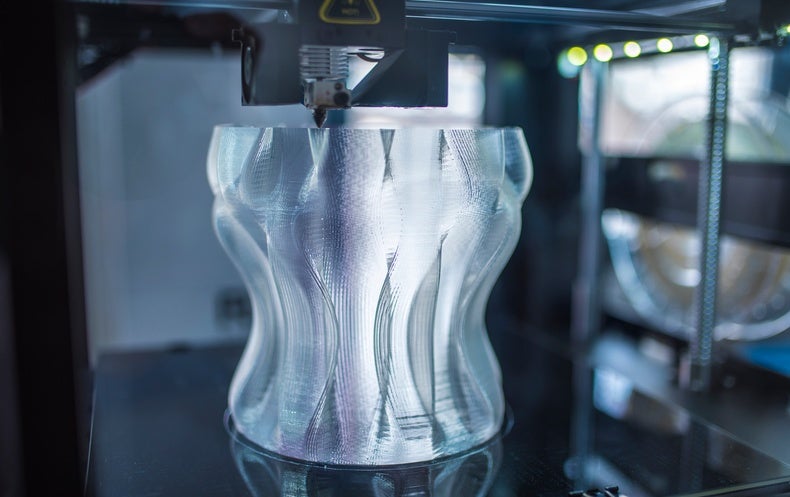 Flexible, squishy hydrogel materials are used in a dizzying array of applications, from soft contact lenses to Jell-O. But all share a common structure: a tangled network of polymer chains soaked in water. Now researchers have developed a new version of a hydrogel cousin that is tougher and could perhaps find even more uses, including longer-lasting batteries. Meet their “ionogel.”

Instead of water, ionogel polymers are inundated with an ionic liquid. This fluid is made up of positively and negatively charged ions—like the composition of table salt. But an ionic liquid does not assemble into a crystalline solid at room temperature. Nevertheless, the strong bonds between ions ensure the liquid does not evaporate like water. And thanks in part to the sticking power of ions, polymers soaked in an ionic liquid can be tougher than those in hydrogels.

Michael Dickey, a chemical engineer at North Carolina State University, and his colleagues have devised a new method for creating ionogels with mechanical properties he describes as “best in class.” They are harder to break than either cartilage or natural rubber while remaining soft and stretchy. (One type of ionogel can stretch up to seven times its length, Dickey says—more than twice as far as a rubber band can). His team’s ionogels conduct electricity and remain stable amid shifting temperatures. And if heat is applied, they can self-heal a cut or tear. The new material is described in a recent study published in Nature Materials.

“These transparent ionogels have remarkably tough mechanical properties and are distinguished by how easy they are to prepare,” says Xuanhe Zhao, a mechanical engineer at the Massachusetts Institute of Technology, who reviewed the study but was not directly involved in the work. Other researchers have developed their own ionogels, but making them typically involved multiple steps or complex chemistry. Using the new formula, Dickey and his colleagues simply mixed an ionic liquid with the building blocks (called monomers) of two different types of polymers and then shone light on the liquid to trigger the monomers to link up into polymer chains. “In this case, one plus one equals 100,” Dickey says. “You take these two materials that, by themselves, are [common], but then you put them in this new environment, and you get something remarkably tough.”

Ionogels made with this new method could have many applications. Their toughness and stretchiness make them a good candidate for cushioning to protect against car accidents or explosions. They solidify when exposed to light, so an ionogel formulation could be used to 3-D print hard-to-break objects. And because their ions can carry a charge, the gels could be used in a rechargeable battery, where the researchers say it would resist degradation better than the liquid electrolytes currently in use.

Those are just a few possibilities, Dickey says. “When you have a material that’s so easy to make and has such great properties,” he adds, “it’s bound to find applications that are probably even beyond my imagination.”