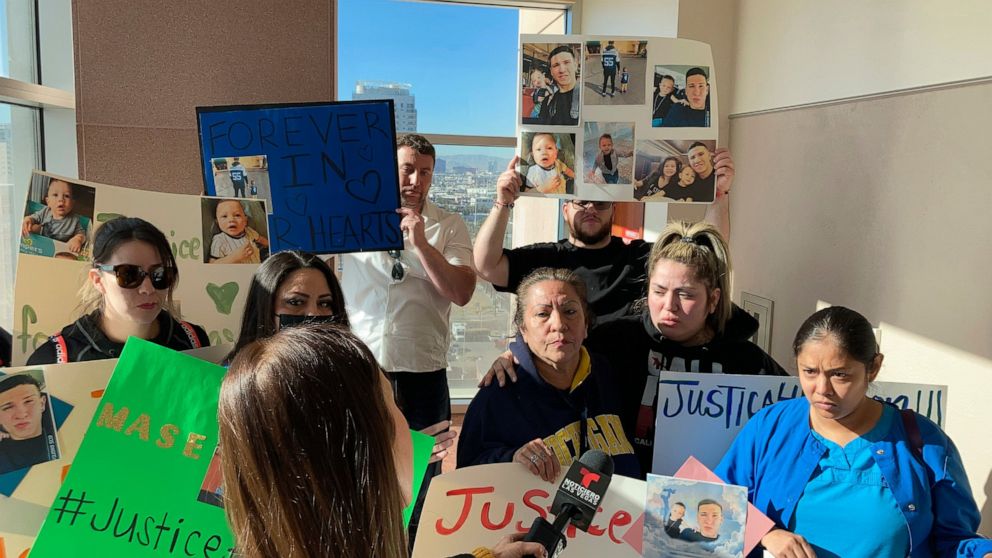 Prosecutors in Nevada filed additional charges and told a judge a grand jury may review evidence that a Las Vegas man held a woman and her children captive, killed her 4-year-old son and hid the body in a garage freezer

LAS VEGAS — Prosecutors in Nevada filed additional charges and told a judge on Monday a grand jury may review evidence that a Las Vegas man held a woman and her children captive, killed her 4-year-old son and hid the body in a garage freezer.

Brandon Lee Toseland’s appointed attorney, Scott Coffee, noted outside court that medical examiners have yet to release findings of the boy’s death and prosecutors have yet to share with him evidence collected since Toseland’s arrest last week.

Toseland was taken into custody Feb. 22 in a vehicle with the child’s mother after a 7-year-old schoolgirl gave her teacher a handful of sticky notes saying her mother was being held captive and thought the girl’s brother was dead at Toseland’s house. Police said they found handcuffs with the woman in the car.

Coffee acknowledged Monday that police found a large hole dug in recent weeks that might have been meant as a grave in Toseland’s small backyard. Coffee said he was “trying to make sense of the situation.”

The boy’s paternal grandmother, Victoria Abina, and aunt, Annissa Abina, stood with other relatives in the court hallway saying they want justice for the child and don’t trust the mother’s family.

“We want everyone in this to be held accountable,” the grandmother said.

The boy’s father died in January 2021 of a respiratory illness. A lawyer speaking to the media on behalf of the boy’s mother and her family said she and her two children moved into Toseland’s home last March.

The Associated Press is not naming the mother or children to avoid identifying a victim who alleges sexual abuse. Stubbs said the mother does not want her name made public.

Prosecutors Michelle Fleck and Christopher Hamner notified Toseland, Coffee and the court that the evidence in the case may be presented to a grand jury. They could seek additional charges at that time.

Coffee said he wants to review material collected by police and prosecutors, including an autopsy on the boy, and to obtain a mental health examination for Toseland, who spoke in court only to acknowledge he had read the criminal complaint against him.

The attorney said it appeared Toseland was competent to understand the proceedings.

“We don’t know much about what was going on leading up to the child’s death,” Coffee said. “Hopefully, the medical examiner’s report will help us with that.”

Las Vegas Justice of the Peace Pro Tem William Jansen ordered Toseland to remain held without bail with a next court appearance scheduled for April 7.

Coffee said Toseland worked in the past for Las Vegas-area homebuilders and had a car wash business but said he did not know if Toseland was employed at the time he was arrested.

The mother of the boy and girl worked until December as a phlebotomist, a health care technician collecting blood samples from patients, before Stubbs said her work received a text message that she quit.

This story has been corrected to show that prosecutors served notice that they may present evidence to a grand jury, not that they will.