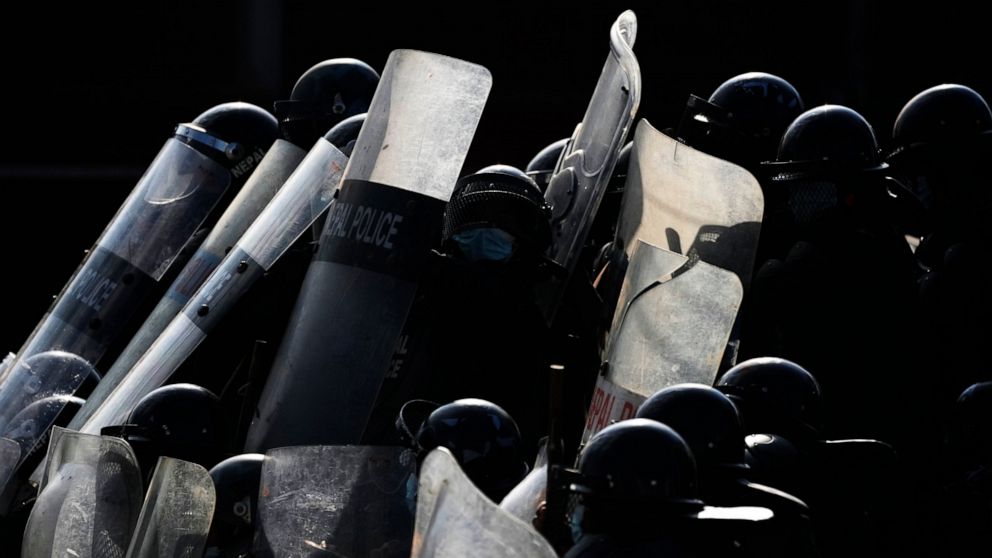 KATHMANDU, Nepal — Nepal’s Parliament on Sunday approved a contentious half-billion-dollar aid grant from the United States despite protests both inside the legislature and on the streets.

The government was able to convince enough lawmakers to approve the proposal following a brief debate. Parliament Speaker Agni Prasad Sapkota announced there was support of a majority of members through a voice vote.

Opposition to the aid package, which was initially sought by Nepal, comes mainly from Communist parties, two of which are part of the coalition government.

For several days, protesters have violently clashed with police.

On Sunday, demonstrators chanted slogans, pelted police with stones and pushed barbed wire and metal barricades that were blocking the streets leading to Parliament. Riot police responded with tear gas and water canons and beat protesters with bamboo batons.

Protesters claim conditions in the grant agreement will prevail over Nepal’s laws and threaten the country’s sovereignty. They say it’s part of Washington’s Indo-Pacific strategy, which has military components that could bring American soldiers to Nepal.

U.S. officials have spoken to Nepalese leaders to assure them that the grant concerns only Nepal’s development. The money is meant to be used for the construction of power transmission lines and improvement of roads in the Himalayan nation.