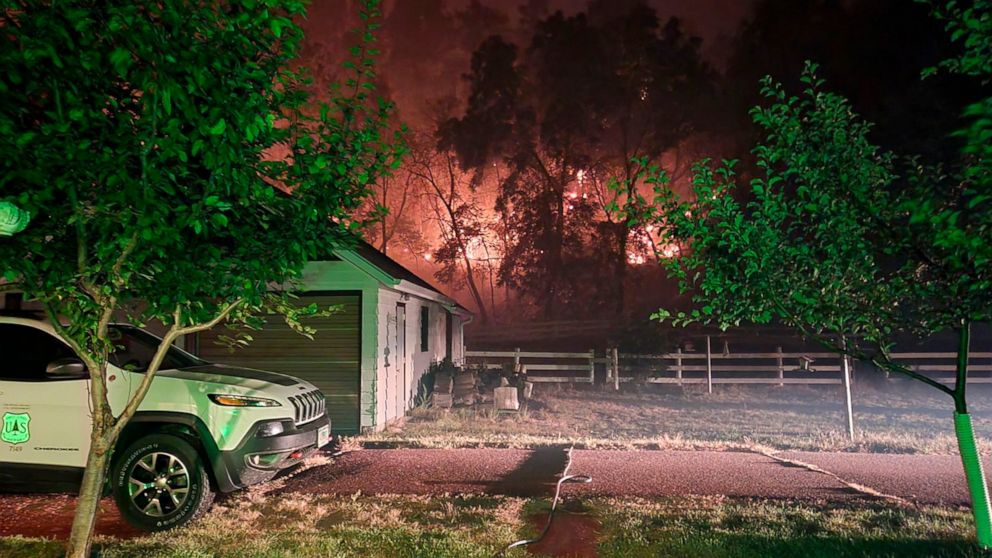 HALSEY, Neb. — A destructive Nebraska Sandhills wildfire that saw one firefighter die while fighting the flames was more than half contained by Wednesday, officials said.

Officials said the fire was 56% contained going into Wednesday. Continued favorable weather conditions are helping fire crews contain the grasslands blaze that was sparked Sunday afternoon and ballooned over a matter of hours in the tinder-dry region.

The fire destroyed the main lodge and cabins of the Nebraska State 4-H Camp, as well as an observation tower in the Bessey Ranger District of the Nebraska National Forest. Purdum Volunteer Fire Department Assistant Chief Mike Moody died Sunday after suffering an apparent heart attack while battling the fire, officials said.

The flames also forced the brief evacuation of the nearby village of Halsey and shut down a stretch of Nebraska Highway 2 on Sunday as smoke from the fire cut visibility. Officials have said the fire was “human-caused,” but have not released details on how the fire started.