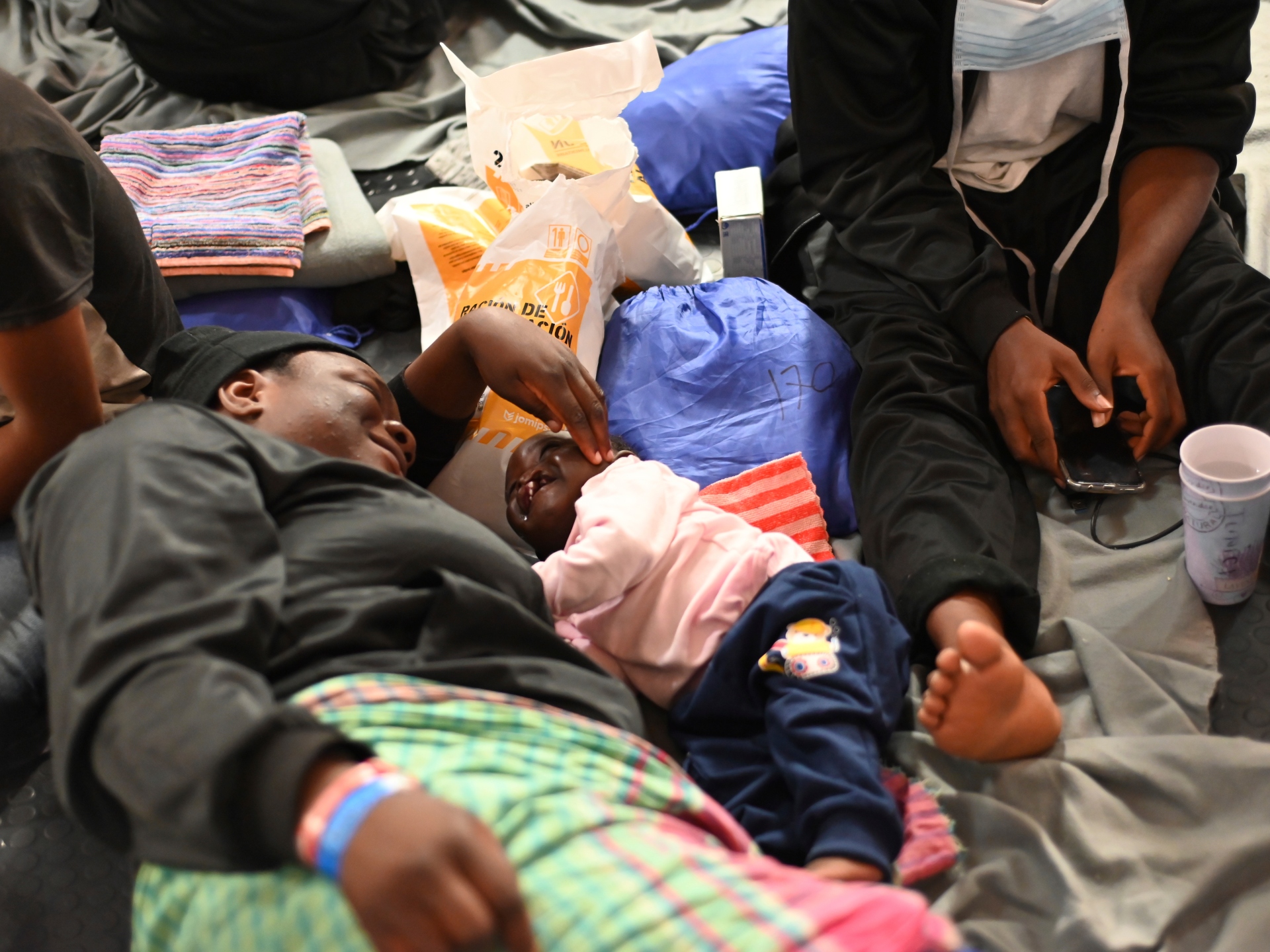 Three charity-run vessels in the Mediterranean Sea are awaiting permission to disembark in Italy or Malta, as those on board need urgent assistance amid dwindling supplies and worsening weather conditions.

The vessels operated by Doctors Without Borders (Medecins Sans Frontieres, or MSF), SOS Mediterranee and SOS Humanity, have been at sea for more than a week, carrying nearly 1,000 people in total.

Italy’s new right-wing government has acknowledged the receipt of their requests to disembark but has stopped short of greenlighting their entrance into port.

“The latest request was made yesterday evening but we received no response,” Riccardo Gatti, MSF team leader on board the Geo Barents, told Al Jazeera via video message.

Similar requests forwarded to the Maltese government have gone unacknowledged.

Gatti said on Saturday the Geo Barents had entered Italian waters to find shelter from an incoming storm, carrying 572 people on board, including an 11-month-old and three pregnant women.

MSF media adviser Candida Lobes said water was being rationed and food supplies were also dwindling. Due to overcrowding, respiratory and skin infections were also spreading.

European maritime-humanitarian organisation SOS Mediterranee has called on authorities to comply with international obligations and provide a predictable system of disembarkation.

“Survivors retrieved from distress at sea must no longer be traded into political debates,” the organisation said in a statement on Thursday.

Elisa Brivio, a press officer at SOS Mediterranee, told Al Jazeera that 234 people were on board its Ocean Viking ship, including 40 unaccompanied minors.

“Not everyone can sleep below deck, we prioritise women and children,” Brivio said. “The others are sleeping outside and yesterday we installed some protective tents to shield them from the winds and the storm.”

Among those rescued, many bear the signs of torture and mistreatment.

Till Rummenhohl, head of operations at SOS Humanity, said the 179 people on board the Humanity 1 were “fleeing from detention camps in Libya, where they faced great violence”.

Should no country offer a post of safety, they may be pushed back into international waters.

“[This] would be a clear breach of international law and the Geneva Convention,” Rummenhohl told Al Jazeera. “It’s their human right to apply for asylum and seek safety.”

Rome has insisted that the countries whose flags these NGO boats are flying should bear responsibility for the migrants and refugees on board.

The Norwegian flag-bearing Ocean Viking and Geo Barents and the German-flagged Humanity 1 have been prevented from docking, while Italian patrols, including one carrying 456 people that arrived in Calabria on Thursday, were allowed to disembark.

“We cannot bear the burden of migrants collected at sea by foreign vessels operating systematically without any coordination with local authorities,” he said.

Piantedosi drafted new measures, alleging that the non-governmental groups violated procedure by not properly coordinating their rescues, a step setting the groundwork for Italy to close the ports.

Charities have denied circumventing procedures and say it is their duty to rescue people in distress at sea.

The German embassy this week urged Italy to provide swift help, saying NGO ships made an important contribution to saving lives at sea.

Norway said it bears no responsibility under human rights conventions or the law of the sea towards people taken on board private Norwegian-flagged vessels.

According to the United Nations refugee agency, coastal states such as Italy and Malta are obligated to accept people from rescue ships “as soon as practicable” and governments should cooperate to provide a place of safety for survivors.

“It is frankly absurd that the Italian and Maltese governments have not yet offered them a place of safety,” Matteo De Bellis, a researcher on asylum and migration at Amnesty International, told Al Jazeera.

“This incident signals a step back by Italian authorities in particular since the new government is resurrecting policies that we have seen implemented already in 2018 and 2019,” De Bellis added, referring to a “closed ports” policy implemented by then-Interior Minister and far-right leader Matteo Salvini.

“These policies were and continue to be in breach of international law,” he said.

“It is clear that European states must share responsibility for assisting people in need, but it is equally clear that Italy and Malta must cooperate in good faith to ensure that people rescued at sea are provided a place of safety.”