Nearing a deal on a stopgap spending package, Democrats hit a snag over Trump’s demand for farm aid. 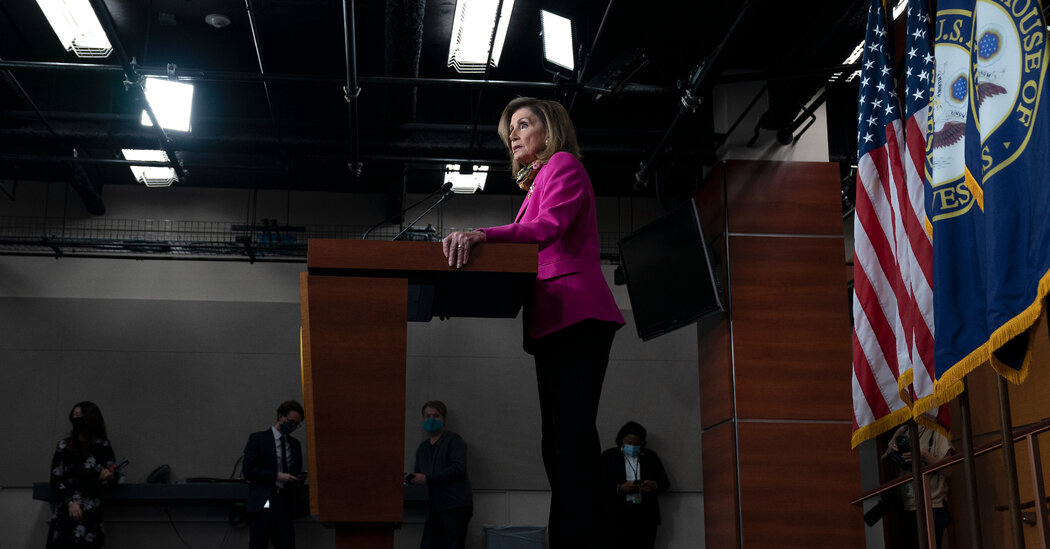 Democrats and White House officials neared a deal on Friday on a stopgap spending bill to keep the government funded through Dec. 11, according to two people familiar with the plans, but the agreement remained unfinished amid a last-minute dispute over funding for farmers demanded by President Trump.

The text of the deal, which would avert a shutdown at the end of the month, was still being hammered out as some top Democrats resisted Mr. Trump’s push to extend the borrowing authority for a loan program for farmers harmed by his trade policies, according to a Democratic aide familiar with the negotiations.

Mr. Trump said he was giving an additional $13 billion of aid to America’s farmers at a campaign rally in Wisconsin on Thursday night, doling out government resources to key supporters as he looks to solidify his rural base ahead of Election Day.

“I’m proud to announce that I’m doing even more to support Wisconsin farmers,” Mr. Trump had said, adding that some of that money would go to dairy, cranberry and ginseng farmers in the state that have been hurt by the coronavirus pandemic.

The money is the latest round of relief for American farmers, who received $19 billion from the economic relief package signed by Congress in March and more than $20 billion over the last two years in payments to mitigate the impact of Mr. Trump’s trade wars.

The Department of Agriculture said on Friday that the money would be coming from the Commodity Credit Corporation, a government enterprise meant to support and stabilize American agriculture, which was replenished as part of the relief legislation.

Some Democrats privately argued that Mr. Trump’s request to extend the borrowing limit for the Commodity Credit Corporation was a blatant bid to curry favor with a politically important constituency six weeks before Election Day, and should not be a part of the plan.

Mr. Trump said, without evidence, on Friday that Speaker Nancy Pelosi wanted to take money away from farmers.

“Pelosi wants to take 30 Billion Dollars away from our great Farmers,” Mr. Trump tweeted Friday morning, even as aides and lawmakers were working to finalize the agreement. “Can’t let that happen!”

In discussions with Steven Mnuchin, the Treasury secretary, Ms. Pelosi had floated allowing the program, which is nearing its borrowing limit, to continue processing payments in exchange for allocating $2 billion to a food assistance program for children. But that agreement was not finalized, according to two officials familiar with the discussions, and talks were expected to continue through the weekend.

Despite widespread reluctance to allow federal funding to lapse weeks before the November election, congressional leaders and administration officials have wrestled for days over the contents of a short-term bill and how long it should last.

Democrats hope to unveil the text of the agreement on Monday, and potentially arrange for a vote later in the week. They had initially pushed to extend the money into February in the hopes of hammering out the dozen annual must-pass funding bills under a president of their own party, but ultimately agreed to Dec. 11, setting up a potentially brutal fight over funding a month after voters have their say.