Near-Complete Abortion Is Signed Into Law in Texas 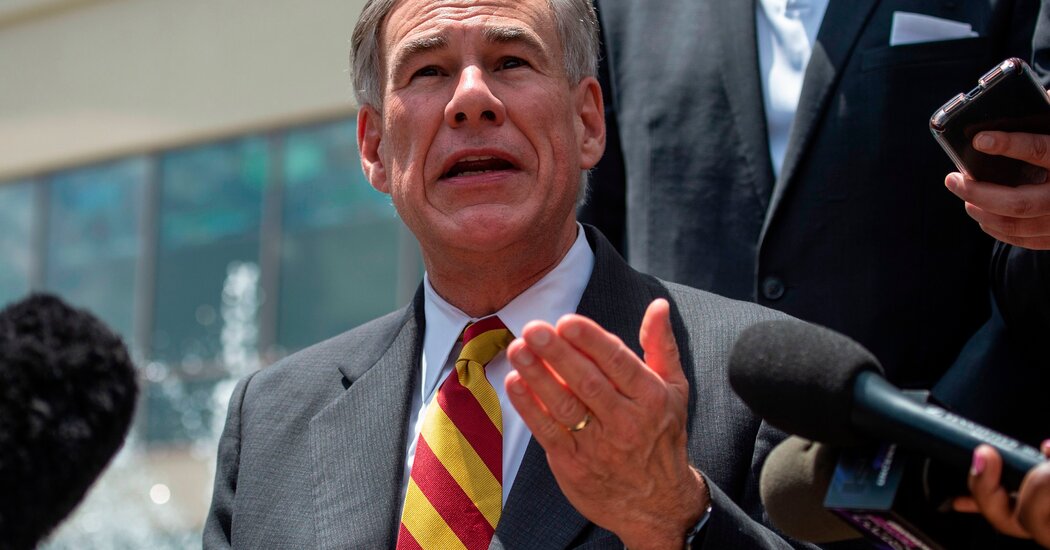 In a legislative session that has leaned heavily conservative, not all Texans agreed with the priorities set by their legislators. Only 7 percent said the gun debate should be the top priority for lawmakers, and 5 percent said the same for voting rights. Of more concern were the economy, the power grid, the coronavirus pandemic and border security, which ranked highest at 36 percent, according to a recent poll by the Texas Politics Project at the University of Texas at Austin.

Texas, long the most populous Republican-dominated state in the country, has increasingly tilted toward a more moderate electorate. Barack Obama lost Texas by nearly 16 percentage points in 2012, but Joseph R. Biden Jr. gained tremendous ground and lost it by just nearly six percentage points in 2020. In the 2018 Senate race, Beto O’Rourke lost to Ted Cruz by just shy of 215,000 votes.

But amid such political and demographic changes, Texas Republicans remain galvanized and invigorated in the post-Trump era. Just as Texas relished playing the conservative antidote in the Obama era, the state’s Republican leaders are taking on the same role in the Biden presidency.

During one 48-hour period this month, the state’s House of Representatives passed several Republican-led measures. With two weeks before the end of the session, legislation passed includes allowing Texans to carry firearms without permits; new voter restrictions mirroring those enacted in Georgia, Florida and other states; penalties against municipal governments attempting to “defund police”; and proposed restrictions on transgender youth.

“It’s certainly been the most conservative session that we’ve seen in a decade,” said Brandon Rottinghaus, a professor of political science at the University of Houston. “The push on guns, on abortion, on defunding the police have all been national Republican issues. That national rightward trend has hit Texas and it stuck in Texas.”

The Supreme Court will not hear arguments in the Mississippi law banning abortions after 15 weeks of pregnancy until the fall, and a decision could be more than a year away. Still, advocates for reproductive rights said they feared that the court, which has a conservative majority, could strike down a 50-year precedent.

Elizabeth Nash, a senior state policy manager at the Guttmacher Institute, an abortion rights organization, called the Texas abortion law “new and uniquely cruel” because it would make scores of medical providers vulnerable to lawsuits.

“This ban in Texas is clearly about controlling pregnant people’s bodies and preventing them from making decisions about their lives and futures,” Ms. Nash said. “It is going to have a chilling effect.”