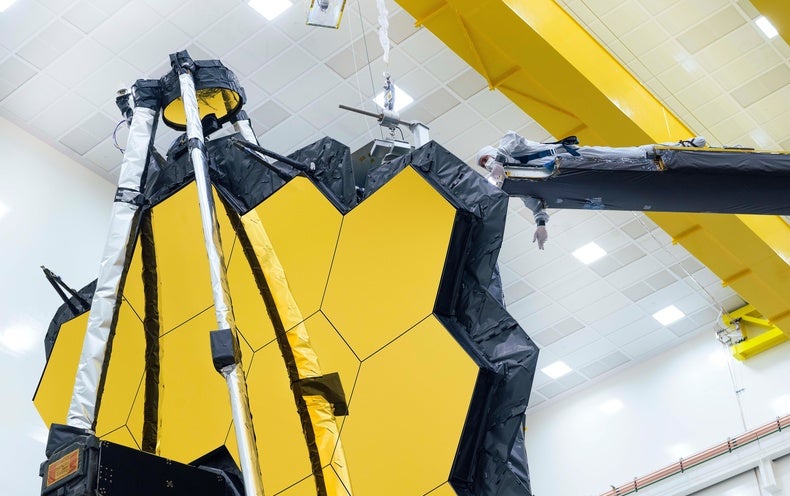 NASA’s James Webb Space Telescope may not launch on Halloween (Oct. 31) after all.

Despite previous delays, progress on the highly anticipated Webb—billed as the successor to the iconic Hubble Space Telescope—has been steadily ongoing. For example, in May, the mission team recently unfolded Webb’s giant, golden mirror for the last time on Earth in the last major prelaunch test for the telescope’s mirror system. The telescope is set to be shipped in August to Kourou, French Guiana, where Webb will launch to space atop an Arianespace Ariane 5 rocket from the Guiana Space Center.

However, while takeoff has been slated for Oct. 31, it seems that the launch might not happen until the following month.

During a news conference hosted by the European Space Agency Tuesday (June 1), a reporter from Space Intel asked that, if Webb is shipped at the end of August, it might take until sometime in November for the space telescope to be ready for launch based on the mission’s 10-week processing schedule.

Thomas Zurbuchen, NASA’s associate administrator for the science, confirmed the timeframe suggestion, but did not explicitly state a new launch date. “I think your assessment is approximately correct,” Zurbuchen said of the November launch estimate. “It depends on the days that are here, but the assessment that you’re outlining is correct.”

On May 11, in response to being asked about possible alternate launch dates for Webb during a news conference for James Webb Media Day, Bill Ochs, Webb project manager for NASA Goddard Space Flight Center shared that “there are many.”

“We’re not unlike a planetary mission,” he added. “We have launch windows, virtually every day. They’ll vary in length and size, typically in the morning. We don’t have the exact time yet for the October 31 launch date, but we have multiple opportunities for launch if we have a weather delay or whatever type of delay that may occur.”

Webb will travel to its launch site in French Guiana by ship. Because of the incredible size of the $9.8 billion observatory, “we had not much of a choice but to go by ship,” Ochs said. “We will leave from California, we will go down around through the Panama Canal and then over to the launch site to unload.”

Ochs added that, accounting for all of the activities that it will take to get Webb to the launch site, it could take as many as 15 days to reach its destination.