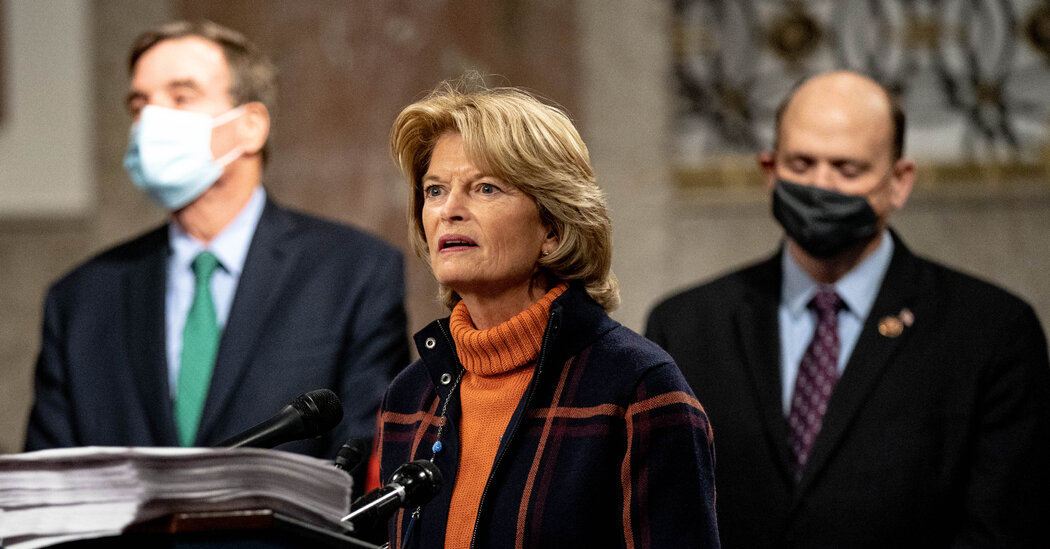 Senator Lisa Murkowski, Republican of Alaska, said on Friday that she was committed to remaining a Republican, calling liberal aspirations that she might switch parties and hand Democrats an edge in the evenly divided Senate “a dream by some that will not materialize.”

Ms. Murkowski, a vocal critic of former President Donald J. Trump who has indicated she is open to convicting him at his impeachment trial for his role in egging on the violent mob that stormed the Capitol, had raised questions about whether she might defect from the G.O.P. when she told a home state newspaper that she had doubts about her place in the party.

Days after the Jan. 6 assault, she told The Anchorage Daily News that, “if the Republican Party has become nothing more than the party of Trump, I sincerely question whether this is the party for me.”

Speaking to reporters at the Capitol on Friday, Ms. Murkowski expressed the same sentiment, but added that she had “absolutely no desire to move over to the Democratic side of the aisle — I can’t be somebody that I’m not.”

“As kind of disjointed as things may be on the Republican side, there is no way you could talk to me into going over to the other side,” she added. “That’s not who I am, that’s not who I will ever be.”

Ms. Murkowski, who is up for re-election in 2022, has long held an independent streak. She voted against the confirmation of Justice Brett Kavanaugh to the Supreme Court, helped shut down the Republican effort to repeal the Affordable Care Act and was one of the first in her party to recognize President Biden’s victory when a majority of her colleagues refused to do so.

On Friday, she confirmed that she had not voted for Mr. Trump, though she would not divulge the name of the person whose name she wrote in instead. Even as she vowed to remain a Republican, Ms. Murkowski conceded that her party was having difficulty coalescing around an identity in the aftermath of Mr. Trump’s presidency.

“I think in many ways we are a party that is struggling to identify,” Ms. Murkowski said. “We have some that have solidly identified with Trump, and probably will continue to identify for years going forward. But you have a lot of other people that were not really sold, but they absolutely embraced the policies.”

Asked what role she planned to play as the party struggles to recalibrate after losing control of both the White House and the Senate, she said she would remain a senator “that is not afraid to be in the middle, even if there’s not a lot of people there that are with me.”