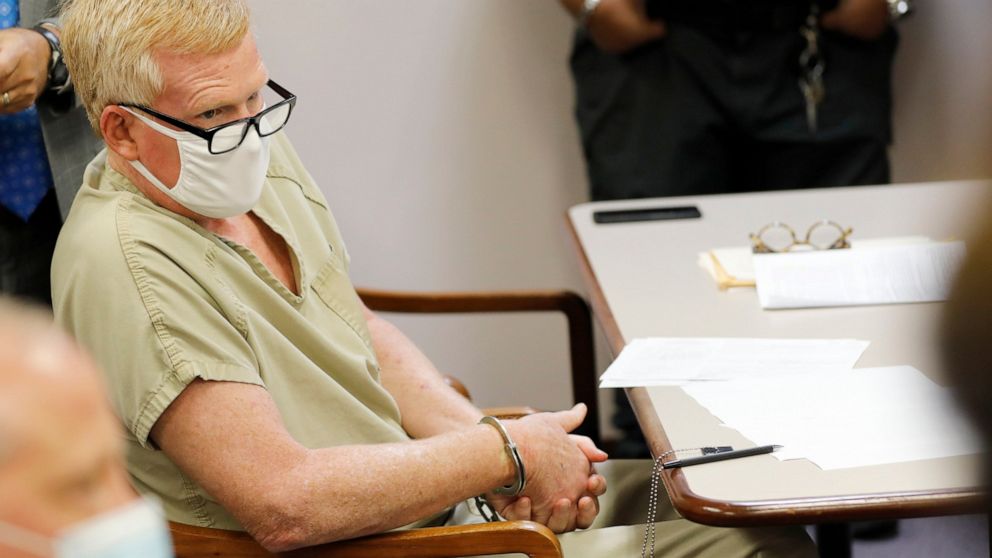 An indictment made public Wednesday accuses Cory Fleming of working with Murdaugh to defraud the sons of Gloria Satterfield, who died following a fall at the Murdaugh home in 2018, by suing Murdaugh on behalf of the sons but diverting the resulting insurance payouts to Murdaugh and himself.

Fleming also wrote himself checks from Satterfield’s estate to pay for his own mortgage, credit card debt, tax payments, video games and other purchases, prosecutors said.

The sons said in a lawsuit that they never got any of the money. They said Murdaugh convinced them at their mother’s funeral to use Fleming as their attorney and sue him for wrongful death, without disclosing that Fleming had been his college roommate and godfather to at least one of Murdaugh’s sons.

According to the latest indictment, Fleming, 53, chose not tell Satterfield’s sons about two settlements he secured from insurers. He instead knowingly moved money from both agreements to a fraudulent bank account Murdaugh had named similarly to that of a company that handles settlements, authorities said.

Fleming has previously said he was helping the sons’ new lawyers and maintained he “was not a willing participant in Mr. Murdaugh’s scheme but was used,” according to a joint statement between Fleming and the sons’ attorneys in October.

Attorneys listed for Fleming did not immediately respond to a request for comment Wednesday. Fleming plans to turn himself in before a virtual bond hearing scheduled for Thursday, said Robert Kittle, a spokesman for the state attorney general’s office.

Eric Bland and Ronnie Richter, attorneys for the Satterfield sons, said Wednesday that the grand jury clearly did not believe Fleming’s defense that he was yet another of Murdaugh’s victims: “Justice may move slow but when it moves it comes crashing down like a tidal wave,” they said in a statement.

Murdaugh, 53, has been jailed since October. A judge set his bail at $7 million and refused to reduce it, even as Murdaugh’s lawyer argued his bank accounts were seized in civil lawsuits and he could barely afford to buy underwear at the Richland County jail. He has pinned his problems on a years-long drug addiction.

His legal troubles were revealed after his wife Maggie, 52, and son Paul, 22, were killed in a shooting at the family’s home in June. Murdaugh’s lawyers insisted he had nothing to do with it, calling on investigators to work as hard to find their killers as they are trying to unravel Murdaugh’s finances.

Murdaugh’s great-grandfather, grandfather and father were all elected prosecutors in Hampton County, where his family law firm bore the Murdaugh moniker until recently. The South Carolina Supreme Court has suspended Murdaugh and Fleming from practicing law in the state.