Several Iranian drones were apparently used in a strike on an oil tanker operated by an Israeli-owned company, killing two on board, unnamed Israeli officials told the New York Times on Saturday.

The Israeli officials told the newspaper that the strike earlier this week was apparently carried out by a number of Iranian drones that slammed into the ship’s living quarters underneath the vessel’s command center as it sailed off the coast of Oman in the Arabian Sea.

An unnamed US official confirmed to the newspaper that multiple drones were involved in the attack but it was as yet unknown how many had hit the vessel.

An Israeli intelligence official also told the paper that the timing of Thursday’s attack could mean that Iran was expanding its maritime operations by apparently responding at sea to a land attack which Tehran blamed on Israel.

Previously Iran carried out sea attacks only in response to maritime operations it attributed to Israel. 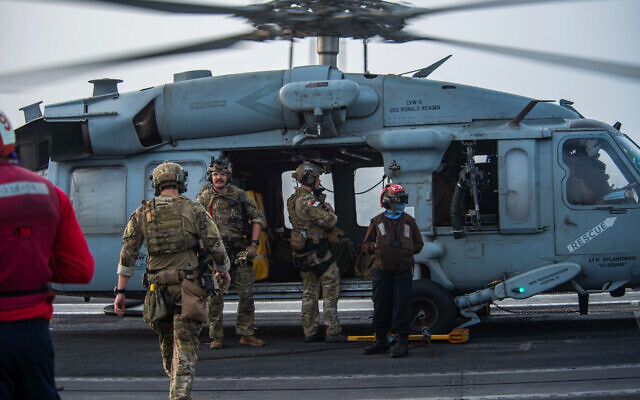 In this photo provided by the US Navy, sailors assigned to an explosive ordnance unit board an MH-60S Seahawk helicopter on the flight deck of aircraft carrier USS Ronald Reagan to head to an oil tanker that was attacked off the coast of Oman in the Arabian Sea on July 30, 2021 (Mass Communication Specialist 2nd Class Quinton A. Lee/U.S. Navy, via AP)

The strike Thursday night on oil tanker Mercer Street marks the first-known fatal attack after years of assaults on commercial shipping in the region linked to tensions with Iran.

Two ship crewmen, a British and Romanian national, died in the attack — an unnamed senior Israeli official cited by Channels 12 and 13 news said Friday that the Romanian fatality was apparently the captain, while the British man was a security guard.

The American military said Saturday that after inspecting the vessel, US Navy explosive experts believe a “drone strike” targeted the oil tanker.

The American nuclear-powered aircraft carrier USS Ronald Reagan and the guided missile destroyer USS Mitscher were escorting the Mercer Street as it headed to a safe port, the US Navy’s Mideast-based 5th Fleet said in a statement early Saturday.

“US Navy explosives experts are aboard to ensure there is no additional danger to the crew, and are prepared to support an investigation into the attack,” the 5th Fleet said. “Initial indications clearly point to a (drone)-style attack.”

The 5th Fleet statement did not explain how it determined a drone caused the damage, although it described its explosive experts finding “clear visual evidence that an attack had occurred” aboard the Mercer Street.

The US military’s Central Command did not immediately respond to a questions on the evidence.

Israel’s defense leadership convened Friday night to discuss what it believes to be an Iranian attack on the ship, as a senior government source accused Tehran of “sowing destruction” and said it was proving itself to be “a global problem.”

A senior Israeli government source said on condition of anonymity that “Iran is sowing violence and destruction in every corner of the region. They were so eager to attack an Israeli target that they’ve embroiled themselves and incriminated themselves in the killing of foreign citizens.”

The source said that with a new hardline Iranian president set to be sworn in, “the masks are coming off and no one can pretend they don’t know the character of the Iranian regime.

“Iran isn’t just Israel’s problem, it is a global problem, and its behavior endangers free global shipping and trade. Our campaign against them will continue.”

In a statement Friday night, Foreign Minister Yair Lapid said he was in continuous contact with his British counterpart Dominic Raab and had “noted to him the need to respond severely to the attack.” 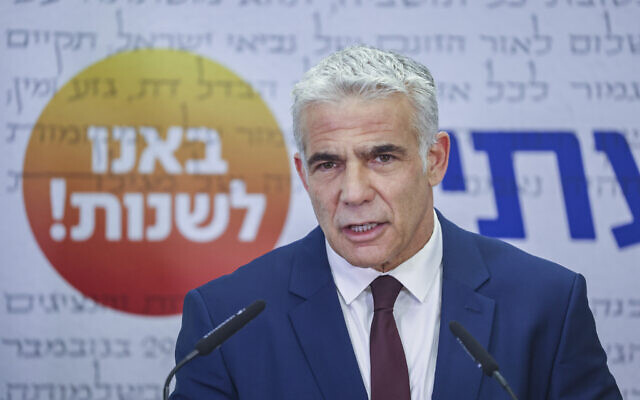 Head of the Yesh Atid party Yair Lapid speaks during a faction meeting at the Knesset in Jerusalem, on July 19, 2021. (Yonatan Sindel/Flash90)

“Iran is not just an Israeli problem, but an exporter of terror, destruction and instability that hurt us all,” he said. “The world must not be silent in the face of Iranian terror.”

“I’ve instructed the embassies in Washington, London and the UN to work with their interlocutors in government and the relevant delegations in the UN headquarters in New York,” Lapid tweeted. 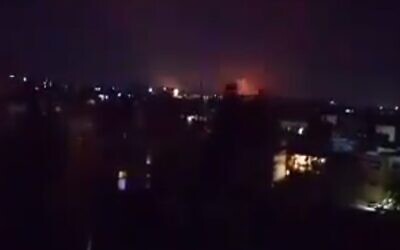 In the wake of the attack, Defense Minister Benny Gantz called an urgent discussion with IDF Chief of Staff Aviv Kohavi and other defense officials on Friday.

An Israeli official cited by the Ynet news site hinted at possible retaliation, saying it would be difficult for Israel to ignore the latest attack.

Walla news cited an Israeli official saying, “The only question is how and when we’ll respond.”

Analysts said the attack bore all the hallmarks of tit-for-tat exchanges in the shadow war between Israel and Iran, in which vessels linked to each nation have been targeted in waters around the Gulf.

The assault represented the worst-known maritime violence so far in regional attacks on shipping since 2019. The US, Israel and others have blamed the attacks on Iran amid the unraveling of Tehran’s nuclear deal with world powers. 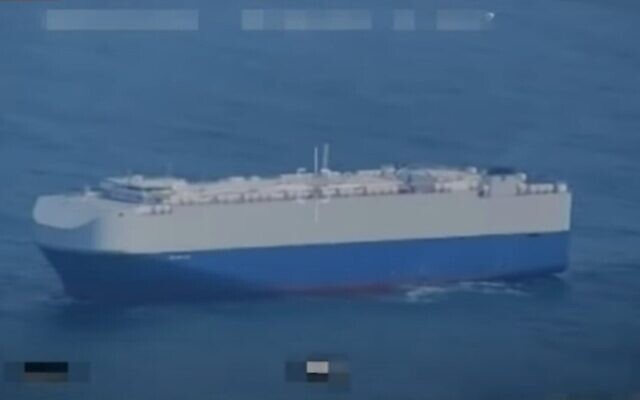 Zodiac Maritime is a London-based company belonging to Israeli tycoon Eyal Ofer. Earlier this month, a UAE-bound vessel previously owned by Ofer’s company was struck in the northern Indian Ocean.

The company said that while it operates the Liberia-flagged “Mercer Street” oil tanker, the owner of the ship is Japanese.

It added on Friday it was not aware of any other injuries apart from the two crewmen who died.

“Our primary concern remains the safety and well-being of everyone on board and all those affected by the situation. Details of the incident are still being established and an investigation into the incident is currently underway,” the company added.

In recent months, Israel and Iran have accused each other of attacking a number of merchant ships, damaging them with explosives. The vessels in each case were only lightly damaged and there were no injuries in the incidents.

Emanuel Fabian contributed to this report.