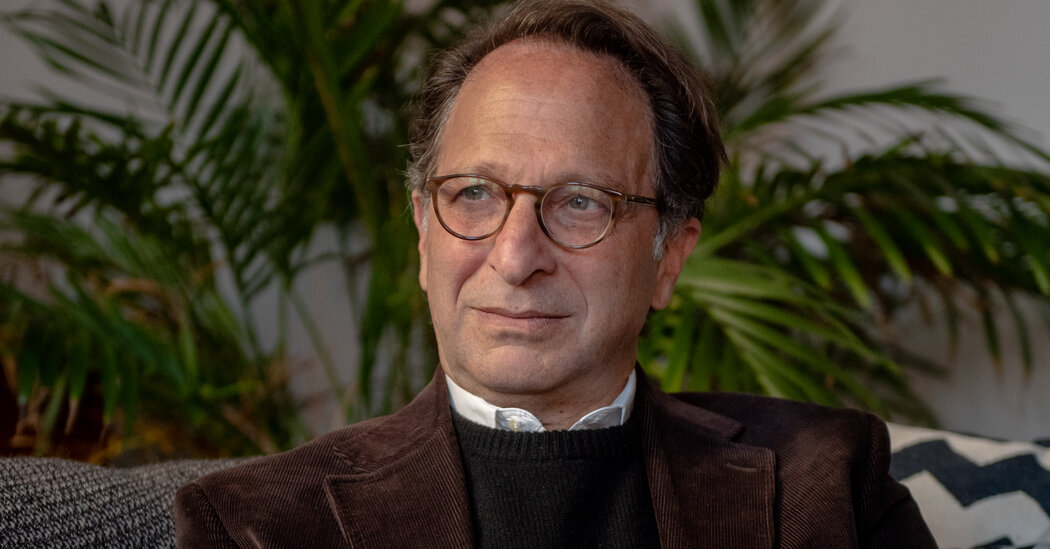 WASHINGTON — The team led by Robert S. Mueller III, the special counsel, failed to do everything it could to determine what happened in the 2016 election, shying away from steps like subpoenaing President Trump and scrutinizing his finances out of fear that he would fire them, one of Mr. Mueller’s top lieutenants argued in a new book that serves as the first insider account of the inquiry.

“Had we used all available tools to uncover the truth, undeterred by the onslaught of the president’s unique powers to undermine our efforts?” wrote the former prosecutor, Andrew Weissmann, adding, “I know the hard answer to that simple question: We could have done more.”

Mr. Weissmann sharply criticized the president as “lawless” but also accused Mr. Mueller’s deputy, Aaron M. Zebley, of being overly cautious, according to an account in The Atlantic of the book, “Where Law Ends: Inside the Mueller Investigation.” Random House, which will publish the book next week, also provided an early copy to The New York Times on the condition that it not publish information from its own access until after an embargo that lifts at 7 p.m. on Monday.

Previously a longtime lawyer at the F.B.I. for Mr. Mueller, who was the bureau’s director for 12 years, Mr. Weissmann ran one of three major units for the special counsel’s office: Team M, which prosecuted Mr. Trump’s former campaign chairman Paul Manafort for numerous financial crimes.

Mr. Manafort had worked for pro-Russian interests in Ukraine, and the investigation uncovered ties by his business partner, Konstantin V. Kilimnik, to Russian intelligence. The Mueller team learned that Mr. Manafort had shared internal campaign polling data with Mr. Kilimnik, who in turn sought Mr. Trump’s approval for a plan by which all of eastern Ukraine would be broken off, and Russia would essentially take over the region.

Mr. Manafort’s interactions with Mr. Kilimnik were also a major focus of a recent bipartisan Senate Intelligence Committee report, which explicitly labeled Mr. Kilimnik a Russian intelligence agent. But investigators did not obtain any final puzzle pieces and lacked the evidence to charge anyone in the campaign with a criminal conspiracy to trade a promise of policy concessions for Russia’s covert electoral assistance.

While the president and his allies have portrayed Mr. Mueller’s failure to indict any Trump campaign figure for collusion-related crimes as vindication, Mr. Weissmann pointed with frustration to the significant impediments that prevented the special counsel’s office from learning all there was to know about interactions such as those between Mr. Manafort and Mr. Kilimnik.

Mr. Manafort never stopped lying to the special counsel team, even as Mr. Trump kept seemingly dangling a potential pardon at him and other witnesses if they refused to cooperate. The constant threat that the president might fire them — as he tried to do several times, only to be thwarted by subordinates who refused to carry out his wishes — caused the special counsel team to be timid rather than aggressive in seeking information.

“The specter of our being shut down exerted a kind of destabilizing pull on our decision-making process,” Mr. Weissmann wrote.

He was scathing about Mr. Trump and his allies, calling the president “lawless” and “like an animal, clawing at the world with no concept of right and wrong.” He accused Attorney General William P. Barr, Mr. Mueller’s old friend, of having “betrayed both friend and country.” Mr. Barr used his early access to the special counsel report to warp public perception of it, including declaring Mr. Trump exonerated of obstruction of justice when the report recounted numerous episodes in which the president had tried to impede the inquiry.

But Mr. Weissmann was also critical of some of his own colleagues for excessive risk aversion. Investigators did not try to question Mr. Trump’s daughter Ivanka, who had spoken in the Trump Tower lobby in June 2016 to a delegation of Russians meeting with campaign leaders who had been promised that they were offering dirt on Hillary Clinton from the Russian government.

They “feared that hauling her in for an interview would play badly to the already antagonistic right-wing press — look how they’re roughing up the president’s daughter — and risk enraging Trump, provoking him to shut down the special counsel’s office once and for all,” Mr. Weissmann wrote.

Investigators also did not do all they could to compel Mr. Trump’s son Donald Trump Jr. to testify before a grand jury about matters like the Trump Tower meeting. And, of course, they did not subpoena the president.

While Mr. Weissmann wrote with affection about Mr. Mueller, he also portrayed his boss as being excessively diffident. Even when the investigation was wrapping up, reducing the risk that they would be prematurely fired, Mr. Mueller held back by not clearly stating in the report that Mr. Trump had obstructed justice — which later gave Mr. Barr his opening to put a more positive spin on the team’s findings than the Mueller report showed.

Mr. Mueller’s thinking was that because Justice Department policy forbade indicting Mr. Trump while he was in office, it would not be fair to accuse him of a crime when he could not have a speedy trial to defend himself. But Mr. Weissmann noted that under the special counsel regulations they were writing only a confidential report to the attorney general, and that it was not their decision whether to later make it public.

The reasoning for their forbearance was incoherent, Mr. Weissmann complained to a colleague whom Mr. Mueller assigned to draft a passage of the report explaining that they were not rendering a prosecutorial judgment about whether Mr. Trump had obstructed justice.

“It seems like a transparent shell game,” Mr. Weissmann wrote that he told the colleague. “When there is insufficient proof of a crime, in Volume 1, we say it. But when there is sufficient proof, with obstruction, we don’t say it. Who is going to be fooled by that? It’s so obvious.”