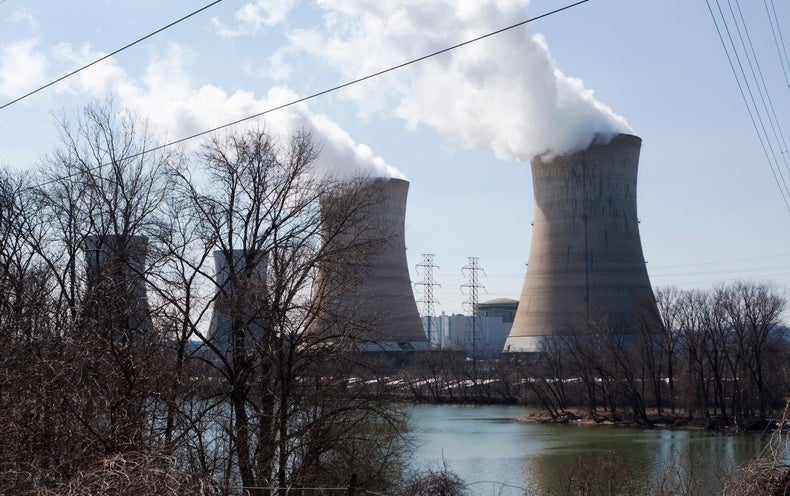 Soaring temperatures, intensified flood risks and heightened water stress will threaten 57 U.S. nuclear plants over the next 20 years, forcing operators to take additional resiliency measures, according to a new report.

“The consequences of climate change can affect every aspect of nuclear plant operations—from fuel handling and power and steam generation to maintenance, safety systems and waste processing,” said the analysis, which was published yesterday by Moody’s Investors Service.

“It looks like almost all plants see some kind of climate risk worsening over the next 20 years,” said David Kamran, the report’s author.

The study also underscored that the nuclear sector’s vulnerability to regional climate risks in large part depends on plants’ proximity to water.

Because nuclear generation facilities rely on external water sources for cooling, the vast majority are situated near rivers, lakes and oceans. That exposes them to flooding and storm surges, which can damage critical equipment.

That includes plants along the East and Gulf coasts, which are likely to grapple with rising sea levels and intensifying hurricanes in the decades to come. Storm-related rainfall, the reports adds, could “inundate” nuclear facilities and “damage transmission lines or substations, hindering a plant’s ability to deliver power.”

Facilities in the Midwest and South Florida, meanwhile, are more likely to suffer from higher temperatures that have the potential to reduce plants’ ability to generate power. The generation process involves creating steam, which is then cooled and condensed into liquid for reuse.

Facilities in the Rocky Mountain region, near the Colorado River and in California, on the other hand, are projected to face water scarcity, spiking uncertainty about having long-term access to necessary water supplies.

Kamran emphasized that despite these risks, the majority of nuclear plants are “some of the most hardened industrial assets in the U.S.”

That’s in large part, he said, because they’ve already made major investments in resiliency measures to ensure nuclear safety and protection in the case of environmental impacts.

Even still, he noted, some of the plants are 30, 40 and 50 years old and may soon be approved by the Nuclear Regulatory Commission to extend their operating licenses decades longer.

“Don’t get me wrong, they have obviously updated their [climate] assumptions over the last two decades several times. They’re not living in the world of the 1950s,” he added. “With that being said, the point is that these plants are aging, and they’re going to need improvements in certain cases.”