Most Active Hurricane Season Was Also Wetter Because of Climate Change 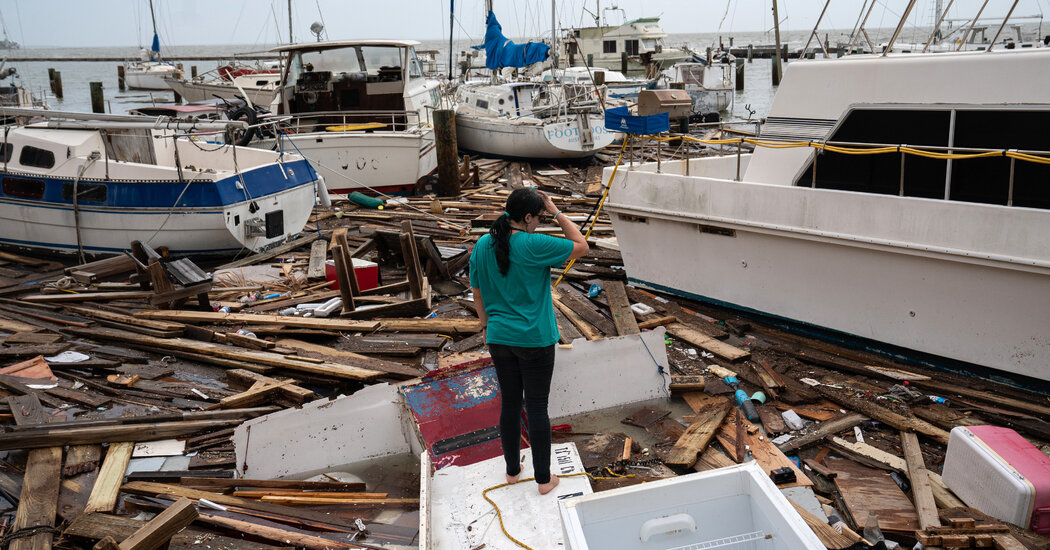 Previous attribution studies have quantified the effects of climate change on individual Atlantic storms: For instance, researchers estimated that up to 38 percent of the extreme rainfall that Hurricane Harvey dumped on southeastern Texas in August 2017 was attributable to climate change. Dr. Reed was among the researchers who confirmed that climate change also played a role in Hurricane Florence in 2018 and Hurricane Dorian in 2019.

The new study is unusual in that it examined the effects of climate change not on a single hurricane but on a full hurricane season, including not only the headline-grabbing storms but also the seemingly ordinary ones. Dr. Reed said the findings provided strong evidence that the anthropogenic impact was not an anomaly confined to huge events like Harvey.

Air pollution in the tropics. Urban air pollution in tropical areas is rapidly increasing and will lead to hundreds of thousands of preventable deaths if stronger regulations are not put in place, according to a new study.

“If you just do this objectively through a whole season, you get similar results,” he said.

Rosimar Rios-Berrios, a research meteorologist at the National Center for Atmospheric Research who was not involved with the new study, said that examining a full hurricane season rather than individual storms provided a higher degree of confidence that the findings accurately reflected the role of climate change.

“There’s a lot of power in studying individual events, but in the end, a single event is not enough because every hurricane is different,” she said.

A separate analysis released on Monday found that climate change also most likely increased the intensity of the rainfall from two vicious tropical storms that battered southeastern Africa earlier this year. But the researchers said that because of a shortage of high-quality weather data for that region, they could not measure the precise influence of global warming on those storms.

Dr. Reed noted that the same methodology his team employed could be used to quantify the impact of climate change on a storm in close to real time — or to illustrate how much worse storms will get if nations continue to burn fossil fuels.

The study published on Tuesday compared the 2020 hurricane season as we experienced it with the hypothetical 2020 hurricane season in a world that has not been warmed by human activities. Since the 19th century, the burning of oil, gas and coal has increased average global temperatures by 1.1 degrees Celsius, or 2 degrees Fahrenheit. It is also possible to compare the season as experienced with the version that might occur after, say, 1.5 or 2 degrees Celsius of warming — the threshold beyond which scientists say highly destructive storms become significantly more likely.

Autism Treatment Shifts Away from ‘Fixing’ the Condition