More Than a Third of Heat Deaths Are Tied to Climate Change, Study Says 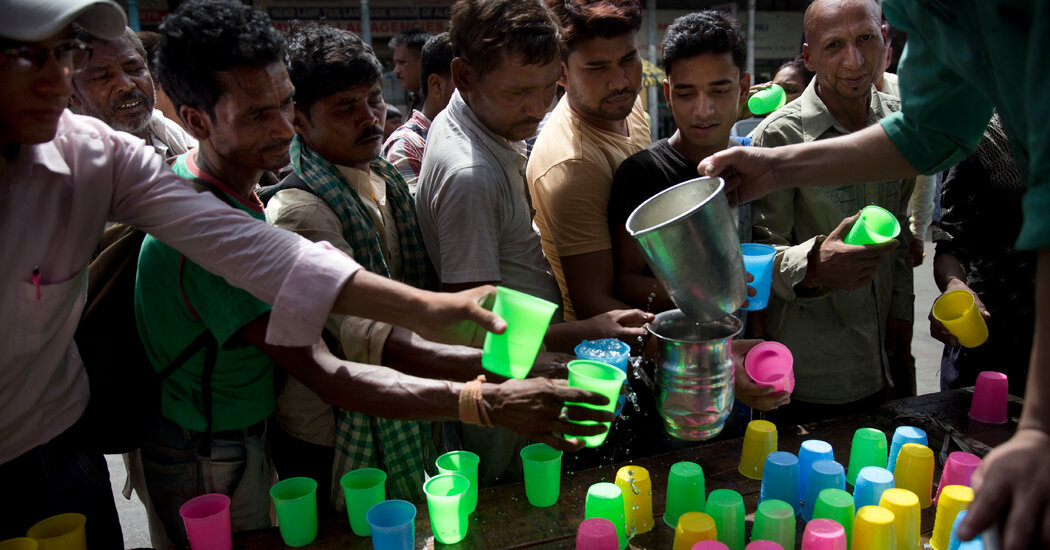 More than a third of heat-related deaths in many parts of the world can be attributed to the extra warming associated with climate change, according to a new study that makes a case for taking strong action to reduce greenhouse gas emissions in order to protect public health.

The sweeping new research, published on Monday in the journal Nature Climate Change, was conducted by 70 researchers using data from major projects in the fields of epidemiology and climate modeling in 43 countries. It found that heat-related deaths in warm seasons were boosted by climate change by an average of 37 percent, in a range of a 20 percent increase to 76 percent.

Some earlier studies have performed similar analysis for individual cities during particular heat waves, but the new paper applies these ideas to hundreds of locations and across decades to draw broader conclusions.

“It is a thoughtful, insightful, clever approach to try to understand how climate change is altering heat-related mortality,” said Kristie L. Ebi, a professor in the Center for Health and the Global Environment at the University of Washington who was not involved in the study.

The planet has already warmed one degree Celsius over preindustrial times, and much more warming is predicted, with catastrophic results, if global emissions of greenhouse gases like carbon dioxide and methane can’t be brought under control.

“Taken together, our findings demonstrate that a substantial proportion of total and heat-related deaths during our study period can be attributed to human-induced climate change,” the authors wrote.

In many locations studied, the scientists found, “the attributable mortality is already on the order of dozens to hundreds of deaths each year” from heat attributed to climate change. Climate change has added to overall mortality from all causes by as much as 5 percent in some parts of the world, the authors found; they detected increased mortality from climate-boosted heat on every inhabited continent.

While the differences in mortality among the places studied are complex and spring from varied factors that include access to health care as well as architecture, urban density and lifestyle, the research indirectly suggests a divide between rich and poor regions. North America and East Asia, the researchers found, tended toward a smaller proportion of climate-related deaths; some Central and South American nations saw a greater than 70 percent proportion of heat deaths attributable to warming.

While people around the world are increasingly reliant on air-conditioning, which could be holding down death rates while contributing to the emissions that heat the planet, climate change is also disrupting power grids, with failures increasing by 60 percent since 2015 in the United States alone. That means that the crutch of air conditioning could become less reliable over time.

Ana Maria Vicedo-Cabrera, the lead author of the new paper and a researcher at the Institute of Social and Preventive Medicine at the University of Bern in Switzerland, said that the study showed that climate change was not just a problem for the future. “We are thinking about these problems of climate change as something that the next generation will face,” she said. “It’s something we are facing already. We are throwing stones at ourselves.”

The future looks even more grim, she added. “This burden will amplify,” she said. “Really, we need to do something.”

Dr. Ebi agreed. “Climate change is already affecting our health,” she said, noting that “essentially, all heat-related deaths are preventable.” Much depends on decisions, she said; communities must adapt to heat through measures like cooling centers and heat action plans to help those most vulnerable. She added, “In the long term, there are lots of choices that will affect our future vulnerability, including reducing our greenhouse gas emissions.”

Because the scientists were unable to gather reliable data in some parts of the world, including parts of Africa and South Asia, Dr. Vicedo-Cabrera was reluctant to say that the mortality average the researchers found could be applied worldwide. “This estimate that we obtained cannot be applied to areas that we did not assess.”

Those gaps need to be filled, a commentary published alongside the paper argued. “The countries where we do not have the necessary health data are often among the poorest and most susceptible to climate change, and, concerningly, are also the projected major hot spots of future population growth,” the commentary said. “Obtaining these data will be key for science to provide the information needed to help these countries adapt.”

The author of the commentary, Dann Mitchell, a climate scientist at the University of Bristol, said in an interview that the increased burden of climate change-boosted heat waves on societies like India, where many people already live in crowded conditions and poverty, and where health services are already strained, could create “something that’s not sustainable.”

“It’s going to crack at some point,” he said.