More Russian sanctions on the table, as Biden heads to Europe – Reuters.com 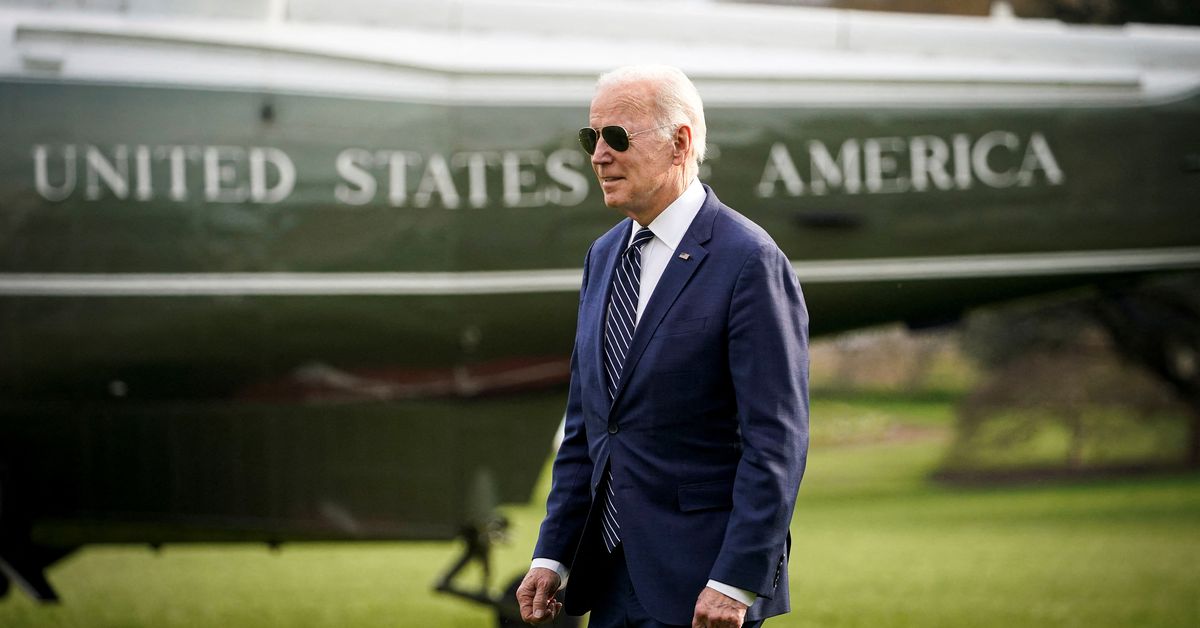 U.S. President Joe Biden walks to board Marine One, before traveling to Rehoboth Beach, Delaware for the weekend, on the South Lawn of the White House in Washington, U.S., March 18, 2022. REUTERS/Al Drago/File Photo

WASHINGTON, March 23 (Reuters) – President Joe Biden departs for Brussels on Wednesday for talks with European leaders about Russia’s invasion of Ukraine, carrying with him plans for more sanctions on Moscow that sources said include members of the Russian parliament.

Biden leaves the White House at 8:40 a.m. EDT on a trip that will include talks in Brussels with NATO and European leaders and a visit to Warsaw for consultations with Polish President Andrzej Duda.

Two sources familiar with the situation said Biden and his team were developing plans to impose sanctions on members of the Russian parliament, the Duma, in retaliation for Russia’s invasion of Ukraine. The sanctions are expected to be announced on Thursday.

The Wall Street Journal said 300 members of the Duma could face sanctions.

“We will have additional sanctions measures to announce that will rolled out in conjunction with our allies on Thursday when the president has the opportunity to speak with them,” the official said.

White House national security adviser Jake Sullivan told reporters on Tuesday that Biden on Thursday will attend an emergency NATO summit, meet with G7 leaders and address the 27 leaders of the European Union at a session of the European Council.

Biden will coordinate on the next phase of military assistance to Ukraine, said Sullivan.

In addition to imposing fresh sanctions on Russia, Biden will work with U.S. allies to tighten existing sanctions to “crack down on evasion and to ensure robust enforcement,” Sullivan said.

Biden has vowed not to engage in direct conflict with Russia but has pledged the United States will defend all NATO territory. He has ordered more U.S. troops to NATO’s eastern flank to reassure those edgy allies.

During his visit to Poland, Biden will visit U.S. troops and meet with experts involved in the humanitarian response to helping hundreds of thousands of Ukrainians who have fled their country and those who remain their.