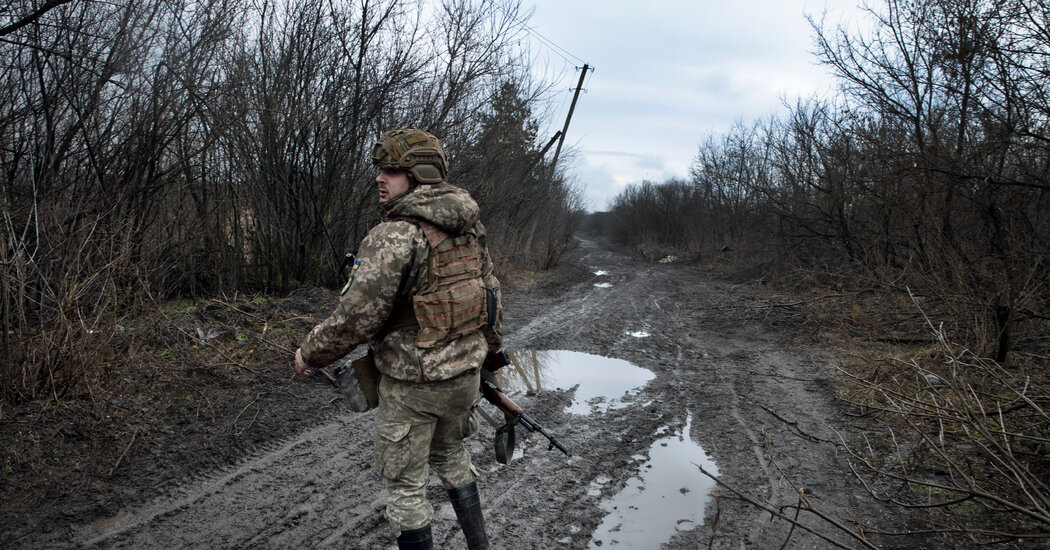 WASHINGTON — Russian mercenaries with combat experience in Syria and Libya are gearing up to assume an increasingly active role in a phase of the war in Ukraine that Moscow now says is its top priority: fighting in the country’s east.

The number of mercenaries deployed to Ukraine from the Wagner Group, a private military force with ties to President Vladimir V. Putin of Russia, is expected to more than triple to at least 1,000 fighters from about 300 a month ago, just before the invasion, a United States official said on Friday. The official added that the mercenaries would focus on defeating Ukrainian forces in the country’s Donbas region, where Russia-backed separatists have been fighting a war since 2014, and elsewhere in eastern Ukraine.

Dispatching trusted Russian mercenaries to help with a pivotal part of the Russian invasion underscores the Kremlin’s efforts to regroup and refocus its flagging, monthlong military campaign that so far has failed to achieve Mr. Putin’s initial goals, U.S. and other Western officials said.

The Russian military signaled on Friday that it might be lowering its war ambitions and focusing on the eastern Donbas region, though military analysts said it remained to be seen whether the move constituted a meaningful shift or was a maneuver to distract attention ahead of another offensive.

Wagner is the best-known of an array of Russian mercenary groups, which over the years have become more formalized, acting more like Western military contractors.

“The Wagner Group is a private military contractor for Russia,” John F. Kirby, the chief Pentagon spokesman, said this week. “We know that they have interest in increasing their footprint in Ukraine.”

Wagner’s fighters have garnered military experience in Middle East conflicts and serve as security advisers to various governments, including in the Central African Republic, Sudan and, most recently, Mali. Though they are loosely linked to the Russian military, they operate at a distance, which has allowed the Kremlin to try to deflect responsibility whenever the fighters’ behavior comes under scrutiny.

Underscoring how seriously Wagner considers its role in the conflict in Ukraine, senior Wagner leaders themselves are expected to deploy to the separatist enclaves of Donetsk and Luhansk to coordinate efforts on behalf of Russia, the U.S. official said, speaking on the condition of anonymity to discuss confidential operational assessments.

Wagner is relocating not only some of its mercenaries in Libya and Syria to Ukraine, but also artillery, air defenses and radar that the group was using in Libya, the official said. The Russian military is supporting these transfers by providing military cargo aircraft to relocate personnel and equipment.

While Wagner’s numbers are tiny compared with the more than 150,000 troops that Mr. Putin amassed on Ukraine’s borders and eventually sent into the country, their presence is an indication that Mr. Putin is taking a page from his playbook in 2014, when the Kremlin deployed Russian mercenaries, mostly veterans of the Russian military, to augment the forces of rebel fighters in eastern Ukraine.

Earlier this year, Western intelligence services detected the first small groups of Wagner mercenaries leaving Libya and Syria and arriving in Russian-controlled Crimea. From there, they filtered into the rebel territories.

But their initial performance on the battlefield was decidedly inauspicious, as they faced stiffer-than-expected resistance from Ukrainian soldiers. As many as 200 Russian mercenaries have been killed as of late February, the U.S. official said.

The initial purpose of the deployment of the mercenaries was the subject of debate. Some European and American officials said the mercenaries were positioned in the rebel territories to engage in sabotage and stage false flag operations intended to make it seem as if Ukrainian forces were attacking civilian targets.

But a Ukrainian military official said just before the invasion began that the mercenaries were primarily brought in to fill out the ranks of the separatist forces, to make it seem like local fighters were leading the charge.

Now the mercenaries are taking on a more direct combat and leadership role in eastern Ukraine, the U.S. official said.

In 2017, the Trump administration placed sanctions on Dmitri Utkin, the founder of the Wagner Group, for his role in recruiting soldiers to join separatist forces in Ukraine. In 2021, a United Nations report found that mercenaries from Wagner based in the Central African Republic had killed civilians, looted homes and fatally shot worshipers at a mosque.

Several years earlier, Wagner fighters in Syria worked with pro-government Syrian forces to launch a major artillery barrage against U.S. commandos at a desert redoubt, apparently in an attempt to seize oil and gas fields the Americans were protecting. In response, the Americans called in airstrikes that resulted in 200 to 300 deaths.

In both cases, the Russian government denied involvement.