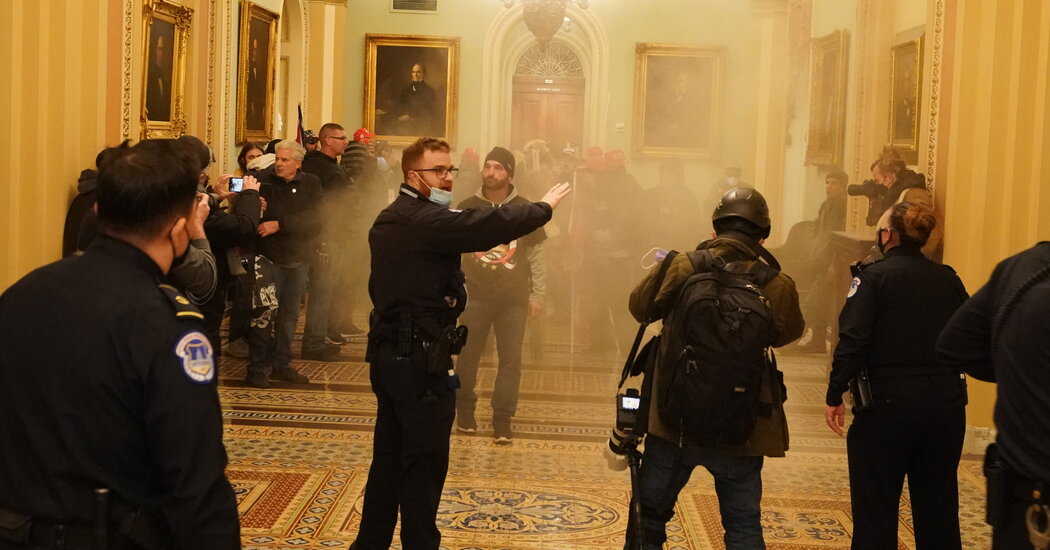 At least 19 Capitol Police officers either tested positive for the coronavirus or were found through contact tracing to have been exposed since a mob of Trump supporters — most of them not wearing masks — attacked the Capitol on Jan. 6, according to three people familiar with the matter.

They are the latest additions to a growing tally of people who have been infected since the deadly riot at the Capitol. Seven members of Congress have tested positive since the attack; some House Democrats have pointed to their Republican colleagues who did not wear masks while they were sheltering from rioters and forced into secure hiding for hours.

One of the people, who was not authorized to speak on the record about internal department matters, said that Capitol Police officers were being given rapid coronavirus tests to help determine which other officers may have contracted the virus from the Capitol siege.