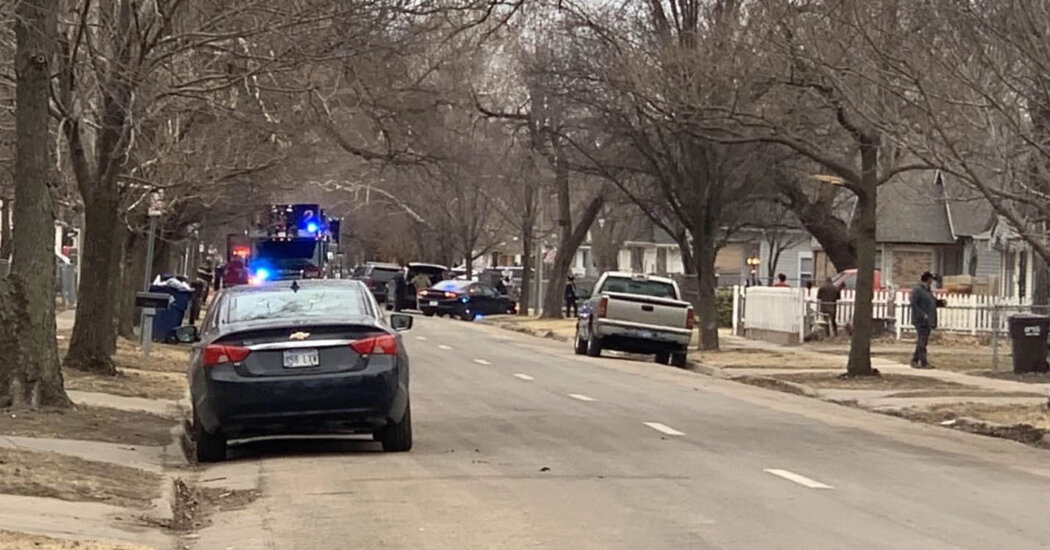 Three Wichita, Kan., police officers who had been dispatched to check on a vacant house were injured on Saturday when a “modified, loaded shotgun” discharged as they entered, the police said.

The three officers were taken to a hospital — two with minor injuries and one in serious but stable condition, the Wichita Police Department said on Twitter. One officer was later released from the hospital, the police said.

The officers had been dispatched around 4 p.m. local time “to check a vacant residence” and were hurt after entering the house, the police said.

Chief Gordon Ramsay said on Saturday night that the police had been called to the house by the owners, who had noticed that windows were open and were concerned that someone might have been inside. When the police arrived, they checked around the house and were given the key by the homeowner.

“They went inside, and almost immediately when they got into the threshold, there was some type of shot or shots or explosion,” Chief Ramsay told reporters.

“We don’t know if someone was inside, if this was a booby trap, we don’t know if it was a gun or if it was some type of improvised device,” he said on Saturday. “That’s what we’re investigating right now.”

The Wichita police issued a statement on Sunday saying that investigators found that “no one was inside the home, but someone had left a modified, loaded shotgun in the residence which discharged as the officers made entry.”

The department did not immediately respond to inquiries seeking a more detailed description of the weapon or an explanation for what caused it to fire.

A bomb squad and a SWAT team were dispatched to the scene on Saturday.

The federal Bureau of Alcohol, Tobacco, Firearms and Explosives said that its agents were also on the scene on Saturday, working with the state and local authorities to investigate.