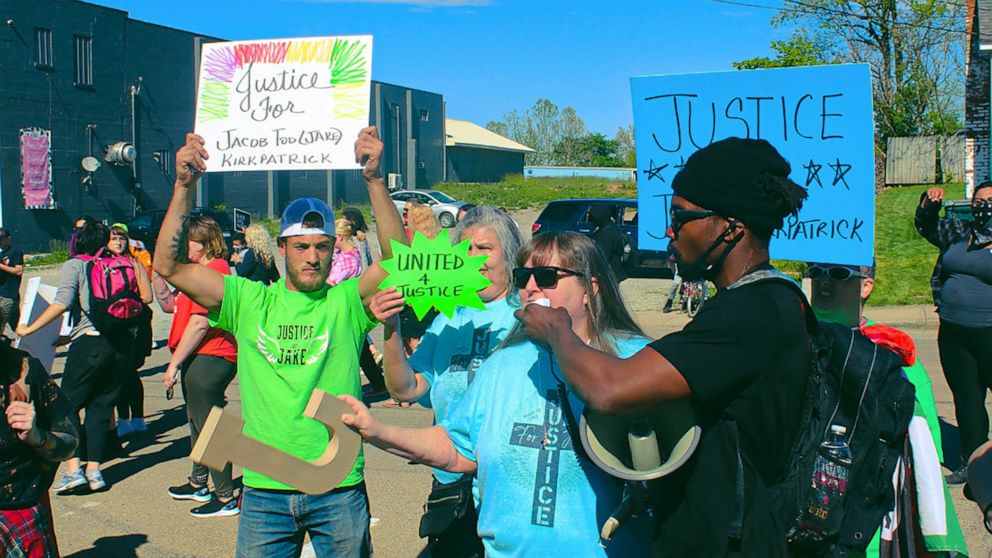 Derontae Martin was a playful and outgoing 19-year-old, a former football standout and a “big kid” who looked out for his friends and family.

Now, his mother, grandmother and racial injustice activists are questioning the official account of how the young Black man ended up shot to death during a prom party inside the rural Missouri home of a middle-aged white man with a history of bigoted social media postings. They don’t believe the findings of a preliminary investigation indicating that he took his own life inside the attic of that home.

“It’s heartbreaking,” Martin’s grandmother Kimberly Lotts said. “He wasn’t a kid that caused trouble, ran around or beat up folks, or robbed or stole. He wasn’t that kind of a kid. He was a very loving, fun-filled kid. He was a loyal, faithful friend to those that he cared about.”

Martin’s family lived in the St. Louis area until about a decade ago, when they moved to Park Hills, a town of 8,500 residents in Missouri’s Old Lead Belt region about 60 miles (97 kilometers) southwest of St. Louis.

Though that area of Missouri is about 95% white, Martin was popular and happy, his relatives said. Ericka Lotts recalled how her son donned bunny years during this year’s Easter service to amuse the small children.

At Central High School, Martin was a star defensive tackle who earned a scholarship to a small out-of-state college. He graduated in 2020 but needed to bring up his entrance exam score before he could go to college. Ericka Lotts said he spent the past year working at a Walmart store and a restaurant.

Ericka Lotts recently bought a house in the St. Louis suburb of Ferguson, and Martin was living with her. But on the night of April 24 he was back in the Park Hills area. He went to a prom party at a home near the Madison County town of Fredericktown, 27 miles (43 kilometers) south of Park Hills.

The home is owned by a man who on Facebook has mocked foreign accents and defended the Confederate flag. He recently posted a meme showing a hand flipping the finger. It reads: “Here’s my apology for being white.”

Because the man is not charged with a crime, The Associated Press is not naming him. He does not have a listed phone number.

Madison County Sheriff Katy McCutcheon declined to comment, but a brief news release said deputies and EMTs were called to the rural home at 3:01 a.m. on April 25. They found Martin in the attic, dead.

McCutcheon said an initial autopsy indicated Martin died of a self-inflicted gunshot to the head. Her news release did not say who owned the gun, or how Martin got it.

The Missouri State Highway Patrol was asked to review Madison County’s investigation, and concurred with the initial finding of suicide, though additional witnesses are still being sought, patrol Sgt. Clark Parrott said.

The investigation has been met with broad skepticism among racial injustice activists, about 100 of whom staged a protest march in Fredericktown last week. The Rev. Darryl Gray, a St. Louis activist leader, said counter-protesters tossed two nooses at protesters and yelled racial slurs. That area of Missouri was home to Frank Ancona, a Missouri Ku Klux Klan leader shot to death by his wife in 2017.

Gray said that despite the slurs and the threats, activists won’t rest until the mysteries of Martin’s death are solved.

“The whole thing is that it was a suspicious death,” Gray said. “How and why did Derontae end up in the house at this party, and how did he end up in the attic? At the very least … there is negligence here.”

Gray and Ericka Lotts met last week with Madison County Prosecuting Attorney M. Dwight Robbins, who asked the Missouri attorney general’s office to investigate. A spokesman for Attorney General Eric Schmitt, a Republican who is running for the U.S. Senate, declined to say if the office would get involved.

Ericka Lotts questioned how Martin, who was right-handed, could shoot himself with a full cast on his broken right arm. She said she’s heard several different accounts about what really happened and doesn’t know what to believe.

“All I do know is that somebody shot him,” Lotts said.