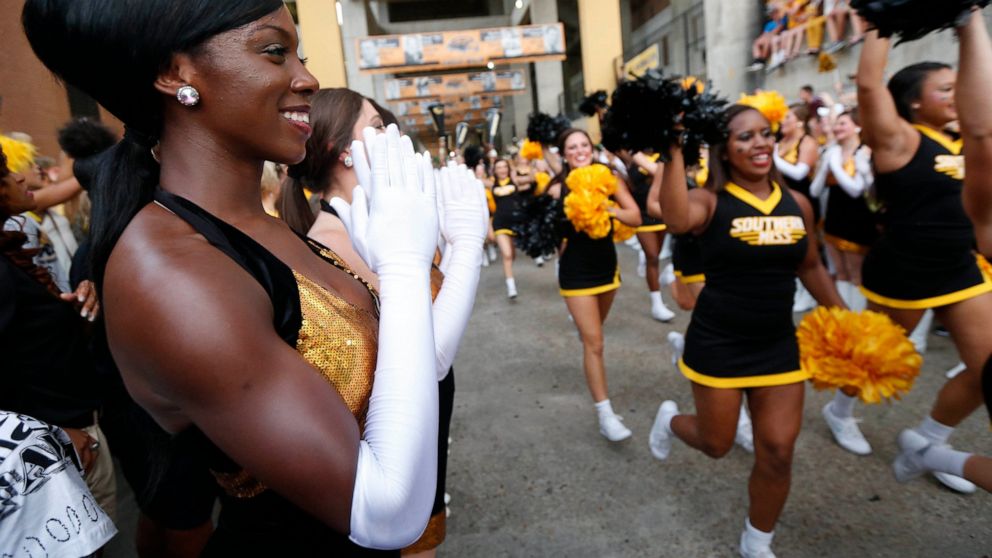 A Mississippi university says it is considering renaming its dance team, the “Dixie Darlings.”

HATTIESBURG, Miss. — A Mississippi university says it is beginning the process of renaming its dance team, the “Dixie Darlings.”

The University of Southern Mississippi’s marching band, The Pride of Mississippi, announced last month that it would look to select a new name for its dancers, who have held the nickname since 1954, The Hattiesburg American reported Monday.

A statement from band leaders said the name change, as well as replacing the song the dancers emerge onto the field with, “Are You From Dixie,” would contribute to its “ongoing commitment to maintaining a positive and safe environment for the students.”

University President Rodney Bennett in an August statement that the Alumni Association’s traditions committee supports the changes. He said the school of music would also work to develop a new song for the team. A new name and song were set to be approved for the next academic year and season, to allow “sufficient time” for the process, according to Bennett.

Dixie is a nickname for the southern U.S. states that formed the pro-slavery Confederacy in 1860, sparking the Civil War. Critics have said the term is racially insensitive.

The action comes as universities and institutions around the world face calls to address racist legacies. Protesters in the U.S. have also called for Confederate monuments and other icons to be removed during this year’s demonstrations against racial injustice.