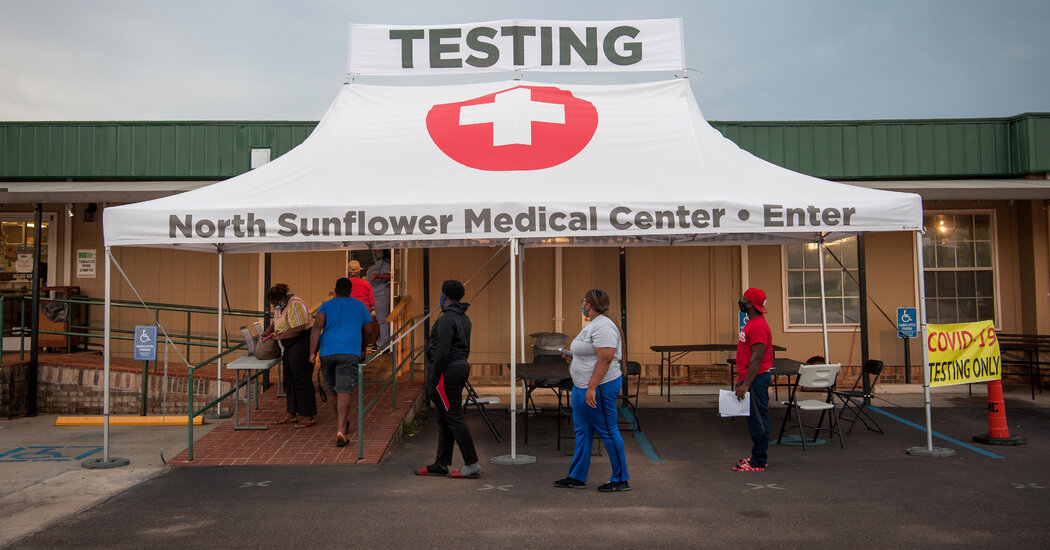 People in Mississippi who have health conditions that might put them at higher risk of severe illness from the coronavirus are not automatically permitted to vote absentee under the state’s current law, the state Supreme Court ruled on Friday.

The decision clarified whether a lower court’s ruling would have expanded access to absentee ballots to anyone worried about the risk of contracting Covid-19.

Mississippi requires voters who request absentee ballots to provide an excuse for doing so; it is one of a handful of states that has not expanded access to mail-in voting despite the threat of the coronavirus.

State law allows absentee ballots for people who are 65 or older, those who will be away from home on Election Day or those who have to work when polls are open. Those with a “temporary or permanent physical disability” who cannot vote in person without substantial hardship or risk can also request an absentee ballot.

Over the summer, state lawmakers added provisions to allow absentee voting by people who were under “a physician-imposed quarantine” because of Covid-19 or for those caring for a dependent under a quarantine.

Last month, a group of voters with health conditions, along with the American Civil Liberties Union and the Mississippi Center for Justice, sued the state to expand absentee voting in Mississippi. They argued, in part, that because the state health officer is a doctor, his guidance to avoid large indoor gatherings should count as a doctor’s quarantine order.

As such, they said, absentee voting should be expanded to anyone subject to that guidance.

Earlier this month, the lower court judge, Denise Owens of Hinds County Chancery Court, ruled that four of the voters with pre-existing conditions were eligible to vote absentee, but she rejected the broader expansion of access to mail-in voting.

Still, Mississippi’s secretary of state chose to appeal Judge Owens’s decision, seeking clarity on the scope of the ruling.

In the State Supreme Court ruling, a majority of the justices wrote that “having a pre-existing condition that puts a voter at a higher risk does not automatically create a temporary disability for absentee-voting purposes.”