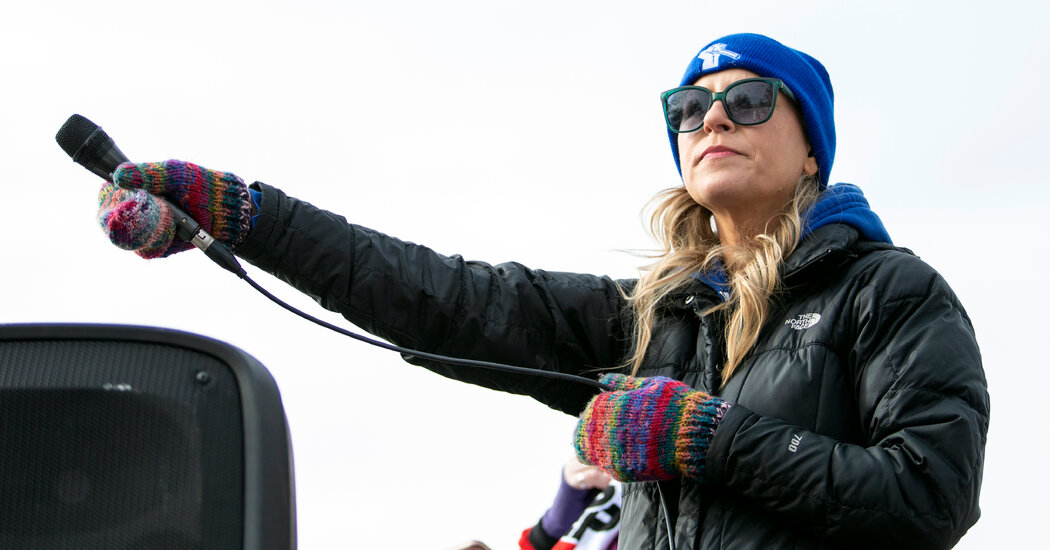 For weeks, the teachers’ union and school district officials have been negotiating over salaries, hiring and resources for students’ mental health. The talks in Minneapolis failed to reach a resolution by their Monday evening deadline, with the district saying it could not afford to meet teachers’ demands.

“It is not something any of us want to be doing right now,” she said.

In a statement on Monday evening, the district said it “would remain at the mediation table nonstop in an effort to reduce the length and impact of this strike.”

In St. Paul, the schools were open on Tuesday. A teachers’ strike was averted after the union there, the Saint Paul Federation of Educators, reached a tentative agreement with Saint Paul Public Schools on Monday night.

“I believe we have arrived at fair and equitable agreements that respect our collective desire to do right by our students,” the superintendent of Saint Paul Public Schools, Joe Gothard, said in a statement, “while working within the district’s budget and enrollment limitations.”

Students in the Twin Cities have already faced pandemic-related disruptions this year. In January, students in Minneapolis learned remotely for two weeks because of staff shortages related to the coronavirus. In St. Paul, some schools also returned to virtual learning for days at a time.

The strike on Tuesday left some Minneapolis parents scrambling to find child care.

A Monday evening robocall informed Brett Otteson, a father of three, that his children’s classes would be canceled on Tuesday. He found day care at a nearby church, but he is unsure what to expect in the coming days.

“The pandemic, as arbitrary as it seemed, was at least justifiable,” he said. “This just seems cruel and indefensible. It’s an unforced error.”

Jessica Sutherland, whose three sons stayed with their grandmother on Tuesday, said the closure “kind of felt inevitable, in a weird way.”

Her children’s teachers, she added, seemed to be doing the best they could to keep parents informed. “At no point during any of this have I ever felt like I saw a teacher giving up,” she said, “during the pandemic and now with the strike.”

As schools across the United States returned from winter break during the Omicron surge, many teachers’ unions raised concerns about understaffing because of illness, and shortages of masks and tests. In Chicago, home to the country’s third-largest school district, a week of classes were canceled after teachers’ union members argued that classrooms were unsafe. Schools reopened after a deal was announced on Jan. 10.

But pandemic-related issues have not been the sole source of disagreement between the Minneapolis teachers’ union and the school district.

Members of the union have asked for more competitive salaries for teachers, a starting salary of $35,000 for most education support professionals, better conditions to recruit and retain educators of color, and enough staff to address students’ mental health needs.

Greta Callahan, who leads the teachers’ chapter of the Minneapolis Federation of Teachers, said significant change was needed in her district.

“They continue to look at our proposals and say, ‘These are add-ons that we can’t afford.’ And we’re saying, ‘No, you need to rewrite the whole system and do things differently.’”

Ed Graff, the superintendent of Minneapolis Public Schools, has said that the district shared many of the same goals. But the district said it had been hamstrung by falling enrollment numbers, which means cuts to school budgets.

The district, he said, “continues to face a significant gap between the resources we have — our revenue — and the financial commitments we made — our expenses,” in part because of falling enrollment, rising costs and decades of underfunding.

Total enrollment in the city’s public schools from kindergarten through 12th grade fell to just below 30,000 at the start of this school year, down from nearly 33,600 in the fall of 2019.

Mr. Graff added that coronavirus relief funds from the federal government were helping the district address budget shortfalls, but would not be enough to cover long-term expenses like salary increases.

The teachers’ union has pointed to budget surpluses in Minnesota and said that within the district, money and power have been concentrated at the top while educators have struggled to do more with less.

St. Paul schools also face an issue of declining enrollment. About 34,000 students enrolled in the school district in 2021, down from 37,000 in the fall of 2019. The decline prompted a December decision to close and consolidate a handful of schools.

According to the union, the tentative agreement reached on Monday increases resources dedicated to students’ mental health, solidifies language about limiting class sizes and increases compensation, especially for educational assistants.

Randi Weingarten, the president of the American Federation of Teachers, said that the unions in both cities had been especially concerned with securing fair pay for educational support staff. She also criticized Minneapolis’s approach to negotiations.

“The difference between the bargaining this weekend in St. Paul and Minneapolis were night and day,” she said.

It has been decades since Minneapolis teachers last went on strike. Educators in St. Paul last went on strike in 2020 in a bid for more resources to improve mental health support for students and address racial disparities, among other issues.