Minneapolis officials said they would defund the police. Some now regret that pledge. 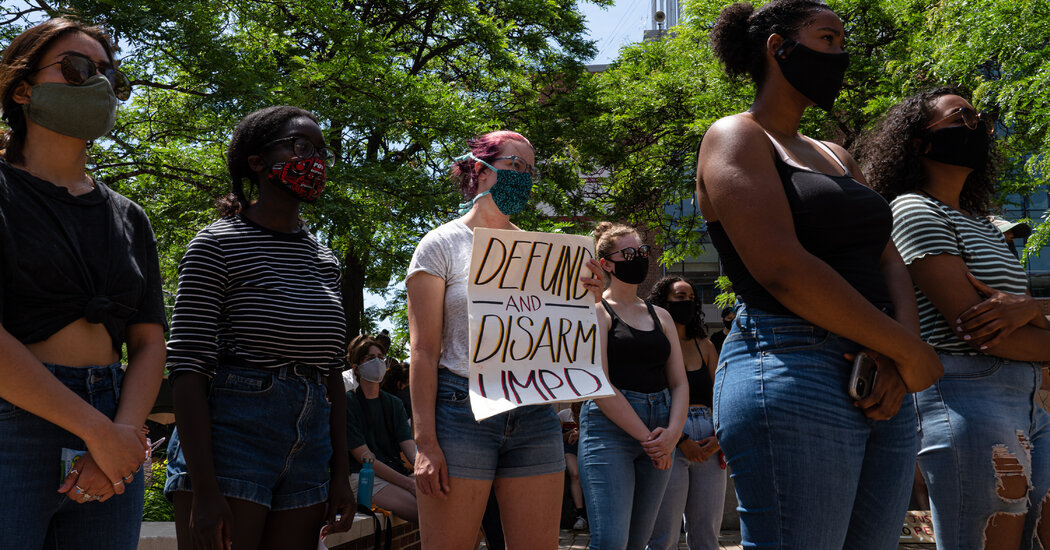 Over three months ago, a majority of the Minneapolis City Council pledged to defund the city’s Police Department, making a powerful statement that reverberated across the country. It shook up Capitol Hill and the presidential race, shocked residents, delighted activists and changed the trajectory of efforts to overhaul the police during a crucial window of tumult and political opportunity.

Councilor Andrew Johnson, one of the nine members who supported the pledge in June, said in an interview that he meant the words “in spirit,” not by the letter. Another councilor, Phillipe Cunningham, said that the language in the pledge was “up for interpretation” and that even among council members soon after the promise was made, “it was very clear that most of us had interpreted that language differently.” Lisa Bender, the council president, paused for 16 seconds when asked if the council’s statement had led to uncertainty at a pivotal moment for the city.

“I think our pledge created confusion in the community and in our wards,” she said.

The regrets formalize a retreat that has quietly played out in Minneapolis in the months since George Floyd was killed in police custody and the ensuing national uproar over the treatment of Black Americans by law enforcement and by the country at large. After a summer that challenged society’s commitment to racial equality and raised the prospect of sweeping political change, a cool autumn reality is settling in.

National polls show decreasing support for Black Lives Matter since a sea change of good will in June. In Minneapolis, the most far-reaching policy efforts meant to address police violence have all but collapsed.

In interviews this month, about two dozen elected officials, protesters and community leaders described how the City Council members’ pledge to “end policing as we know it” — a mantra to meet the city’s pain — became a case study in how quickly political winds can shift, and what happens when idealistic efforts at structural change meet the legislative process and public opposition.

The pledge is now no closer to becoming policy, with fewer vocal champions than ever. It has been rejected by the city’s mayor, a plurality of residents in recent public opinion polls and an increasing number of community groups. Taking its place have been the types of incremental reforms that the city’s progressive politicians had denounced.

In the meantime, “defunding the police” has become a talking point for state and national Republicans looking to paint liberals as anti-law-enforcement. It has been a thorn in the side of Joseph R. Biden Jr., the Democratic presidential nominee, even though he rejects the idea. And it has ignited a power struggle in Minneapolis that has, in some cases, pitted moderate against progressive, young against old, white against Black.