Midway through the Republican convention, speakers have downplayed the coronavirus. 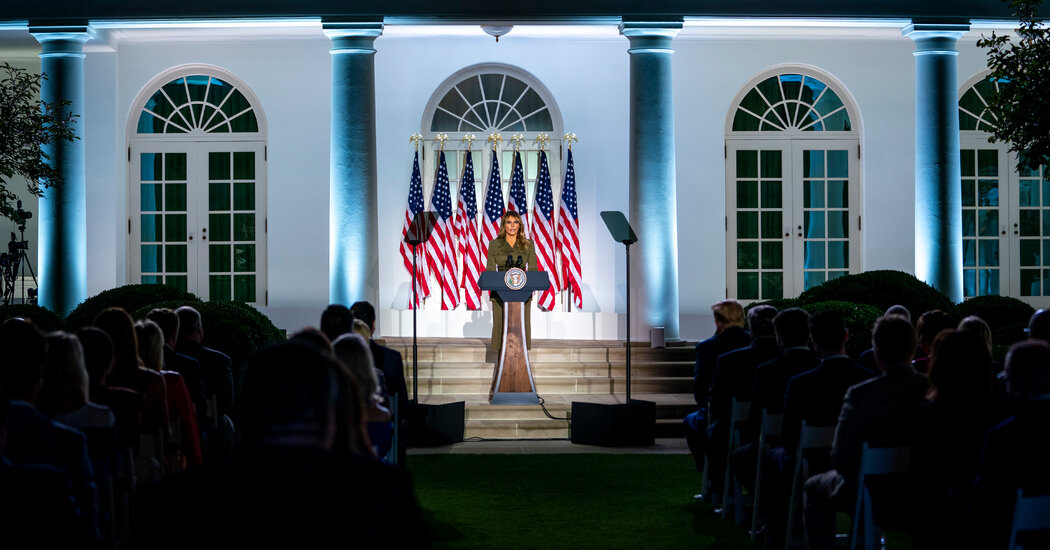 With the Republican National Convention at the midway point, the biggest contrast with the Democrats has been in how little attention the Republicans have given to the coronavirus pandemic that has upended life across America and led to over 178,000 deaths.

Democrats made the virus, as well as the Trump administration’s failure to contain it, a dominant theme of their convention last week. The Republicans have mentioned the virus far less, and when they have, it has sometimes been in the past tense.

“Then came a once-in-100-year pandemic,” Larry Kudlow, the president’s top economic adviser, said in his convention speech last night. “It was awful. Health and economic impacts were tragic. Hardship and heartbreak were everywhere. But presidential leadership came swiftly and effectively with an extraordinary rescue for health and safety to successfully fight the Covid virus.”

In fact, the nation is still averaging more than 40,000 new cases and more than 900 deaths each day.

The virus has not gone ignored. Near the end of President Trump’s nearly hourlong speech to delegates in Charlotte, N.C., on Monday afternoon, he said that “we will never forget the 175,000 people,” and added that his decision to ban travelers from China had saved lives.

That night Mr. Trump was shown meeting, maskless, with frontline workers. Several speakers praised his response, including a doctor, a nurse and Nikki Haley, the former United Nations ambassador. Mr. Kudlow described the federal relief package as having “saved the economy.”

While accentuating the positive is a time-honored part of any re-election campaign, it risks sounding discordant at a moment when the United States leads the world in reported virus cases and deaths; millions of workers remain unemployed; many school districts say it is still not safe to reopen; and it is now Americans who are barred from traveling to other nations that have been more successful at taming their outbreaks.

So far, the most direct acknowledgment at the convention of the pain the virus has caused came from the first lady, Melania Trump.

“My deepest sympathy goes out to everyone who has lost a loved one and my prayers are with those who are ill or suffering,” Mrs. Trump said from the White House Rose Garden. “I know many people are anxious and some feel helpless. I want you to know you are not alone.”