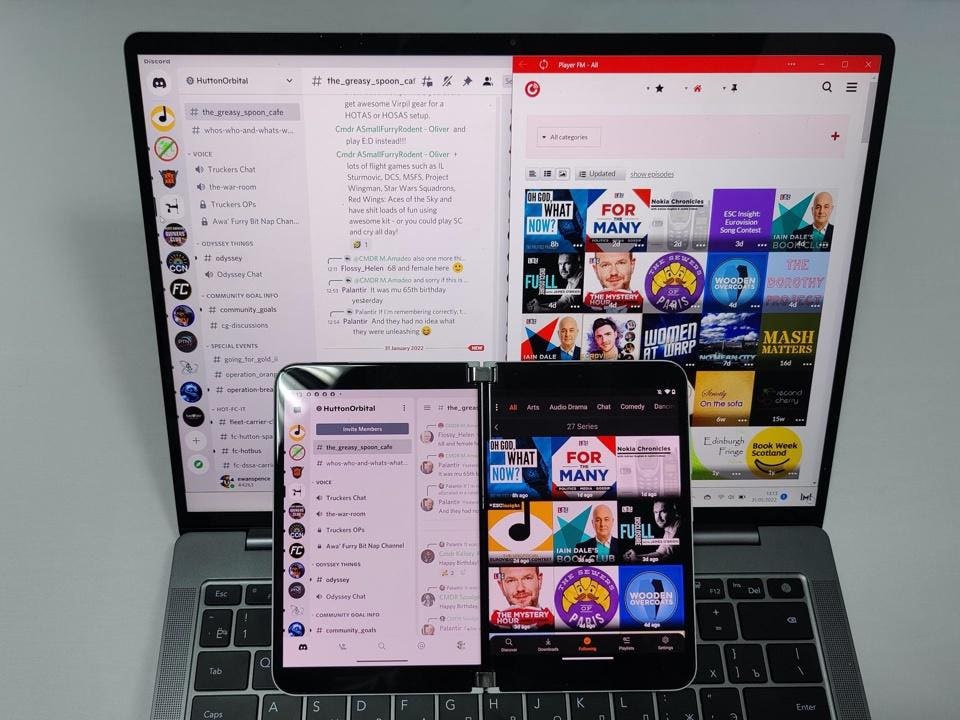 Microsoft’s recent reorganisation has brought various projects that focus on Android under one new division. While Microsoft’s focus on mobile has seen it launch support a number of mobile initiatives, bringing everything under one house illustrates its commitment to the wider market.

Zac Bowden reports on the re-org: “Microsoft is reorganizing several key teams and departments once again. Announced by Chief Product Officer (CPO) Panos Panay in a memo earlier this week, the company is moving its Surface Duo OS, SwiftKey, Phone Link, Microsoft Launcher, and a handful of other Android teams under a new dedicated Android org called “Android Microsoft Platform and Experiences” (AMPX.)”

As hardware, the Surface Duo and Surface Duo 2 represent one of the most visible elements of Microsoft’s Android strategy; with the dual screen format and a new way of looking at the user interface for Android, the continued presence of the Duo family is a reassurance to many that Microsoft is not in this space just to make up the numbers.

The software side of Microsoft’s Android adventures show a focus on fundamental parts of Android. You have SwiftKey for text input, you have the Microsoft Launcher to wrap around the apps and experience, you have Microsoft Outlook to handle email and calendar dates; Microsoft Office covers the productivity side of things, OneDrive offers file synchronisation and cloud support, Microsoft continues to push Teams as a collaborative space, and if I’m allowed my own highlights it would be the comprehensive OneNote and the simple yet effective Microsoft ToDo app.

Even though Microsoft has not “won” the mobile operating system battle (Windows Phone was just too late to the part, unfortunately without the unqualified support of app developers smart design was not enough), its software moves – especially in Android but also in the limited playground Apple offers third-party developers – has given it a foothold in the space.

Microsoft is clearly not letting up on this, as the move to the Android division shows.

What happens next? Sharp eyed watchers in the mobile space will have seen not only the subtle rebranding of Microsoft’s Windows 11 connectivity tool from “Your Phone” to “Phone Link”, but closer connectivity with Honor’s Windows 11 hardware that unlocks a stronger bond between Windows 11 and Android.

And if you’re wondering what the end point of this closer connection would look like, glance over to the bonds that Apple has made between iOS, iPadOS, and macOS – the seamless data transfer; the sharing of app screens; Universal control to keyboard and mouse for multiple devices all being headline items.

One of Windows 11 design features is an ability to be used in different modes such as on the desktop, in the lap, leaning back and consuming content, and more. Mobile is already in that mix on the handset, but bringing the handset closer to Windows 11 (and vice versa) adds more modes of use for the Microsoft ecosystem to leverage.

The operating system layer of the smartphone worlds has found its two main players and they are unlikely to be deposed. But the software and services layers remains fluid as each manufacturer looks to set their own vision… and consumers have the option to switch that out for their own preference.

With a single department taking the lead, it’s clear where Microsoft wants to be.