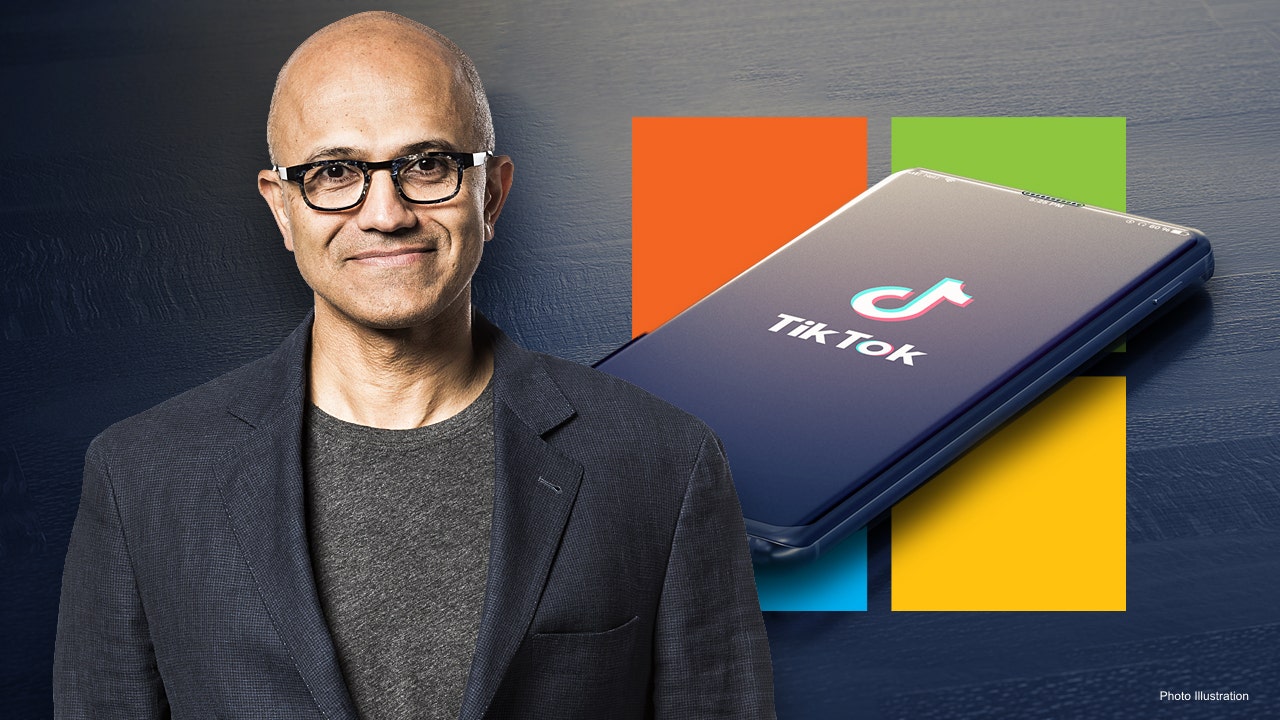 FOX Business sources tell Liz Claman that Microsoft is still in the lead to purchase the platform, but only ‘by a nose.’ Sources also say Microsoft’s CEO Satya Nadella wants TikTok because he sees it more as a prize.

With the deadline to submit bids for the U.S. assets of TikTok less than 72 hours away, sources close to negotiations tell FOX Business what last week was a “baseball game in the 7th inning with Microsoft in the lead” has now turned into a “tighter horse race that, for now, Microsoft has by a nose.”

“Satya wants it. He sees it as a prize,” the sources said, referring to Microsoft CEO Satya Nadella.

President Trump first threatened earlier this month via executive order to ban the short-form video app that’s a favorite of tweens to 20-somethings. He indicated that if no U.S. technology company stepped forward to buy the app by Sept. 15, the administration would force the app to go dark.

Sources familiar with TikTok’s Chinese parent ByteDance tell FOX Business that while “Microsoft stepped in as a standalone, now it’s not. There’s an honest competition now. [TikTok] bolsters Microsoft’s cloud business but the same could be said for Oracle,” but Nadella was first out of the gate months ago and always had the head start.

With its 100 million downloads in the U.S. and 50 million daily active users who post everything from dance videos to animal clips, TikTok could bolster both companies’ less-than-robust consumer arms.

“Nadella has wanted to go after a consumer strategy which up until now has gone nowhere,” Ives said. “The consumer attempts since [Microsoft co-founder] Bill Gates and [former CEO] Steve Ballmer only resulted in a treadmill approach.”

‘DESPITE ALL THE NOISE, THERE’S ONLY ONE OPTION HERE’

In the race between Microsoft and Oracle, neither of which responded to requests for comment, Ives doesn’t see a horse race or a baseball game analogy. “Despite all the noise, there’s only one option here. It’s Microsoft.”

Still in question — whether the Trump administration will accept either bidder.

Officials have accused TikTok of unlawfully sharing American users’ data with Beijing but have yet to provide evidence. TikTok maintains servers in Virginia and Singapore and insists it has never shared user data with the Chinese government.

On Monday, TikTok filed a 39-page lawsuit in the U.S. District Court for the Central District of California arguing the administration’s ban order violates free speech afforded by the Constitution and that U.S. officials have provided only a charge but no actual documentation of data sharing.