Michigan seemed to be slipping from Trump, but now he’s competing again there. 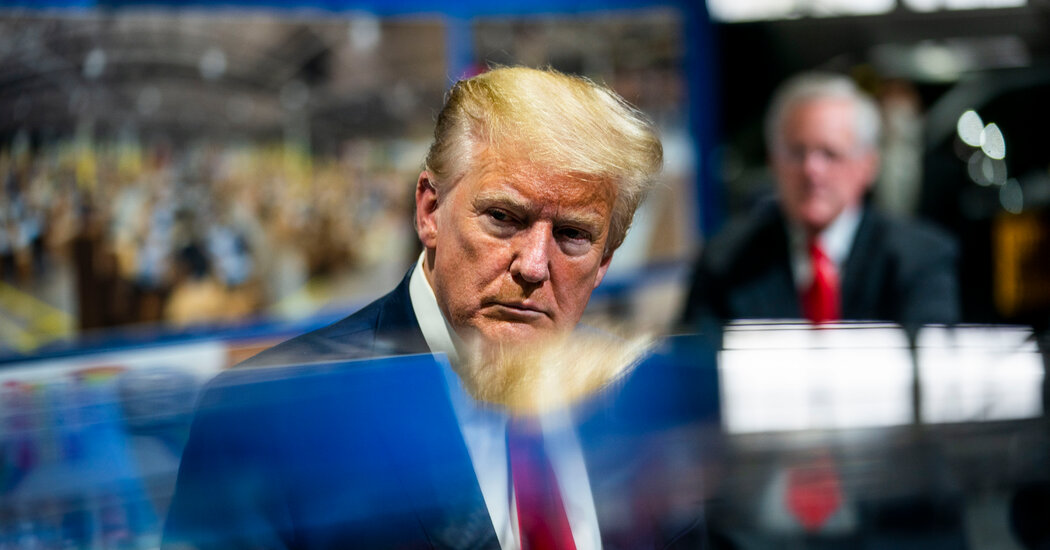 Of the three states that President Trump captured to the surprise of overconfident Democrats in 2016, Michigan has long seemed to Republicans the most at risk of slipping away this year.

Mr. Trump suspended his television advertising in the state over the summer, and several polls suggested that Joseph R. Biden Jr. had established a decent lead there over the president.

But it looks as if Michigan is back on the Trump battleground map. Mr. Biden is heading to Warren, Mich., a Detroit suburb, today to talk about the economy. The president is planning a campaign trip to the state on Thursday.

More revealingly, Mr. Trump resumed his television advertising in Michigan this week, this time with an ad trumpeting the “Great American Comeback.” The ad claims that the “finish line is approaching” in the race for a coronavirus vaccine (certainly that is Mr. Trump’s election season hope; whether it actually happens is an entirely different matter) and that the economy is on the rebound despite the ongoing pandemic.

The advertisement also selectively edits an interview with Mr. Biden to make it appear, incorrectly, that he wants to shut down the economy to contain the pandemic.

For now Mr. Biden — whose campaign is flush with cash — is notably outspending Mr. Trump in Michigan. Mr. Trump has bought just under $1.1 million in time on Michigan television stations for the week, compared with $2.4 million for Mr. Biden, according to data from Advertising Analytics.

But for the duration of the fall, Mr. Trump has reserved almost as much time on television in Michigan as Mr. Biden. Those numbers will almost certainly change as the campaigns adjust their advertising strategies based on polls and other data in the weeks ahead. As of now, though, Mr. Trump has purchased $13.1 million in television time, compared with $13.9 million for Mr. Biden.