Michigan man exonerated of murder after 32 years in prison 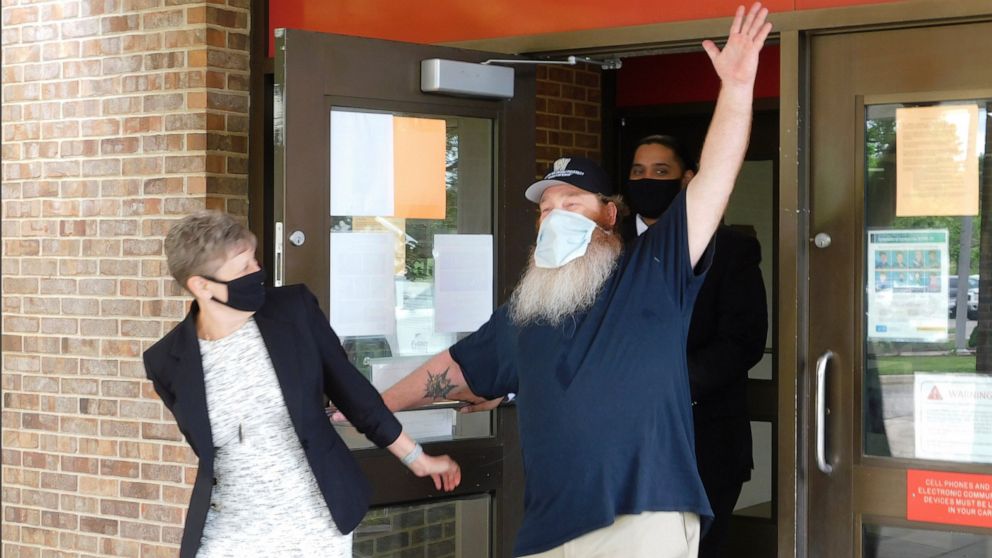 DETROIT — A man was exonerated Wednesday after 32 years in prison when authorities agreed that he was wrongly convicted of a fatal stabbing in suburban Detroit based on faulty evidence, including a bite mark on the victim.

For years, Gilbert Poole Jr. had challenged his first-degree murder conviction with expertise from the Innocence Project at WMU-Cooley Law School.

An Oakland County judge dismissed the conviction at the request of the Michigan attorney general’s office, clearing the way a few hours later for Poole’s release from a prison in Jackson.

“I spent decades learning, reading, studying law, but none of that was working for me,” Poole, 56, said in court. “It wasn’t until I surrendered to a higher power and God stepped in and sent me a band of angels to look past the rules and regulations and looked to see who was standing in the furnace. I was standing in the furnace. I didn’t belong here.”

Poole was convicted in the fatal stabbing of Robert Mejia, whose body was found in a Pontiac field.

Poole’s girlfriend told police that he had confessed to her that he met Mejia in a bar and later killed him during a violent robbery attempt. A dentist linked Poole to a bite mark on the victim.

Poole repeatedly denied any role. In 2015, the Michigan Court of Appeals ordered DNA testing of biological material gathered by police in 1988. There was evidence of type A blood at the scene, which didn’t match Mejia’s or Poole’s blood.

“Someone else fought with Robert Mejia in the woods that early morning and someone else killed him,” Assistant Attorney General Robyn Frankel told the judge.

Attorney General Dana Nessel said the county prosecutor’s office, which handled the case in 1988-89, had no objection to vacating Poole’s conviction.

Bite mark evidence “has been widely debunked. It’s not reliable anymore,” Nessel said. “Then you have here not just that but the advent of very reliable types of testing such as DNA.”

Poole’s lawyer, Marla Mitchell-Cichon of the law school’s Innocence Project, said an exoneration seemed out of reach at times.

“But we are thrilled that the truth has finally been established,” she said.

Nessel said Poole will be eligible for a variety of post-prison services, including housing assistance. She didn’t address whether he would qualify for $1.6 million under Michigan’s wrongful conviction compensation program.

The law grants $50,000 for each year spent in prison if someone is exonerated, typically because of new evidence.