Michigan as a microcosm of the country: Will polling avoid another miss? 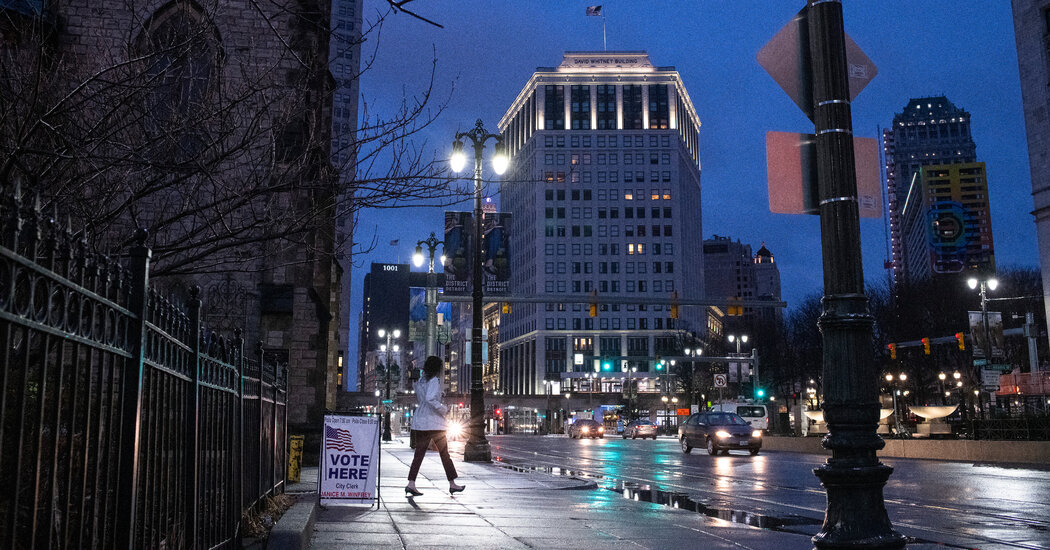 There may be no better microcosm for the national mood than Michigan, a state that tipped for President Trump in 2016 by just over 10,000 votes — making it the geographic and symbolic center of the country’s political realignment.

College-educated voters and women voted overwhelmingly Democratic in the 2018 midterm elections, flipping the House blue. This year, the president’s inability to contain the coronavirus has added to many voters’ frustration with him, and he has struggled to find a message that can draw back Americans at the political center. With voter enthusiasm surging, political observers say this could be the highest-turnout election in the country’s history, despite the pandemic.

And in Michigan, a poll released Friday by The Detroit Free Press showed Joseph R. Biden Jr. leading Mr. Trump by eight percentage points in the state, roughly in line with his advantage in other polls — powered by the same anti-Trump sentiment that helped Democrats flip two suburban House districts in 2018.

Still, the Republican base in Michigan is strong, and it shows up at the polls more consistently than Democratic voters. That was part of what carried Mr. Trump to victory in 2016, when voter enthusiasm was low across the board.

This year, however, conscious that their ballots could again help decide the election, Michiganders of all political persuasions report being heavily motivated to vote. That’s a bad sign for Mr. Trump, who has never received a predominantly positive review from the roughly four in 10 Americans who identify as independents.

In 2016, polls were so faulty in Michigan that they whiffed in both the Democratic primary and the general election, overestimating Mrs. Clinton’s strength both times. In the general, many polls failed to correct for the fact that white men without college degrees — a key part of Mr. Trump’s base — are among the most difficult to reach.

But pollsters have sought to correct for the kinds of mistakes that led to an underestimation of Mr. Trump’s strength four years ago, adjusting to account for his support among less educated white voters and in some cases striving to reach more cellphone respondents.