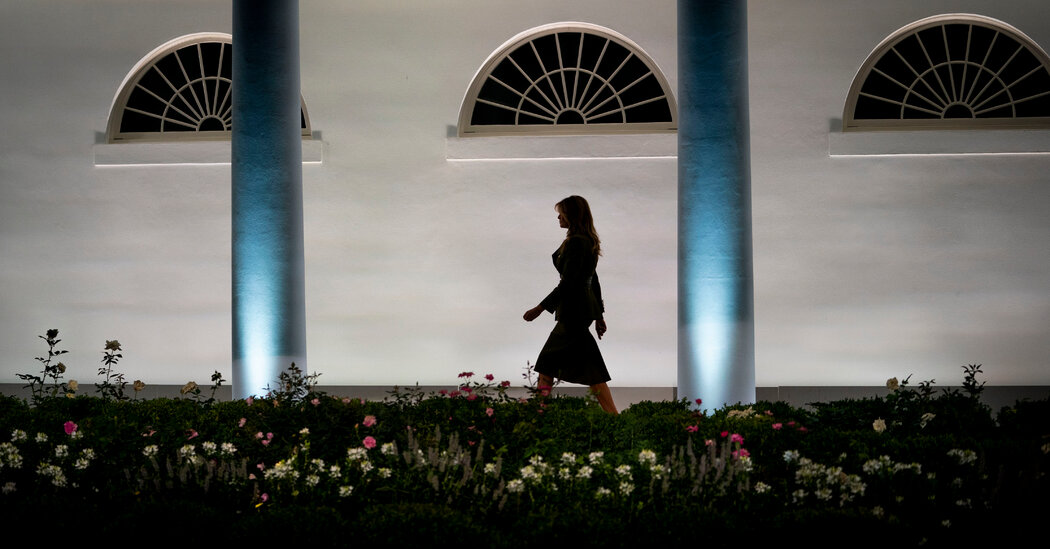 Stephanie Winston Wolkoff, who served as Mrs. Trump’s senior adviser and had previously been a close friend, told the newspaper in an interview that the two women did not use official White House email accounts when they communicated frequently about official topics.

Ms. Wolkoff recently published “Melania and Me: The Rise and Fall of My Friendship With the First Lady,” but the allegation about Mrs. Trump’s use of personal email accounts is not included in the book.

The use of personal email accounts was at the heart of President Trump’s most vicious attacks on Hillary Clinton during the 2016 presidential campaign. He repeatedly accused her of having deleted 33,000 emails from a personal server while she was secretary of state. Mrs. Clinton said the emails were personal in nature, and an FB.I. investigation found no evidence that they were deleted deliberately.

As first lady, Mrs. Trump is not a government employee and is not automatically covered by the same laws that would govern communications by a cabinet secretary or other administration officials, according to ethics experts. But her discussion of government business and information on unofficial accounts might still be a violation of some laws.

“It raises some legal questions that need to be looked at about whether any of the emails would trigger a provision of the Presidential Records Act,” which requires that communications be permanently preserved and archived, said Jordan Libowitz, a spokesman for Citizens for Responsibility and Ethics in Washington, a liberal watchdog group.

There have been earlier reports about the first lady’s use of messaging apps. In 2018, The New York Times reported that she used “email, text, phone calls and Signal to keep in touch with her contacts.”

Mr. Libowitz said the use of personal accounts by the first lady also fit a broader pattern in which members of the Trump administration had sought to avoid transparency by using personal email accounts and messaging apps.

Last year, the House Oversight and Reform Committee began investigating reports that Jared Kushner, the president’s son-in-law and senior adviser, had been using both WhatsApp, a popular encrypted messaging app, and personal email accounts to conduct business, including communications with foreign leaders.

Ivanka Trump, the president’s daughter, also reportedly used personal email for government communications. A representative for her lawyer told reporters at the time that she had briefly used a personal account before she was briefed on the rules and that none of the communications were classified.

Mr. Libowitz described Ms. Wolkoff’s allegations about the first lady’s email use as fitting a “clear pattern” of the Trump administration’s “doing business off the books.”

“There’s this pattern of avoiding record-keeping, so it’s harder to give the benefit of the doubt here,” he said.

White House officials and Ms. Wolkoff did not respond to requests for comment.

The Post said that its reporters had reviewed emails and other messages that they described as having been from “private email and messaging accounts used by Melania Trump.” The paper said the topics discussed in those messages included government hiring, inauguration finances, her child-focused Be Best initiative and schedules for Mr. Trump and Mrs. Trump during state visits.

Biden, an Amtrak Evangelist, Could Be a Lifeline for a Rail Agency in Crisis

Joe Biden Had Close Ties With Police Leaders. Will They Help Him Now?