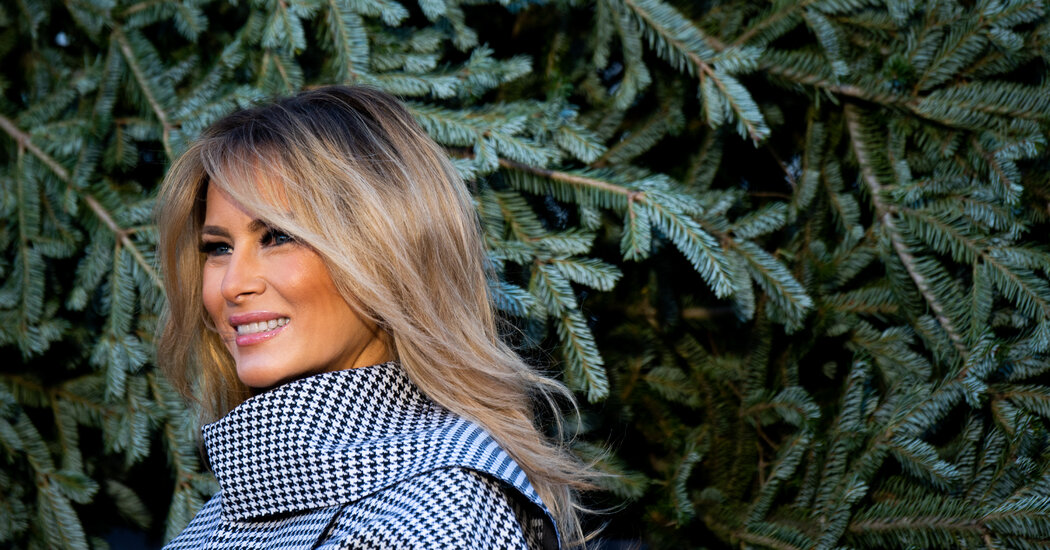 WASHINGTON — A Florida fund-raiser planned for April that was to feature Melania Trump has been called off after state regulators there concluded that the company working with the former first lady to organize the charitable event had not properly registered to solicit contributions.

Mrs. Trump had announced in late January plans for what she called “Tulips & Topiaries,” a gathering at an undisclosed location in Naples, Fla., that would feature an “elaborate flower garden with tulips” and “delicious hors d’oeuvres alongside tea and bubbles.” Tickets were put on sale for as much as $50,000 for a VIP table, with the money, she said, slated to provide scholarships to children emerging from foster care.

But Whip Fundraising, a consulting firm that helped organize the event, only registered as required by the state in recent days, after Florida officials began investigating the matter. Florida requires certain organizations that ask for charitable donations among Florida residents to first file with the state and then report how the money will be spent.

“They were not registered as a professional solicitor or a fund-raising consultant, and they are working to rectify that,” said Erin Moffet, a spokeswoman for the Florida Department of Agriculture and Consumer Services, which oversees charitable organizations in the state.

Ms. Moffet said the event planned for April 9 had been canceled and that any money that had been raised through ticket sales would be forwarded to a nonprofit group called GenJustice that is registered in Florida as a charity, and that helps foster children. With that, she said, the state’s investigation into the matter had been closed.

In a statement Thursday, Mrs. Trump’s office declined to say how much money had been raised, but said the event had not been canceled. “The event organizer is rescheduling to a future date due to the overwhelming support from individuals and charitable organizations,” the statement said.

Brad Keltner, the head of Whip Fundraising, said in an interview on Thursday that his company had not broken any state rules and that the initial guidance from the state he had received in December was that he did not need to register as a fund-raiser. But he said after being contacted by state investigators, he had moved this week to register with the state to eliminate any outstanding questions.

Mr. Keltner added that it was Mrs. Trump who had promoted the event when her office first announced it in late January.

“Tulips and Topiaries will be a once-in-a-lifetime experience — an afternoon of sophisticated elegance set in elaborate, lush floral gardens designed to inspire giving, hope, possibility, and dreams,” a news release her office put out in January said. She later sent out a notice on her new social media account with Parler.

But Mrs. Trump, in a statement to The New York Times, has said she was not organizing the event, and was just a participant. (Ms. Moffet said the state had separately concluded that Mrs. Trump had not solicited funds in way that would require her to register.) She declined to address whether money raised at the planned event would be used to pay her personally, and instead criticized questions about the event.

“The media has created a narrative whereby I am trying to act in an illegal or unethical manner,” she wrote in a statement last month. “That portrayal is simply untrue and adversely affects the children I hope to support. Those who attack my initiatives and create the appearance of impropriety are quite literally dream killers. They have canceled the hopes and dreams of children by trying to cancel me.”

Both Melania Trump and former President Donald J. Trump have aggressively raised private money in the year since he left public office. Mr. Trump has published a $75 coffee-table book, gone on an arena tour, held an event with Whip Fundraising last December, and is behind a new social media company.

Even as Mr. Trump holds political rallies, he has carved out time for for-profit events. On March 19, he is speaking at an arena in Fort Lauderdale, Fla., where “presidential” level tickets are selling for nearly $3,000.

Mrs. Trump held an online auction in January to sell a hat she had worn at the White House in 2018. More recently, she has started what she says will be a series of sales of unique virtual photographs — so-called NFTs — of her and Mr. Trump at White House events, a promotion she started on Presidents’ Day that will generate as much as $500,000 in revenues if all 10,000 of the items sell out. So far, her website suggests more than 6,100 of these items have been sold for $50 a piece.

Mr. Keltner on Thursday declined to provide a new date or location for the rescheduled event. The website that had offered tickets to the Naples event has been taken down, a move Mr. Keltner attributed in part to bots that he said had been attacking the site “nonstop.”