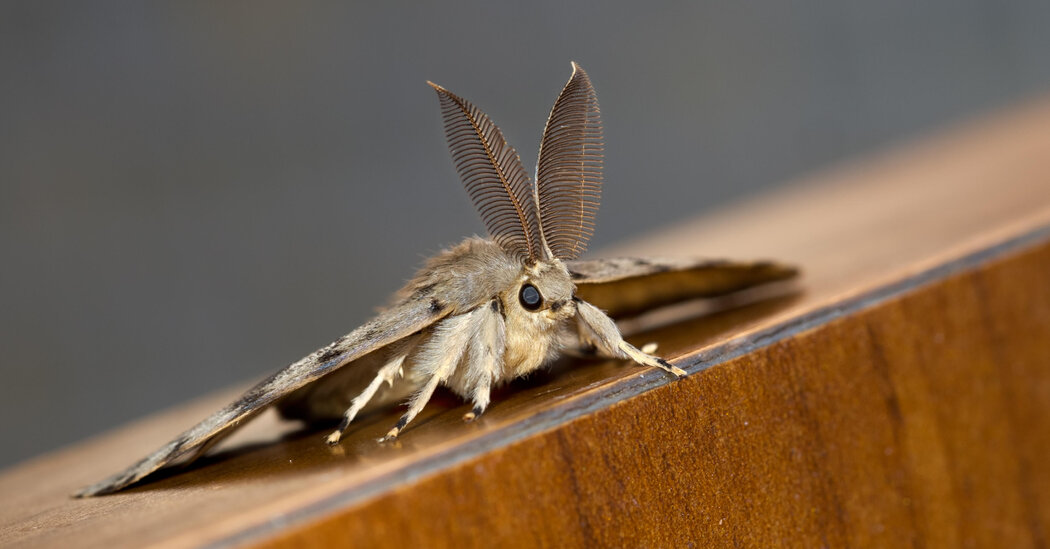 Leigh Greenwood, a forest health program director at The Nature Conservancy and a member of the working group, adding said the new name “has really good historical and social precedent.”

Ms. Greenwood, who grew up outside New York City, often saw spongy moths, their furry caterpillars and their porous egg masses plastered to trees. In North America, the moth is an invasive species that can strip trees and shrubs of their leaves, sometimes leading to tree death or an increased risk of wildfires. “It’s tremendously visible and very expensive to deal with,” Ms. Greenwood said.

That will make updating the moth’s name wherever it is used is no easy feat. “Websites, handouts, pesticide labels; both federal, state and international regulations,” Ms. Greenwood said. “It’s going to cost a lot of real money and time, and it’s important and worth it.”

As such, the Better Common Names Project published a guide to switching to to the new name and set March 2023 as an encouraged date for full adoption.

The project has taken input since last summer on other potentially problematic names and plans to have a list by summer of the next names they will seek to replace, according to Joe Rominiecki, the communications manager at the society. One possibility that the entomological community has discussed are insects considered pests that are named after geographic places, Mr. Rominiecki said.

Ms. Greenwood offered the Japanese beetle as an example. “They try to exterminate it, they try to prevent it, and the language used for those control efforts can become extremely, clearly xenophobic,” she said.

Other biological groups, such as genes and plants, have no formal body that governs common names, Ms. Greenwood said. In her eyes, the project is “a great example of a community-based process really could kind of lead the way for plants and animals that don’t have a body that holds names.”