Maya Wiley, ex-lawyer for Mayor de Blasio and commentator, is running for mayor of New York. 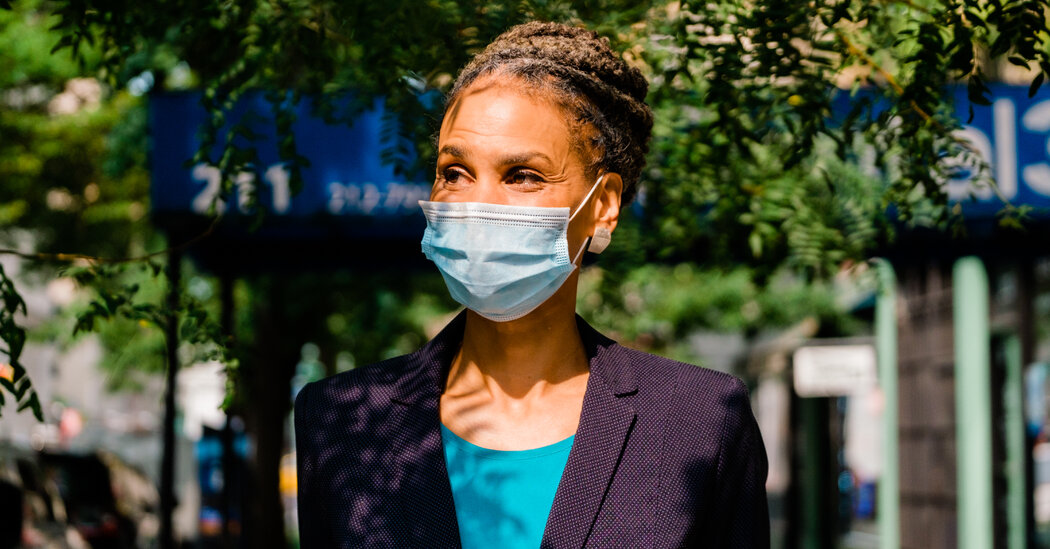 Maya D. Wiley, a former top lawyer for Mayor Bill de Blasio who has gained a national following as a political and legal analyst for MSNBC, announced Wednesday night that she was running for mayor of New York City and immediately sought to distance herself from her former boss.

In a campaign launch video, Ms. Wiley pointedly did not mention Mr. de Blasio by name, but invoked his tenure as she pointed to a “crisis of confidence in our city’s leadership.” Mr. de Blasio must leave office next year because of term limits.

“Some will say I don’t sound like past mayors or look like them or think like them, and I say yes, I don’t — that is the point,” said Ms. Wiley, who is Black. “I am not a conventional candidate. But changing it up isn’t the risk. Electing the same kinds of people, bringing the same old broken promises over and over again and expecting things will be different — that’s the risk we can’t afford right now.”

Her announcement had been expected for months after Ms. Wiley left her role at MSNBC in July to explore a run. The mayor’s race next year has been reshaped by the pandemic and by massive Black Lives Matter protests in the city.

By urging voters to support her “if you’re tired of the same old thing,” Ms. Wiley cast herself as an outsider, despite her affiliation with the de Blasio administration, a strategy that would distinguish her from two leading Democratic candidates — Eric Adams, the Brooklyn borough president, and Scott M. Stringer, the city comptroller — who are longtime public servants.

Maya Wiley is also a former head of the Civilian Complaint Review Board, an independent agency that investigates complaints from the public about police misconduct.

She plans to formally begin her campaign today at an event outside the Brooklyn Museum with her family and supporters, including Michael Gianaris, a powerful Democratic state senator from Queens known most for his successful efforts to disrupt Amazon’s deal for a headquarters in his borough.