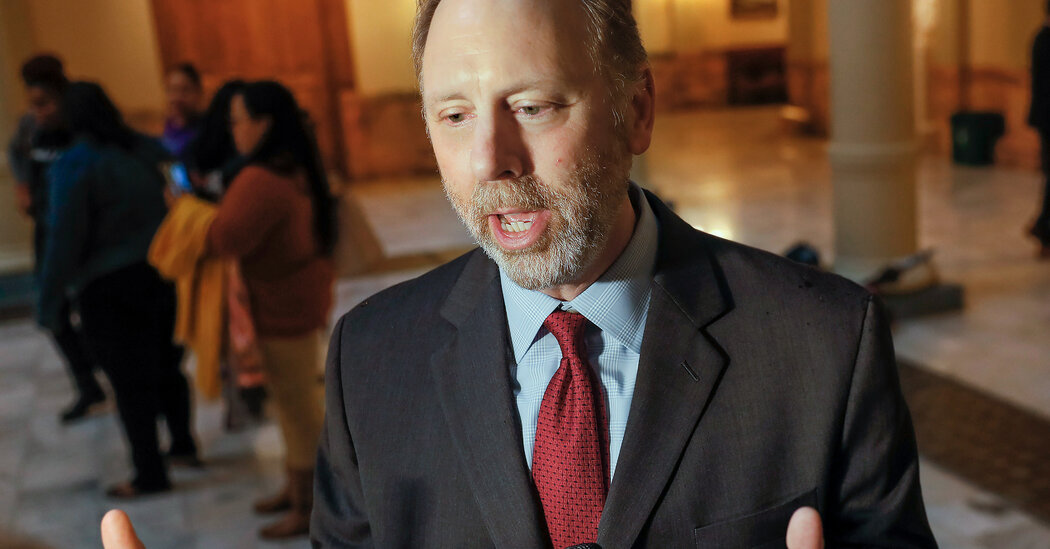 Democrats aren’t being very subtle about their feelings toward Matt Lieberman, a Democratic candidate for one of Georgia’s two Senate seats on the ballot in November.

The son of Joseph I. Lieberman, the former Connecticut senator and 2000 Democratic nominee for vice president, is resisting calls from just about everyone that he withdraw in deference to the Rev. Dr. Raphael Warnock, the senior pastor of Atlanta’s Ebenezer Baptist Church and a fellow Democrat, who leads him in the polls.

On Friday, former President Barack Obama endorsed Dr. Warnock, making a rare foray into what is essentially a party primary. His backing comes a day after Stacey Abrams, the titular head of Georgia Democrats, said, “We need Matt Lieberman to understand he’s not called for this moment.” And The Atlanta Journal-Constitution on Thursday quoted Democrats from across the political spectrum urging Mr. Lieberman to quit.

The reason Democrats want Mr. Lieberman out is that he is not competing in a traditional party primary. Because Senator Kelly Loeffler, a Republican, was appointed in December to replace Senator Johnny Isakson, the first round of voting for the final two years of her term is an all-party primary, with 21 names on the Nov. 3 ballot.

If no one gets more than 50 percent of the vote — a near certainty with so many candidates — the top two finishers will compete in a January runoff election. Three polls released this week, by The Atlanta Journal-Constitution, Monmouth University and The New York Times, showed Ms. Loeffler, Representative Doug Collins, a Republican, and Dr. Warnock bunched tightly together, with Mr. Lieberman trailing the pack, but corralling enough support that it is a distinct possibility that Democrats could be locked out of the January runoff.

This week is not the first time Georgia Democrats have called for Mr. Lieberman to quit the race. In August, after HuffPost reported that a novel Mr. Lieberman self-published in 2018 included a racist character and tropes, the chairwoman of the Democratic Party of Georgia asked him to step aside.

Mr. Lieberman’s presence on the ticket has also exposed Dr. Warnock’s inability, so far, to build his coalition beyond the roughly 20 percent support he has received in the latest polling. Mr. Lieberman on Thursday tweeted a lengthy defense of his candidacy that argued Dr. Warnock, and the leading Republican candidates, would all be tools of political elites.

In an interview Friday, Mr. Lieberman contended there was “almost no chance” of Democrats being locked out of the runoff because of his candidacy.

“If I end up running even or stronger to Warnock its probably because something has befallen his campaign that they have not been able to handle, or because my campaign has made headway,” Mr. Lieberman said. “This tremendous fear that everyone has been living under has been hyped up and is the direct consequence of fear-mongering from the party bosses.”

Dr. Warnock has a decided financial advantage over Mr. Lieberman. The Warnock campaign has spent $7.9 million on television advertising, compared to just $134,000 for Mr. Lieberman, according to Advertising Analytics. But the Republicans running also have a vast disparity in TV spending while Ms. Loeffler ($16.6 million) and Mr. Collins ($1.2 million) remain neck-and-neck in the polls.