Massachusetts Primary Elections: What to Watch For 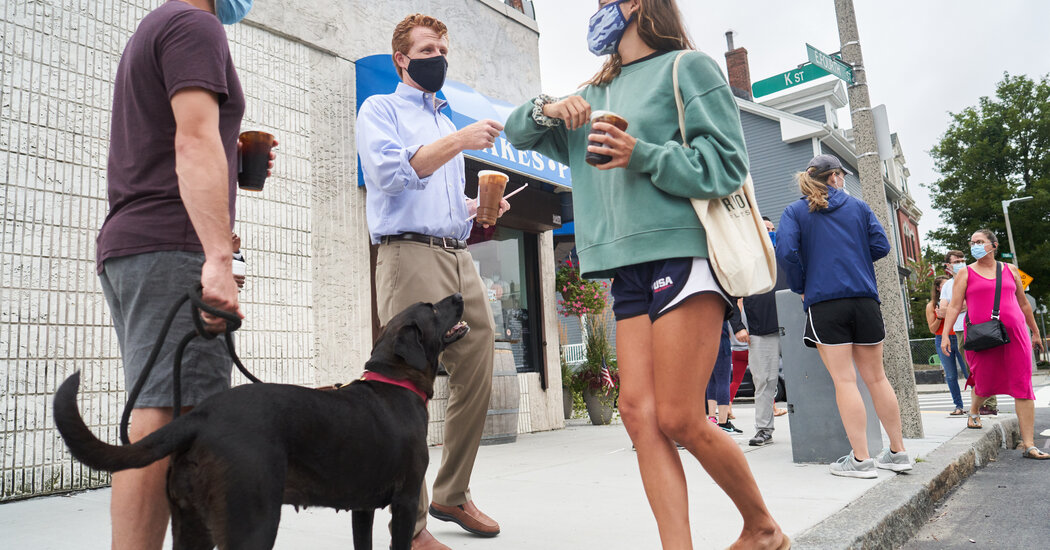 The Democratic race between Representative Joseph P. Kennedy III and Senator Edward J. Markey of Massachusetts was perhaps the marquee Senate primary of the year, as the young scion of one of the country’s most storied political families challenged a 43-year fixture of Congress.

But it was not the only closely watched primary election that will unfold on Tuesday in Massachusetts, a state that relishes its hard-fought political campaigns as much as its sports teams. Here’s what we’re watching for, from the Senate battle on down the ballot.

The Markey-Kennedy battle could come down to turnout.

Mr. Markey enjoyed an advantage in the polls going into Tuesday, but both campaigns were uncertain about the final result because it was unclear how many votes had yet to be cast. More than 700,000 ballots have already been sent in, a figure that reflects how many people voted by mail or cast ballots in person early to avoid the polls on Election Day during the coronavirus pandemic.

Because many of the votes that have been cast already come from suburban areas, which represent Mr. Markey’s base, Mr. Kennedy is counting on a large Primary Day turnout in Massachusetts’s cities.

The record turnout for a primary in the state is 1.4 million. The closer to that number the turnout on Tuesday is, the better chance Mr. Kennedy has to pull out a victory.

In Western Massachusetts, a young progressive takes on a powerful incumbent.

It has been overshadowed because of the titanic Senate race, but the challenge by Mayor Alex Morse of Holyoke to Representative Richard E. Neal, a Democrat and the dean of the state’s House delegation, also carries enormous implications. Mr. Neal, the chairman of the influential Ways and Means Committee, is the most powerful incumbent whom progressives have challenged this year. If the 31-year-old Mr. Morse wins, it would illustrate the growing strength of the party’s left wing and especially of groups like the Justice Democrats that have gotten behind the challenger.

But if Mr. Neal hangs on, it will be in part because of the nature of his district. Unlike the other House Democrats who have lost primaries in recent years, Mr. Neal has fewer upscale liberals in his district, which covers a range of cities and small towns in Western Massachusetts.

The race to succeed Mr. Kennedy has been something of an unruly affair, with multiple credible candidates vying for a Democratic nomination that is tantamount to victory in the general election. Many of the hopefuls are running to the left, including Jesse Mermell, a former Brookline select board member who has won a handful of coveted endorsements, including from abortion rights groups and popular state Democrats like Representative Ayanna Pressley and Attorney General Maura Healey.

But Alan Khazei, a founder of the service program City Year, and Jake Auchincloss, a city councilor in Newton, have raised the most money in the sprawling field. Notably, Mr. Auchincloss has run more toward the political center, calling himself “a Charlie Baker Democrat,” in a homage to the state’s moderate, and popular, Republican governor.