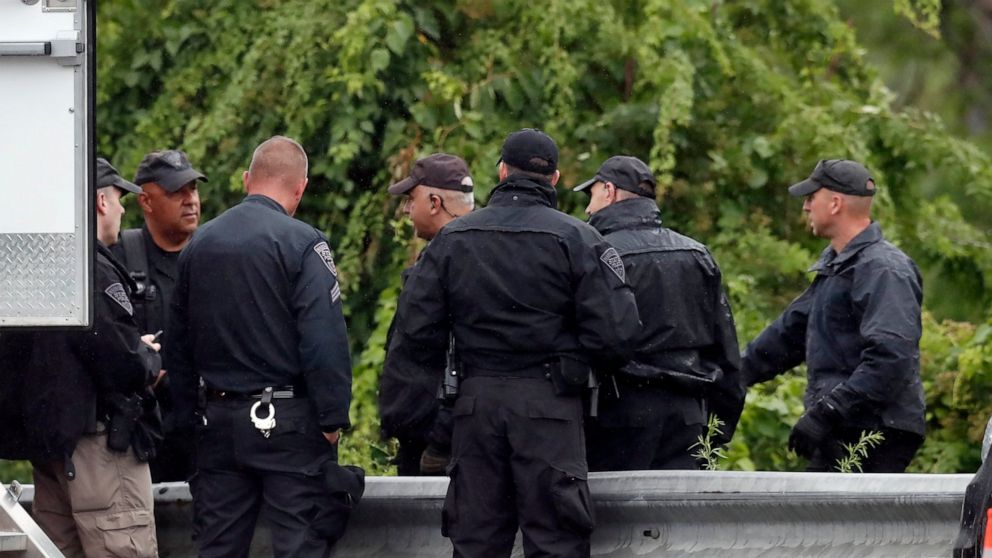 WAKEFIELD, Mass. — The Massachusetts State Police have identified eight of the 11 males who were arrested following an hourslong armed standoff that partially shut down Interstate 95.

They were charged with a variety of offenses, including unlawful possession of a firearm and ammunition and the use of body armor in commission of a crime, police said in a news release issued late Saturday.

The group refers to itself as a militia and said they adhere to “Moorish Sovereign Ideology,” police said.

One of the people arrested was a male juvenile and two others refused to give their names.

The standoff began early Saturday when a Massachusetts State Police trooper stopped to offer assistance to the vehicles he found on the side of the highway in the town of Wakefield. Police later said they were refueling.

The trooper called for backup and most of the group went into the nearby woods until they surrendered to a police tactical team just after 10 a.m. The standoff closed Interstate 95 in the area during the busy holiday weekend and some area residents were told to shelter in place.

The group told police they traveling from Rhode Island to Maine to conduct “training.”

None of the men, who were dressed in military fatigues and body armor and were armed with long guns and pistols, had a license to carry firearms in Massachusetts.

During the standoff one member of the group broadcast on a social media account of the group “Rise of the Moors” that they were not antigovernment or anti-police.

The website for the group says they are “Moorish Americans dedicated to educating new Moors and influencing our Elders.”

“This particular group, Rise of the Moors, is actually interested in that so that makes them unusual for groups within this movement,” Pitcavage said.

“I find it very ironic… that the Moorish sovereign citizen movement is so large and active, they actually repeat many theories that were actually cooked up, again many years ago, by white supremacists,” he said.

Police said the adults arrested Saturday are from Rhode Island, New York and Michigan. They will be each be held at the Billerica House of Correction on $100,000 cash bail. They are due in court later this week.

It could not immediately be determined if the suspects have lawyers.