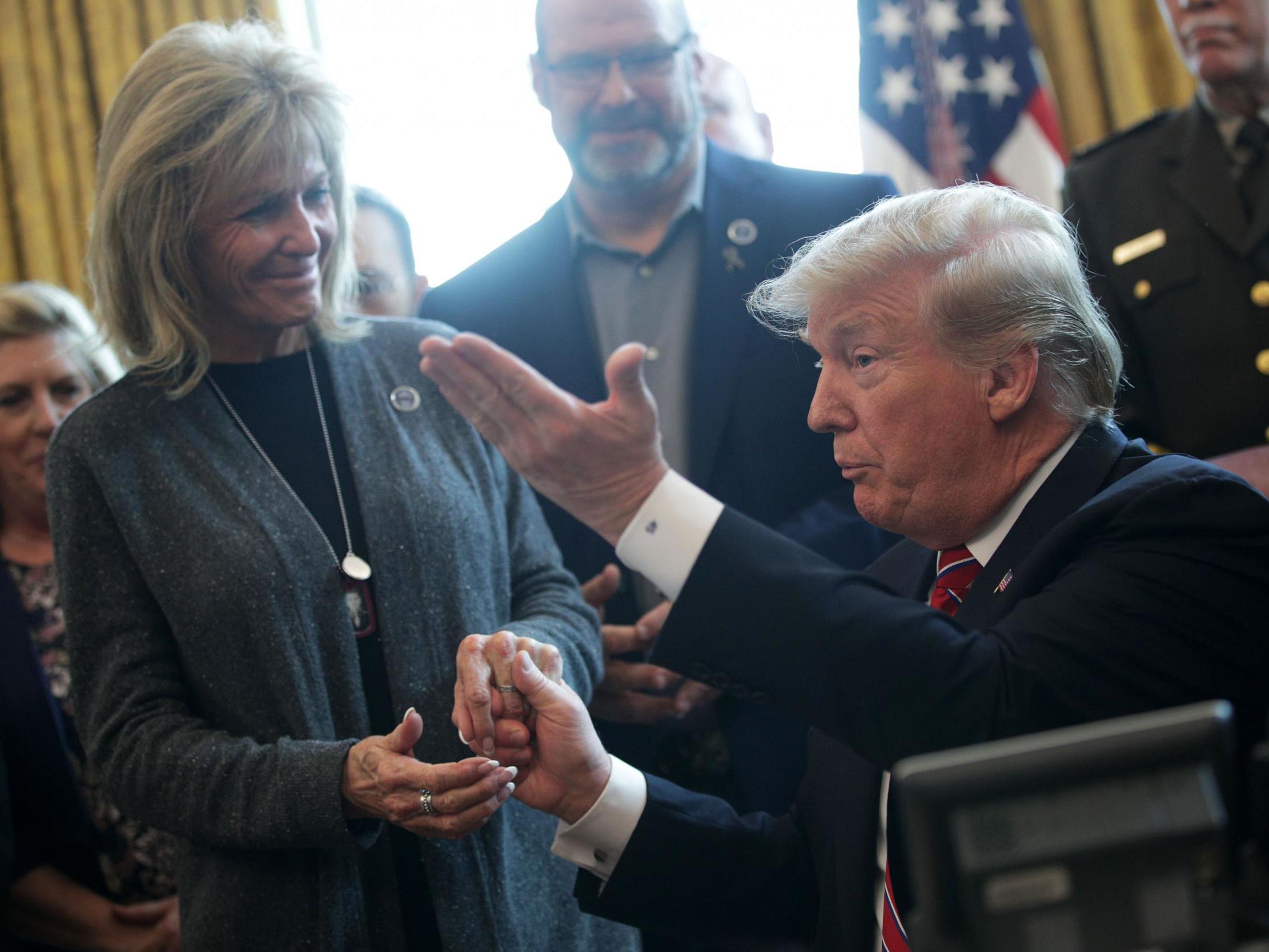 Mary Ann Mendoza, who was due to speak at day two of the Republican National Convention (RNC) on Tuesday night, was dropped at the last minute after she promoted an antisemitic Twitter thread.

The campaigner against illegal immigration had urged her 41,300 Twitter followers to “do yourself a favour and read this thread”, which contained a string of antisemitic and QAnon-linked conspiratorial claims, including a reference to The Protocols of the Elders of Zion.

She swiftly deleted her message after it was reported in US media and later issued an apology. She has now locked her Twitter account.

Sharing the full story, not just the headlines

She wrote: ”I retweeted a very long thread earlier without reading every post within the thread. My apologies for not paying attention to the intent of the whole message.

“That does not reflect my feelings or personal thoughts whatsoever.”

Ms Mendoza’s son, a police officer, was killed in 2014 in a car crash involving an illegal immigrant.

She had been due to tell the convention that Donald Trump was the ”first political leader we’ve ever seen take on the radical left to finally secure our border and to end illegal immigration since day one”.

“I’ve met him many times and I know what’s in his heart … I know what he hopes and dreams for this country,” she had planned to say, according to ABC News.