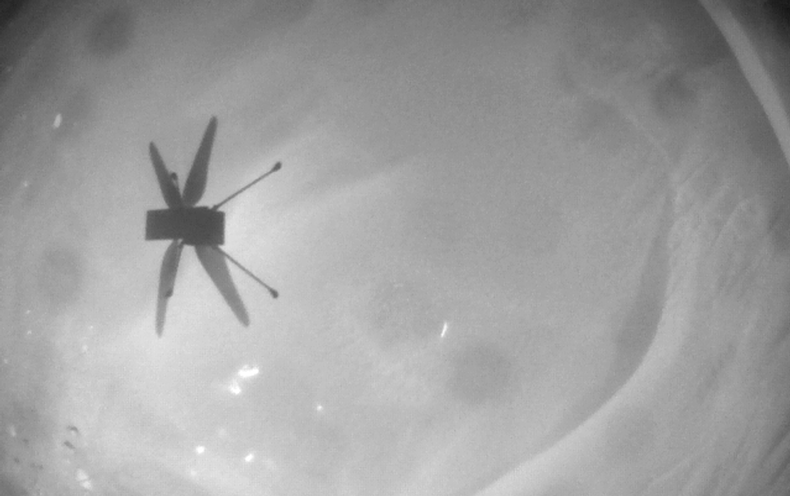 The 4-pound (1.8 kilograms) Ingenuity stayed aloft for 101.4 seconds and reached a maximum altitude of 33 feet (10 meters) during the sortie, which took place on Sunday (March 20), according to a Monday (March 21) tweet by NASA’s Jet Propulsion Laboratory (JPL) in Southern California, which manages Ingenuity’s mission.

Ingenuity and NASA’s Perseverance rover landed together inside Mars’ Jezero Crater in February 2021. Jezero hosted a lake and a river delta billions of years ago, making it a great spot for the life-hunting, sample-caching Perseverance to explore, NASA officials have said.

The little chopper quickly aced its five-flight original mission, which was designed to show that aerial exploration is possible on Mars. After this success, NASA granted Ingenuity a mission extension, during which the rotorcraft has been serving as a scout for Perseverance.

The rover’s handlers are currently steering Perseverance toward an accessible part of the ancient delta, and Ingenuity’s observations are helping them pick the best route, mission team members have said.

During its first 21 flights, Ingenuity flew a total of 15,247 feet (4,647 m) and stayed in the air for nearly 39 minutes, according to a flight log maintained by the mission team.

Those numbers should continue to grow beyond the additions provided by Sunday’s flight; Ingenuity is in good health, JPL officials have said, and NASA recently extended the helicopter’s operations again, through at least this September.

Copyright 2022 Space.com, a Future company. All rights reserved. This material may not be published, broadcast, rewritten or redistributed.