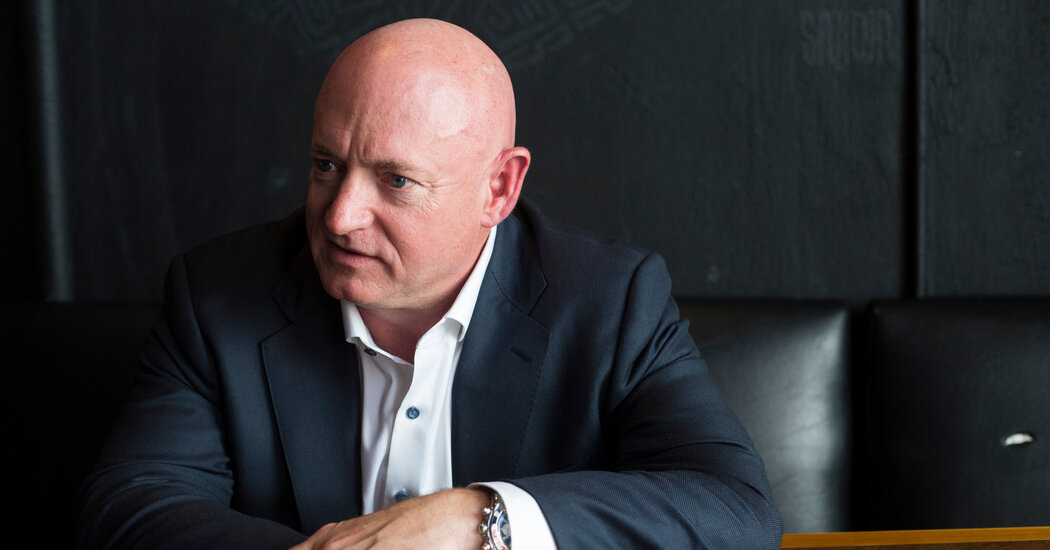 TUCSON, Ariz. — Democrats have almost no power to stop a pre-election vote on President Trump’s nominee to replace Justice Ruth Bader Ginsburg on the Supreme Court, but they see a glimmer of hope in a bank-shot scenario if they capture a Senate seat in Arizona in the November election.

If Mark Kelly, the Democratic nominee, wins, he could be seated in the Senate as early as Nov. 30, six weeks before the other winners are sworn in, according to elections experts from both parties. Mr. Kelly currently leads Senator Martha McSally, a Republican, in the polls.

There are many ifs: If the Arizona results can be rapidly certified, and if Senate Republicans hold a confirmation vote in the postelection lame-duck session and if three Republicans defect, Mr. Kelly could cast the deciding vote to defeat Mr. Trump’s as-yet unnamed pick to the high court.

Such a scenario is possible (if not probable) because Ms. McSally, who was sworn in in 2019, was appointed, not elected. The Arizona Senate race this year is a special election, and under state law the winner can be seated pending a final review of the election results, known as a canvass, completed at the end of November.

“I think it’s clear that should Mr. Kelly win that seat, he would take office upon the canvass,” said Timothy La Sota, the former general counsel for the Arizona Republican Party, who has litigated cases in special elections.

“I think there will be some legal wrangling if it’s close,” he added. “But if it’s not close, there won’t be. There has to be a close race that’s important enough for people to fight over.”

Lawyers said the process could be slowed by findings of significant election irregularities, or lawsuits — a distinct possibility given the arms race waged by both presidential campaigns, which are gearing up for legal battles over mail-in balloting and other issues.

There are also a few procedural choke points. Arizona’s 15 counties must first canvass the results of their election before the state can officially call the election. Although counties are required to do that by a certain date, there’s no penalty in the law for counties that refuse.

Still, state officials from both parties said they would do nothing to slow down the process of seating the winner as quickly as possible, no matter who wins.

“We’d given this no thought prior to yesterday’s news,” said Daniel Scarpinato, chief of staff to Gov. Doug Ducey, a Republican who supports Mr. Trump. “This all seemed theoretical. Now it is not. At first blush, it appears we have a limited role. But we are going to research the law and we are going to follow it.”

Mr. Kelly, a former astronaut who is married to former Congresswoman Gabrielle Giffords, holds a steady and substantial lead in a state that seems to be tilting away from Mr. Trump after his 4-point margin of victory in 2016. Mr. Kelly held an 8-point lead over Ms. McSally in a recent New York Times/Siena College poll.

Mr. Kelly has emphasized local issues to avoid being perceived as too closely associated with the national Democratic establishment, given that independence is a prime political selling point in this western state. He has not yet commented on Mr. Trump’s intention to ram through a nomination before the election, but Democrats close to him say he is opposed to it.

By contrast, Ms. McSally — who has adopted a Trumpian approach that includes attacking the news media — quickly announced on Friday that she backed a plan by Senator Mitch McConnell to force a floor vote on a nominee while Mr. Trump was president, saying she would vote for whomever he named.

At 8:49 p.m. she tweeted out her condolences to Justice Ginsburg’s family; 15 minutes later, she wrote, “This U.S. Senate should vote on President Trump’s next nominee for the U.S. Supreme Court.”

Within 24 hours of Ms. McSally’s tweets, the 3.14 Action Fund, a pro-Democrat political action committee, seized on Ms. McSally’s statement in a fund-raising email. “Within minutes of learning of a Supreme Court vacancy, Martha McSally became the FIRST Senator to announce she will vote for ‘WHOEVER’ Trump and McConnell tell her to as soon as possible,” the solicitation read.