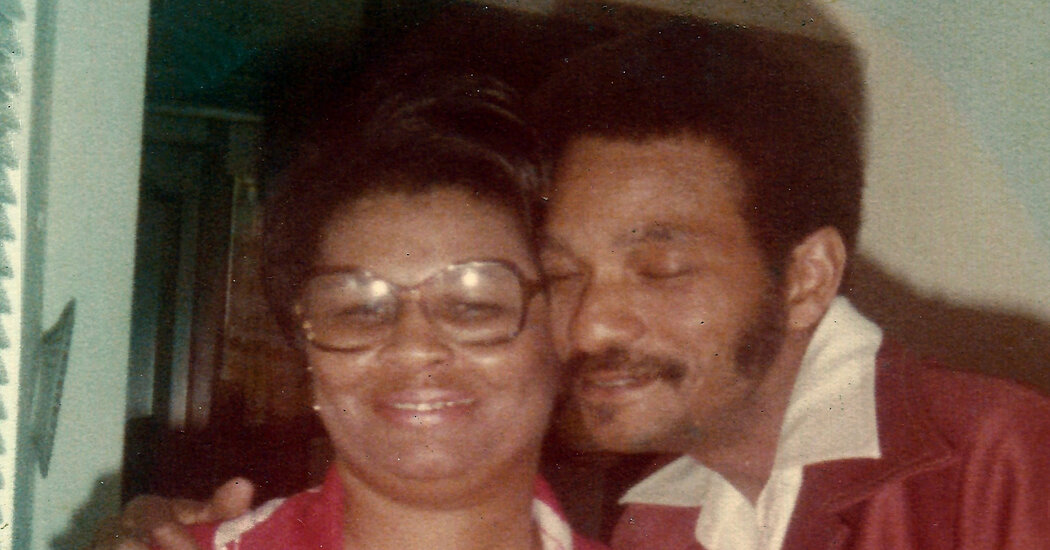 Margaret and Jimmy Shaw grew up with humble means in a Georgia town with no streetlights or indoor plumbing. They were teenagers when they got married — without telling their parents, walking back to their separate family homes from the ceremony. They remained married for nearly 63 years, even seeing their grandchildren go to college.

But it was one with an ending unique to 2020. They died of the coronavirus within 24 hours of each other, in separate hospital rooms, without relatives or friends around them. Ms. Shaw, who did not own a cellphone, did not even know how her husband was faring while they were hospitalized in North Shore Medical Center in Miami. “But when he made his transition, I think she knew,” Ms. McGee said.

In addition to Ms. McGee, they are survived by three children, seven more grandchildren and 11 great-grandchildren, as well as a sister on Ms. Shaw’s side and two sisters on Mr. Shaw’s.

From their start in Fort Gaines, Ga., on the border of Alabama, their lives did not come easy. Both left high school before graduation, though they later got degrees. At mealtimes in Miami, Mr. Shaw would abstain until his wife and children had finished eating, then scrape whatever food was left onto a plate for his dinner.

When The Miami Times, South Florida’s most influential Black newspaper, commemorated the couple’s 50th anniversary in 2007, Ms. Shaw defined a good marriage knowingly as one in which “you learn from your mistakes, because everyone makes mistakes.”

It was a lesson they shared regularly at Mount Carmel Missionary Baptist Church, which was a center of their lives for more than 50 years. Mr. Shaw became a church deacon, and both taught Sunday school and worked in various church projects.

“Not only did they live the life, but they also taught by how their life was,” June Thomas, the church clerk, said in a phone interview. “They taught that life is not always peachy keen. You are going to have hard times, and you can survive the hard times. They were real people. They didn’t sugar coat things.”

Margaret Louise Wallace was born on Oct. 14, 1940, in Pahokee, Fla., the second of four children of Sanford and Sarah Holmes Wallace. She grew up on farmland once owned by the family that enslaved her ancestors. Jimmy Turner Shaw was born on April 14, 1940, in Shorterville, Ala., the last of 14 children of Mark and Lucy McAllister Shaw. His parents were farmers.

They met in a store in Fort Gaines, where both families had moved, and by the time they made their way to the county clerk to get married at 17, they were expecting their first child.

Fort Gaines offered few opportunities, so the couple moved to the Overtown section of Miami, where they raised their three daughters, Lutricia, Connie and Kathy. The city in the early 1960s was deeply segregated, and when Mr. Shaw found work as a pastry chef in Miami Beach, he had to carry papers while traveling there at night. Sometimes he held multiple jobs.

Ms. Shaw cleaned houses and worked as a supermarket cashier.

They had their own bakery for a while, Maggie’s, but could not maintain it as a business.

Both had health challenges that tested their marriage. Mr. Shaw suffered from diabetes and alcoholism, but stopped drinking as he got more involved in the church. Ms. Shaw had cancer of the bladder and kidneys that eventually went into remission; then she developed chronic obstructive pulmonary disease.

Through it all their home was an oasis, especially when Ms. Shaw was cooking and singing. On Sunday mornings the house would fill with the smells of biscuits baking and the sounds of gospel music on the radio, with Ms. Shaw’s voice soaring beautifully above the broadcast.

“Grits and bacon and sausage,” Ms. McGee said of those mornings in their home. “That was always the place to go.”

Ms. McGee said that she looked to her grandparents as models of resilience, especially in hard times. “I watched my grandparents stick together, and that was the marriage I wanted,” she said, acknowledging the difficulties they faced. “They kept it real. Granddaddy might have been a little sweeter with it, but my grandmother didn’t sugar coat it. She was tough love. And we always put God first.”