March on Washington: Protesters reflect on the significance of the march this year 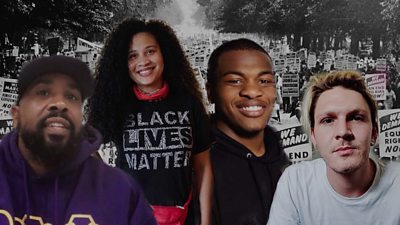 Thousands of protesters are expected to gather in the US capital on Friday to commemorate the historic 1963 civil rights March on Washington.

The protest, marking the 57th anniversary of Martin Luther King Jr.’s “I Have a Dream” speech, was organised earlier this year in response to the police killing of George Floyd in Minneapolis in May.

The BBC spoke to some of those planning to attend about why it was important to them, and what – if anything – has changed for black people in America since 1963.