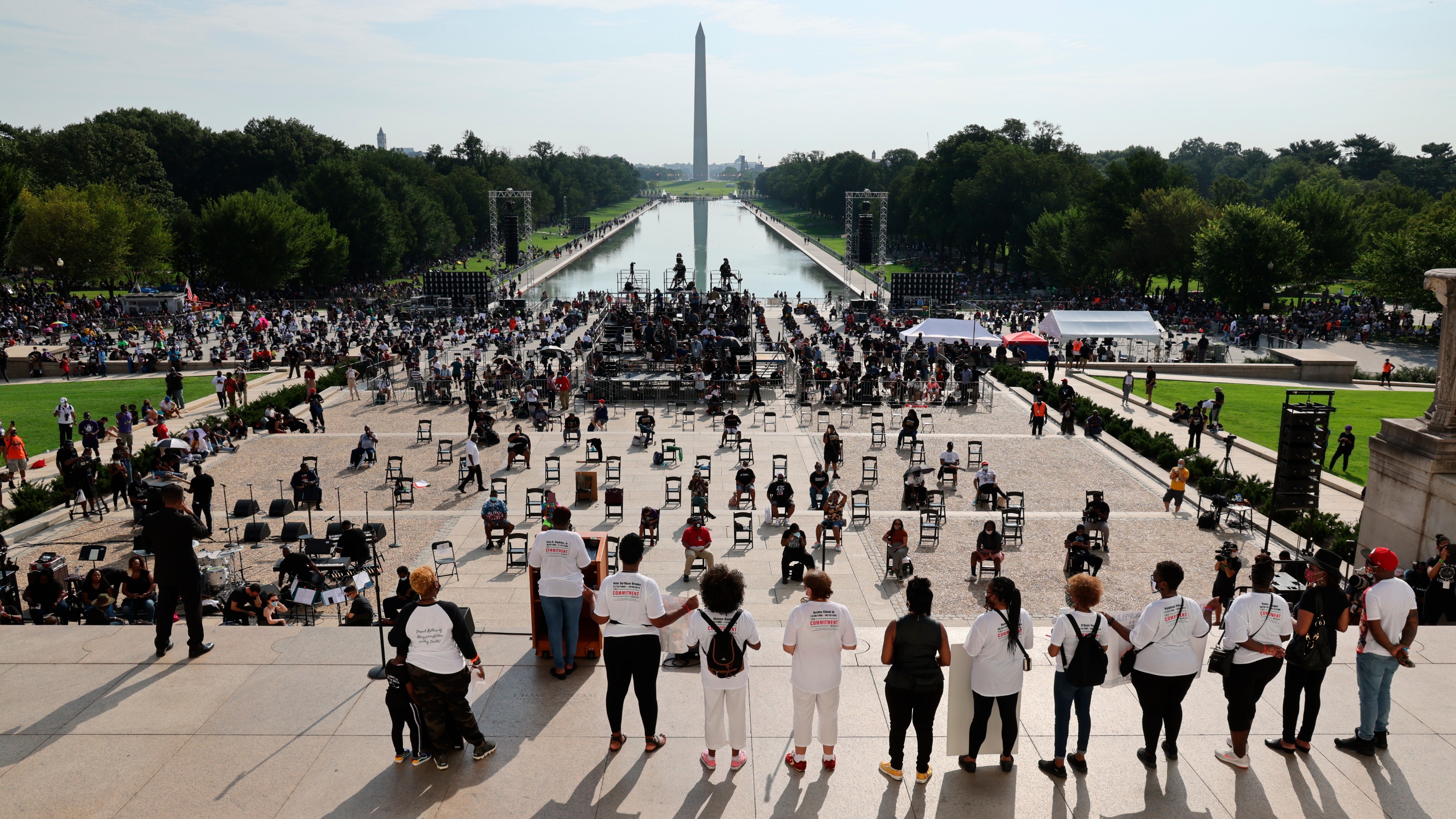 Capping a week of protests and outrage over the police shooting of a Black man in Wisconsin, civil rights advocates began highlighting the scourge of police and vigilante violence against Black Americans at a commemoration of the 1963 March on Washington for Jobs and Freedom.

An estimated thousands have gathered Friday near the steps of the Lincoln Memorial, where the Rev. Martin Luther King Jr. delivered his historic “I Have A Dream” address, a vision of racial equality that remains elusive for millions of Americans.

National Action Network founder Rev. Al Sharpton announced the protest dubbed “Get Your Knee Off Our Necks” — which comes on the 57th anniversary of the 1963 March on Washington — in his June 9 eulogy for George Floyd, a Black man who died in Minneapolis police custody.

VIOLENT CLASHES IN BETWEEN PROTESTERS, POLICE AFTER RNC

The protest, which is being livestreamed by Facebook, started at the Lincoln Memorial and will end at the Martin Luther King Jr. Memorial around 3 p.m., according to an online schedule.

2020 Democratic vice presidential nominee Kamala Harris announced Thursday that she would be joining the event virtually at 11 a.m.

The families of Black Americans who recently died in officer-involved shootings and other incidents, including Floyd, Breonna Taylor and Eric Garner will be leading the march, which comes after a summer of civil unrest following Floyd’s death on May 25.

Attorney Benjamin Crump, who is representing Jacob Blake — a Black Wisconsin man in critical condition after an officer shot him in the back seven times on Sunday — will also be present.

“We are tired of the mistreatment and the violence that we, as Black Americans, have been subjected to for hundreds of years,” Sharpton said in a Thursday statement. “Like those who marched before us, we are standing up and telling the police, telling lawmakers, telling the people and systems that have kept us down for years, ‘Get your knee off our necks’.”

Martin Luther King III, a son of the slain civil rights leader who will also be at the event, said Americans “are in the midst of the largest civil and human rights movement in history. Now is the time and this is the generation that can realize the dream my father spoke of 57 years ago.”

“Black Americans are still bearing the same hardships my father worked to eradicate, and the only way we can hope to see the future he dreamt of is by continuing the peaceful and radical work he began years ago,” King said.

Out-of-state visitors have been restricted from entering the city due to coronavirus lockdowns, but Sharpton called on protesters in other states to organize their own marches and make demands to state senators. Protesters are also expected to commemorate the late Rep. John Lewis, D-Ga., who was the last living speaker from the 1963 march before he died on July 17.

Protesters are required to wear masks, according to the organization’s website.