Making a Camera for the James Webb Space Telescope 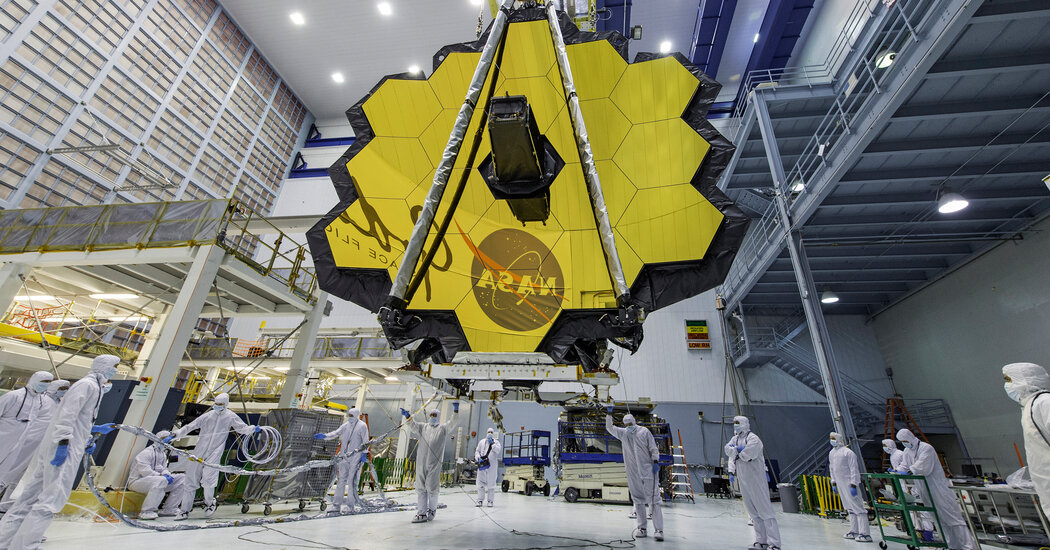 This interview is part of our latest Women and Leadership special report, which highlights women making significant contributions to the major stories unfolding in the world today. The conversation has been edited and condensed.

Marcia J. Rieke, 70, is the research group leader for the near-infrared camera, or NIRCam, on the James Webb Space Telescope, a $10 billion effort to explore the far reaches of the universe.

As principal investigator, you were responsible for designing and building the NIRCam, and now it’s your job to make sure it will work almost a million miles from Earth. How nerve-racking is that?

Being responsible for an instrument like NIRCam is like a repeated roller coaster ride. There’s the high point when you have the joy of seeing things work as you had hoped. There’s a low point, especially early on, when something breaks and the design needs to be modified. And then there’s waiting for the next ride, such as launch. Of course, the highest points will be when fantastic data are gathered, great papers are written about the discoveries and the younger people on the team get great jobs.

How did you feel when the satellite was safely launched? What was it like to learn that its mirrors, heat shields and other components unfolded and locked into place without a hitch?

Watching a rocket launch on Christmas morning was quite a novel experience. Learning that the launch was perfect in terms of direction, velocity and fuel consumption was icing on the cake. However, having all the deployments go so smoothly after many doubted that this could be done justified my faith and trust in the fabulous Webb team.

NIRCam has the potential to capture light emitted just after the Big Bang, nearly 14 billion years ago, that is only now reaching our galaxy. You have now seen some images. How did it feel?

After traveling nearly one million miles, the James Webb Space Telescope arrived at its destination. It will spend years observing the cosmos.

We’ve gotten the first images and we’re super happy. The entire Webb team is ecstatic at how well the first steps of taking images and aligning the telescope are proceeding.

How did you surmount the engineering and operational hurdles in designing and building the NIRCam?

I had a lot of help in sketching out the initial design that we turned in with our original proposal. And then the engineers at Lockheed were very good at coming up with a way to assemble NIRCam at room temperature but have it meet all of the demanding requirements when it’s cold.

When did the astronomy bug bite you?

As a kid, I read astronomy and science fiction books from the public library and became enchanted with the idea of visiting other planets. When I was in junior high, I worked as a babysitter and saved money to buy myself a telescope.

Is that what brought you to M.I.T. from Midland, Mich.?

When I went to M.I.T., I thought I would become an astronaut. So I started out majoring in aeronautical engineering. But engineering, at least as portrayed in the freshman class that I took, wasn’t that exciting.

So you switched fields and went on to earn your Ph.D., also at M.I.T.?

I actually was a physics student, but that’s one of the roots into astronomy.

This was in the late 1960s. How was it to be a woman in your field back then?

My entering class was one of the first ones where M.I.T. made a big push to get more women accepted. In my class, there were something like 73 women out of 1,000 incoming students. That isn’t a big number, but it was a lot bigger number than had been coming in before.

Were faculty and other students dismissive or accepting?

They were happy by and large because the institute was making an effort to get more women. We were pretty well accepted. The only M.I.T. class where I was the only woman was a Western civilization class, and I got quite annoyed sometimes with the professor because he would call on me to explain women’s worldviews. I’m one person, I’m not all women.

Do you think women bring a different set of perceptions to astronomy?

I have sensed over the years that different people come to conclusions by following different paths, and that is one reason it is good to have diversity.

What advice was most helpful in your career?

People need to do something they love doing. Find your passion and go for that.

In the scientific field right now, if you apply for time on a telescope or you write a proposal to get funding, the competition is really severe. I try to encourage young folks not to give up. Keep trying; you’ll get there.

How would you advise young women today who want to pursue a career like yours?

Almost all Ph.D.-granting research institutions have programs to encourage women in STEM; if you’re nervous or hesitant, seek out places where you can get advice and support. I was a pretty independent character, but I know some people are not quite so confident in their abilities. If you’re not feeling confident, find women to talk to. That’ll make you feel better and keep you going.