Maki, the lemur stolen from San Francisco Zoo, dies at 22 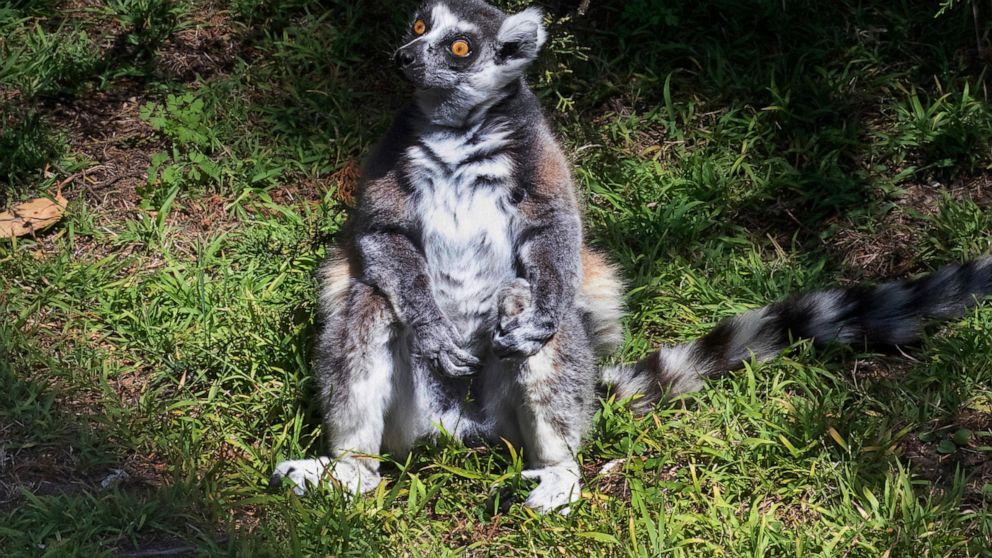 Maki, a ring-tailed lemur who made headlines when he was stolen from the San Francisco Zoo & Gardens in 2020 and then found and returned, has died at the age of 22

SAN FRANCISCO — Maki, a ring-tailed lemur who made headlines when he was stolen from the San Francisco Zoo & Gardens in 2020 and then found and returned, has died at the age of 22, the zoo announced Friday.

Maki died on Thursday after suffering from acute kidney disease and advanced age, the zoo said in a statement. He was among the zoo’s oldest lemurs. The median life expectancy of a ring-tailed lemur is around 16 years.

“The fact that Maki survived his ordeal to thrive among his group for more than a year-and-a-half is truly remarkable,” said Tanya M. Peterson, CEO and executive director of San Francisco Zoological Society. “Maki became a symbol of resilience and bravery, becoming a fan favorite. His story increased awareness of endangered lemurs worldwide. We are heartbroken for this loss.”

In October 2020, a thief broke through a locked door leading to the lemur enclosure and took the aged, arthritic animal. A day later, a 5-year-old boy spotted Maki in the parking lot of a church preschool in Daly City, about 5 miles (8.05 kilometers) from the zoo.

Maki scurried to the school playground and took refuge in a miniature play house until authorities managed to coax him into a transport cage and he returned to the zoo.

A suspect was arrested and charged with violating the Endangered Species Act.

Both Maki and the boy, James Trinh, were later honored by Mayor London Breed in a ceremony on World Lemur Day.

Maki was among seven different lemur species sharing the zoo’s Lipman Family Lemur Forest. His favorite food was purple grapes — he didn’t like green ones, said Lori Komejan, his caretaker.

“He trusted his caretakers like no other lemur and, as the lowest-ranking of his ring-tailed lemur group, he often chose to eat next them rather than his group,” the zoo said.

“His personality filled the forest, and he will be forever missed,” Komejan said in the zoo statement.