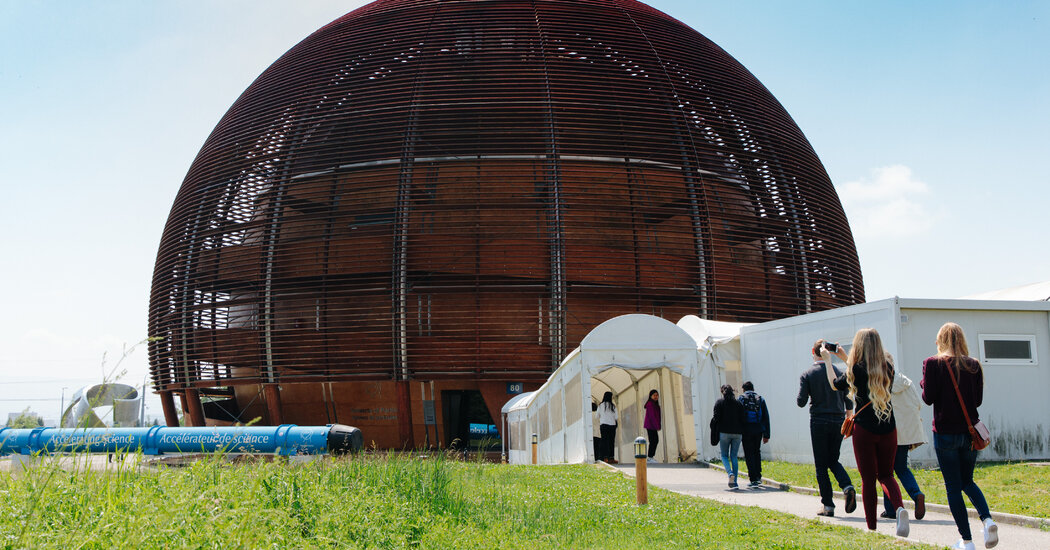 “I believed then and I believe now that those contacts are of high importance,” he said in an email. “However, what Putin and the Russian military have done in the name of the Russian Federation is so egregious that I strongly support the CERN Council’s decision.”

What all this means for individual scientists at CERN is unclear. In a note to the lab, Dr. Gianotti insisted that nobody was being sent home and that ongoing collaborations were being maintained, at least for now.

Iran nuclear deal. A European Union official said that talks on reviving the 2015 deal were put on pause following the invasion. Russia, a signatory to the accord, has tried to use final approval of the deal as leverage to soften sanctions imposed because of the war.

Joseph Incandela, a physicist at the University of California, Santa Barbara, who led one of the teams that discovered the Higgs boson, elaborated. “Those who are here can continue to come to the lab and do their work,” he said. “Those who come in from Russia can still get here via somewhat more circuitous flight paths if they are allowed to do so by Russian authorities. They are not restricted from entering CERN.”

However, Lisa Randall, a theoretical physicist at Harvard, noted in an email: “Given there are no flights, and presumably equipment transfers won’t happen, I am not sure about the implications of continued collaboration.”

Thus far, CERN’s plans to restart the Large Hadron Collider in April, following three years of repairs and improvements, remain on track, according to Mike Lamont, CERN’s director for accelerators and technology,

So the promise of a narrow bridge of communication survives. In an email, Michael Turner, a physicist with the Kavli Foundation in Los Angeles and past president of the American Physical Society, stressed the value of these informal working relationships. “Scientists are often very influential members of their societies,” he noted, and their interactions are a reminder “of the humanity of all individuals, even those in countries whose leaders are doing outrageous things.”

“That being said,” he added, with regard to Russia’s actions, “I think the entire world is trying to figure out what to do.”