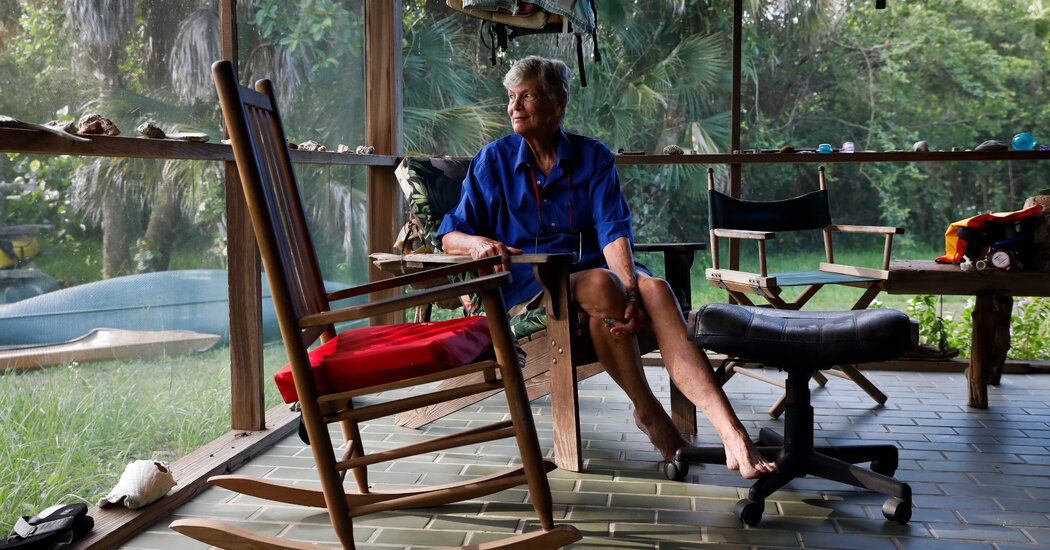 Her most public environmental fight began in 2013, when Lake Point Restoration, a company with a limestone mining operation in Martin County, sued her for contract interference. She had sent emails urging county commissioners to back out of a deal with Lake Point that she feared would destroy wetlands and cause other harm.

In court, Ms. Hurchalla argued that she had exercised her First Amendment rights. But Lake Point countered that she had improperly instructed commissioners and made false claims that cost the company money. Lake Point offered to drop the case if she publicly apologized. She refused.

In 2018, a jury ruled against Ms. Hurchalla — and decided that she should pay Lake Point $4.4 million in damages. She did not have the money. Sheriff’s deputies seized two kayaks and a 2004 Toyota Camry that used to belong to her sister, before Lake Point returned them. Last year, the U.S. Supreme Court denied Ms. Hurchalla’s request to hear her appeal in the case.

“I’m not at all sorry that I have spent the last seven years fighting” for the First Amendment, she said in an email to The New York Times following the high court’s decision. “Meanwhile, I’m going kayaking and I’m going to keep on saying what I think.”

Margaret Sloan Reno grew up the third of four children in a rural Miami-Dade County homestead on the edge of the Everglades, with backyard peacocks, raccoons and donkeys. The Miami Herald paid to connect the property to a phone line so that her father, Henry Olaf Reno, a police reporter, could call police departments every morning, hunting for a scoop.

He was tickled when his wife, Jane Wood Reno, a features writer for the rival Miami News, beat him on a story. Ms. Wood Reno, a naturalist, built most of the homestead by hand, despite having no background in construction.

At Swarthmore College, Maggy studied psychology and met Jim Hurchalla, an engineer. In 1968, they moved to the Rocky Point neighborhood of Stuart and built a home on a $5,000 lot on the banks of the Indian River.