Macy’s Is Auctioning Off Thanksgiving Day NFTs, And Bids Are Topping $300,000 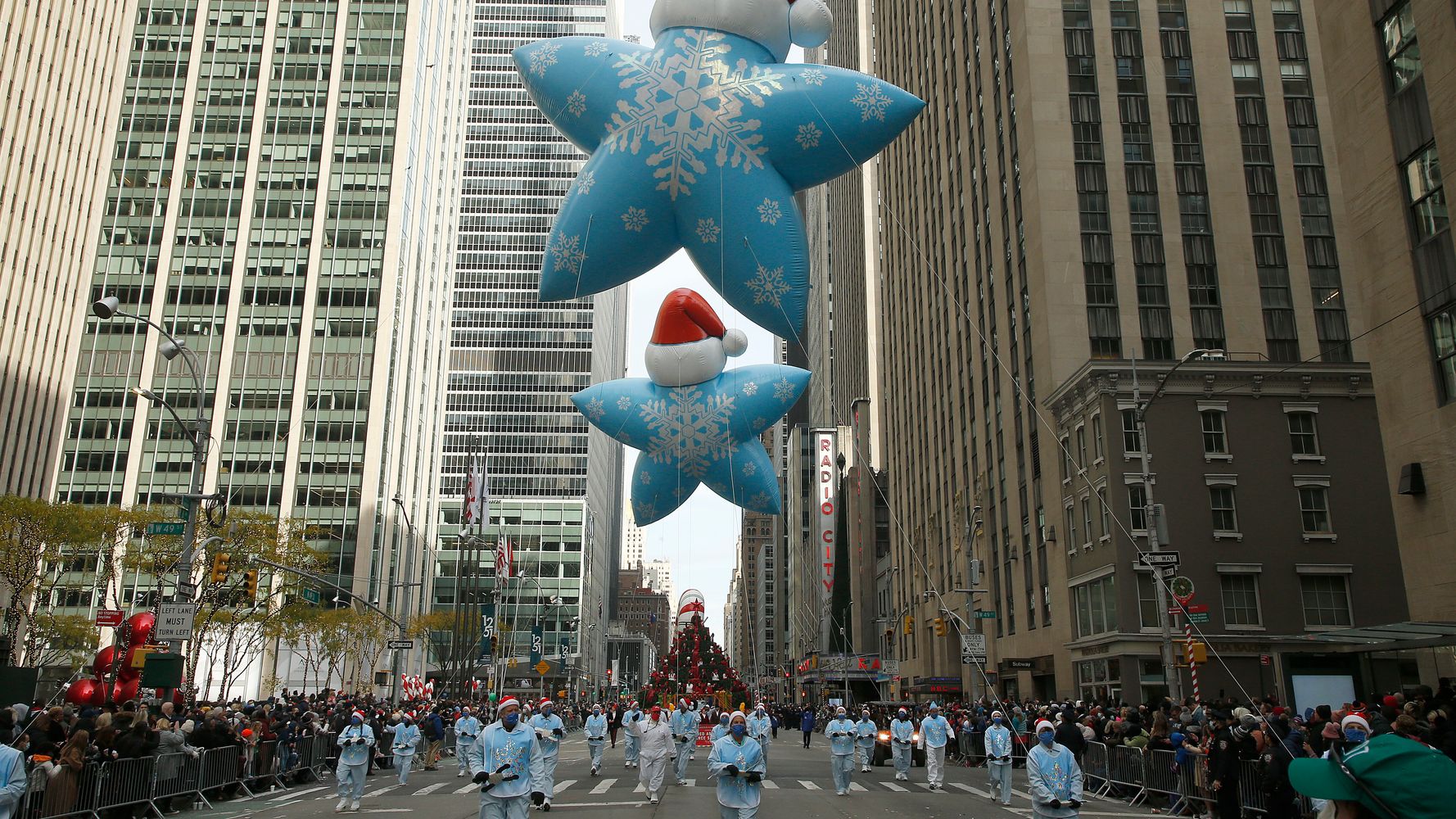 The sky’s the limit for Macy’s Thanksgiving Day balloons, as well as its NFTs.

Macy’s has launched a major crypto bidding war over non-fungible tokens, or NFTs, with the retail giant auctioning off 10 NFTs depicting its annual Thanksgiving Day parade in New York City for charity.

The 163-year-old retailer opened up bids last week on 10 unique moving holiday graphics, leading to people placing hundreds of thousands of dollars in bids as of Thursday afternoon.

The graphics each feature a parade participant cheerfully marching below a giant bobbing balloon in front of the retailer’s historic Herald Square department store in Manhattan. Each of the images is listed as depicting different decades of the parade, beginning with the 1920s when the parade was first launched.

As of Thursday afternoon, Macy’s “Fireman” balloon NFT had the lowest bid of $10,500. The top bid was for one titled “Happy Dragon,” which hit an eye-watering $310,000. This bidding war, which began Nov. 19 and ends Monday, follows 9,500 lower-quality versions of these 10 being given away free earlier in the day.

NFTs are essentially digital certificates that record uniqueness and ownership of an asset, such as digital art. Being non-fungible, there is only one like it, so it cannot be replaced equally with another. Despite how identical the artworks may appear, they are not the same.

No matter how you may feel about NFTs, they are taken extremely seriously, with people spending millions of dollars to purchase individual ones.

Artist REO, who’s credited with designing Macy’s NFTs, said in an Instagram post on Thursday that he’s “always cautious of a cash grab” or a company just wanting to be “relevant in the nft/crypto space” when he’s asked to help create NFTs for them.

When he was approached by Macy’s about making its NFTs, he said he agreed after learning it had promised to donate all proceeds to the nonprofit Make A Wish Foundation, which helps fulfill the wishes of children with critical illnesses.

“I’m so blessed to be able to use my gift to make some kind of positive change in this world,” he posted.